The Christmas 2016 gift guide for gamers on Android

'Droid to the world

It's Christmas, a time of receiving. But in order to receive, there has to be some kind of mutually agreed giving involved. Sorry, that's just how it works.

So, what to get for the mobile gaming love of your life/mild acquaintance? We've run through some gift ideas for iOS gamers, and now it's the turn of Android.

We're going to tackle Google's platform a little differently to Apple's. When it comes to buying an iOS gift for someone, 'buy an iPhone' or 'buy an iPad' doesn't seem like particularly helpful advice.

When it comes to the dizzyingly varied world of Android, however, some hardware guidance is very much in order. There are plenty of great phones out there, but also a fair few duds.

Let's start with the Android phones and tablets themselves, then move onto some other ideas for those who already have a decent Android device.

Android phones have come an awful long way in the past four or five years. You can now find a fair few elegant and powerful handsets that will do everything you need of them - including gaming.

You don't need to pay iPhone prices for an all-round excellent Android phone, but if you want the very best that the platform has to offer, you kind of do. The Google Pixel and Google Pixel XL are as good as it gets for Android right now, with the very latest Snapdragon 821 processors, class-leading 12MP cameras, bold and sharp AMOLED screens, a fully optimised stock Android OS, and an iPhone 7-esque metal-and-glass design. 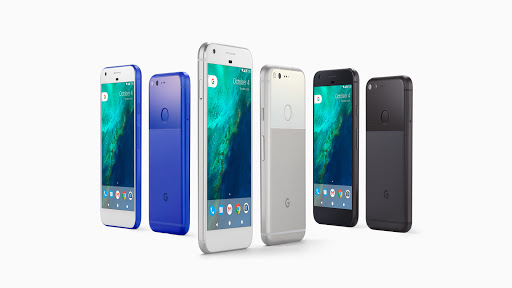 Oh, and these phones also support Google's new Daydream View VR platform, which is very promising. The one catch? You'll need to spend at least £599 on the Pixel and at least £719 for the XL. Like we said, iPhone prices.

Don't want to spend silly money on your Android gift? Then allow us to direct you to the OnePlus website. In recent years this plucky upstart has been turning out brilliant phones for scarcely believable prices.

Right now that means the brand new OnePlus 3T for £399. That's £200 less than the Pixel, yet you get the same cutting edge CPU, an attractive all-metal design, a punchy 5.5-inch AMOLED display, a fine and highly customisable UI, and oodles of battery life.

£80 less will get you the OnePlus 3, which is very similar indeed but for a slightly lesser CPU and battery. Both bargains.

Unlike the smartphone market, where you can find yourself an Android phone that's the match of the latest iPhone (see above), Android tablets have generally been seen as second class citizens compared to the almighty iPad. Ultimately, though, can get a really good tablet for a very reasonable price if you pick carefully.

Google's Pixel C is your most direct iPad equivalent. It starts from £399, which falls in between Apple's iPad Air 2 and iPad Pro 9.7 in price.

For that you get an excellent, pixel-packed 10-inch display, an Nvidia Tegra X1 CPU that's just built for gaming (Nintendo's forthcoming Switch portable will reportedly use something very similar), and stock Android as Google intended it. 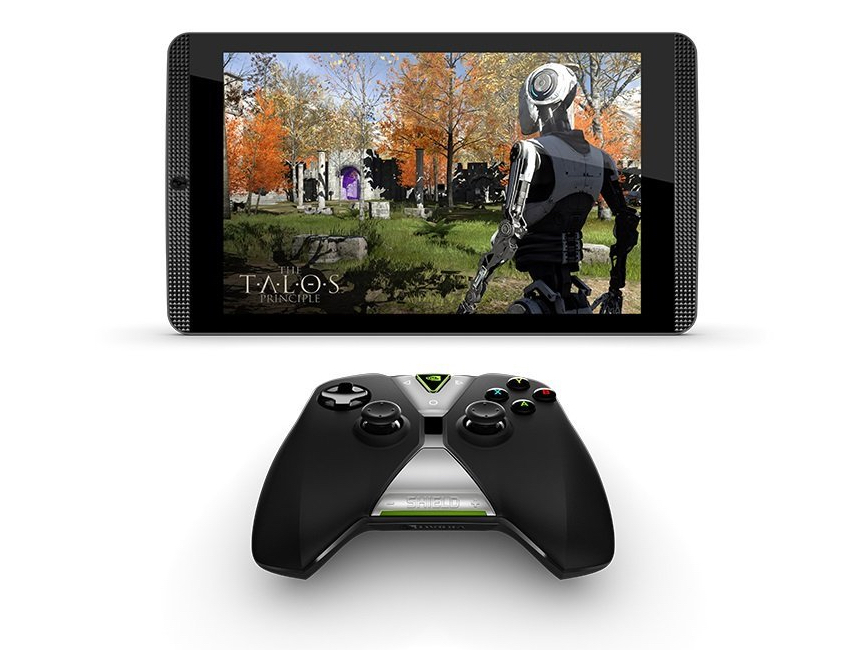 Too big or pricey for you? Check out the Nvidia Shield, which is powered by the Nvidia Tegra K1 CPU (less powerful than the X1 but still more than up to the gaming task). You also get a great 8-inch display and a design that's rugged rather than pretty. But who needs a pretty tablet? Especially not when it costs just £170.

Plus, the Shield has a gamey trick up its sleeve - you can add a proper controller and subscribe to the Geforce Now cloud service for a low monthly rate, which will effectively turn it into a portable PC gaming machine - provided you stick near a decent Wi-Fi connection.

Touchscreen games are great, but sometimes you want a physical set of controls - particularly on Android, where there's a considerable emulation scene.

There are loads of control pads out there to bring a little extra physicality to many of your games. We've mentioned the SteelSeries Stratus for iOS before, but the company also makes the Stratus XL for Android. It's an altogether more serious, console-sized controller with proper heft. 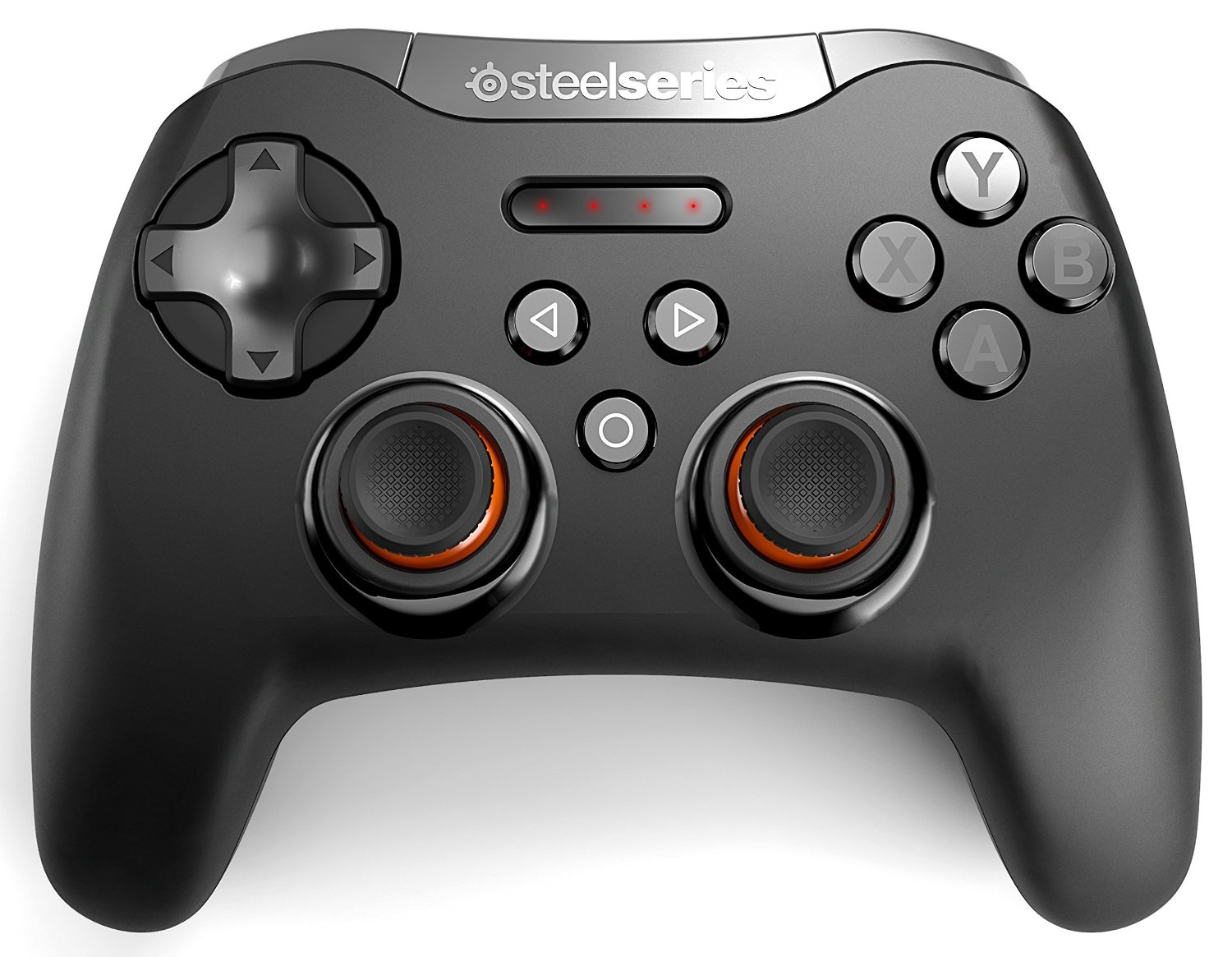 It looks and feels a lot like the Xbox One controller, with a similar array of buttons and two analogue sticks. That's no bad thing, as most seem to agree that Microsoft's pad is the best on the market.

Yes, it's tougher to lug around than its compact Apple-flavoured counterpart, but then Android owners have always been willing to do a little extra legwork in order to get a more nuanced experience.

If you're happy to sacrifice a little quality for greater portability, there's always Moga's offering. The Moga Pro Power similarly bases itself on the Xbox controller, but it has a built-in phone holder and will also charge your phone while you play.

Of course, the most simple and useful gift you can get for the avid mobile gamer who already has a top notch Android device is the means to buy more games.

Like Apple, Google has a range of Google Play Gift Cards that you can redeem against app purchases (as well as music, books, and movies). These come in £10, £25, and £50 variants. 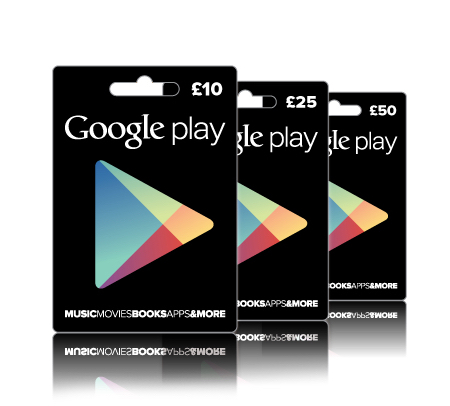 Basically, just hit your local high street and you'll probably find them near the tills in one or more of the shops there.