Apple's iPhone turns 10 next year, which might go some way to explaining why this year's offerings look so similar to the iPhone 6 and iPhone 6s lines.

Apple no doubt has something particularly special up its sleeves for 2017 but that's not to say that the iPhone 7 and its phablet sibling the 7 Plus are stop-gap releases - these are two of the most powerful smartphones in existence and offer some big plus points over previous models.

Oh, and we might as well address the elephant in the room early on - yes, they both lack a 3.5mm headphone socket. Does this brave move by Apple mean that you should pass on an upgrade this year? Let's find out. 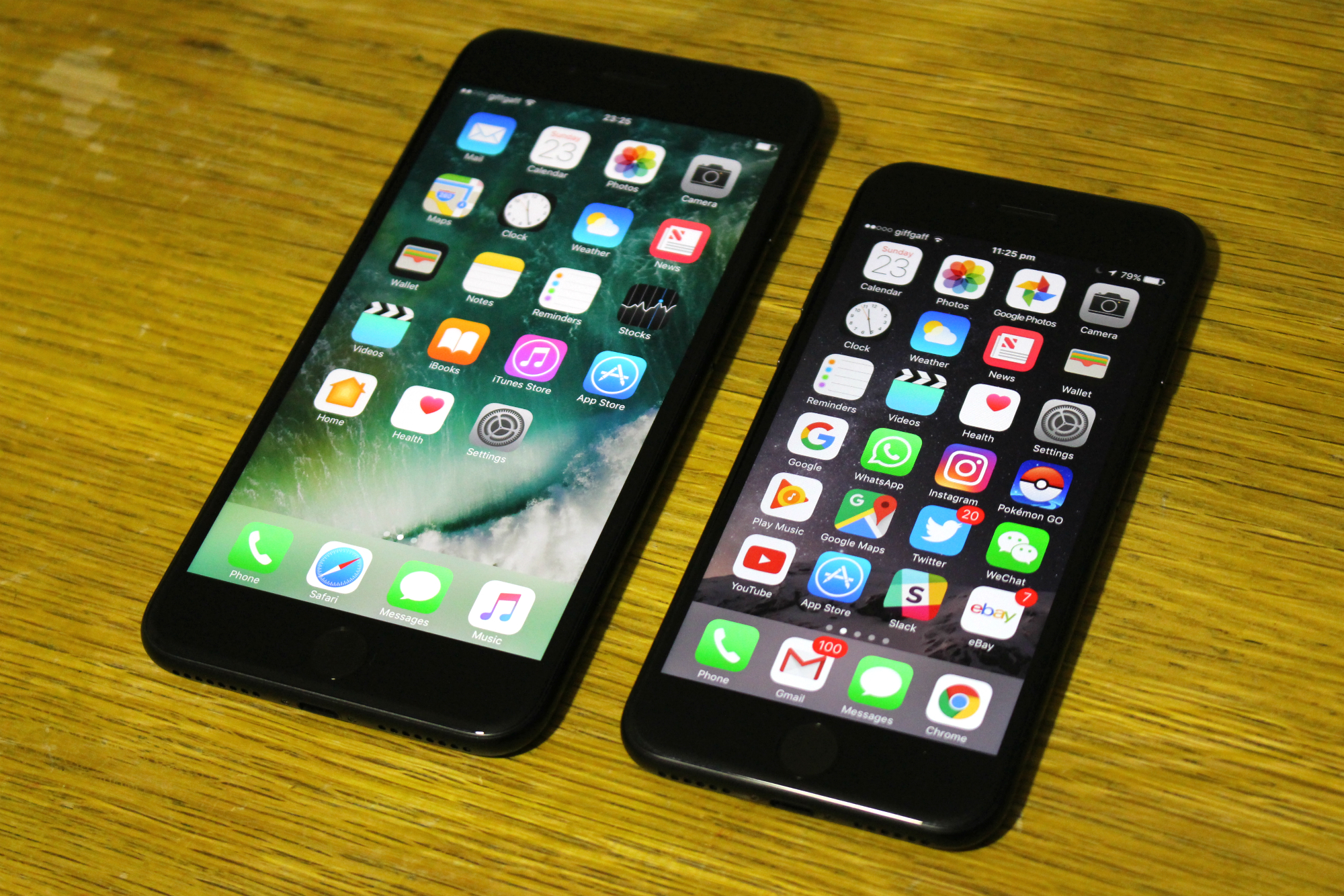 There's no escaping the fact that both the iPhone 7 and 7 Plus look very similar to their forerunners. Apple has stated that this year's phones are a "refinement" of the base design we've become used to in the past two years, which is no bad thing when you consider how iconic the iPhone 6 and 6s have become.

While many feel that the flat-sided iPhone 4 and 5 remain the company's best looking handsets, more recent models have influenced an entire industry - just look at Google's new Pixel, which is a dead-ringer for the iPhone 6.

Despite the striking similarity, there are differences worthy of note. The 3.5mm headphone socket is nowhere to be seen, and the plastic antenna bands have been pushed up to the top edges of the devices, making them less obvious (they're practically invisible on the matte and glossy black models, in fact).

Finally, the camera module has been changed slightly - there's still a noticeable bump which means that the phone doesn't rest entirely flat when placed face-up on a table, but the gradual rise on the sides of the lens make it a lot nicer to look at.

This year's iPhones are the first to offer IP67 certification, which means they're water resistant up to a depth of 1 meter for around 30 minutes. While this won't seem like a massive selling point to Android veterans who have enjoyed such protection for some years now, it's a welcome addition to the iPhone line. 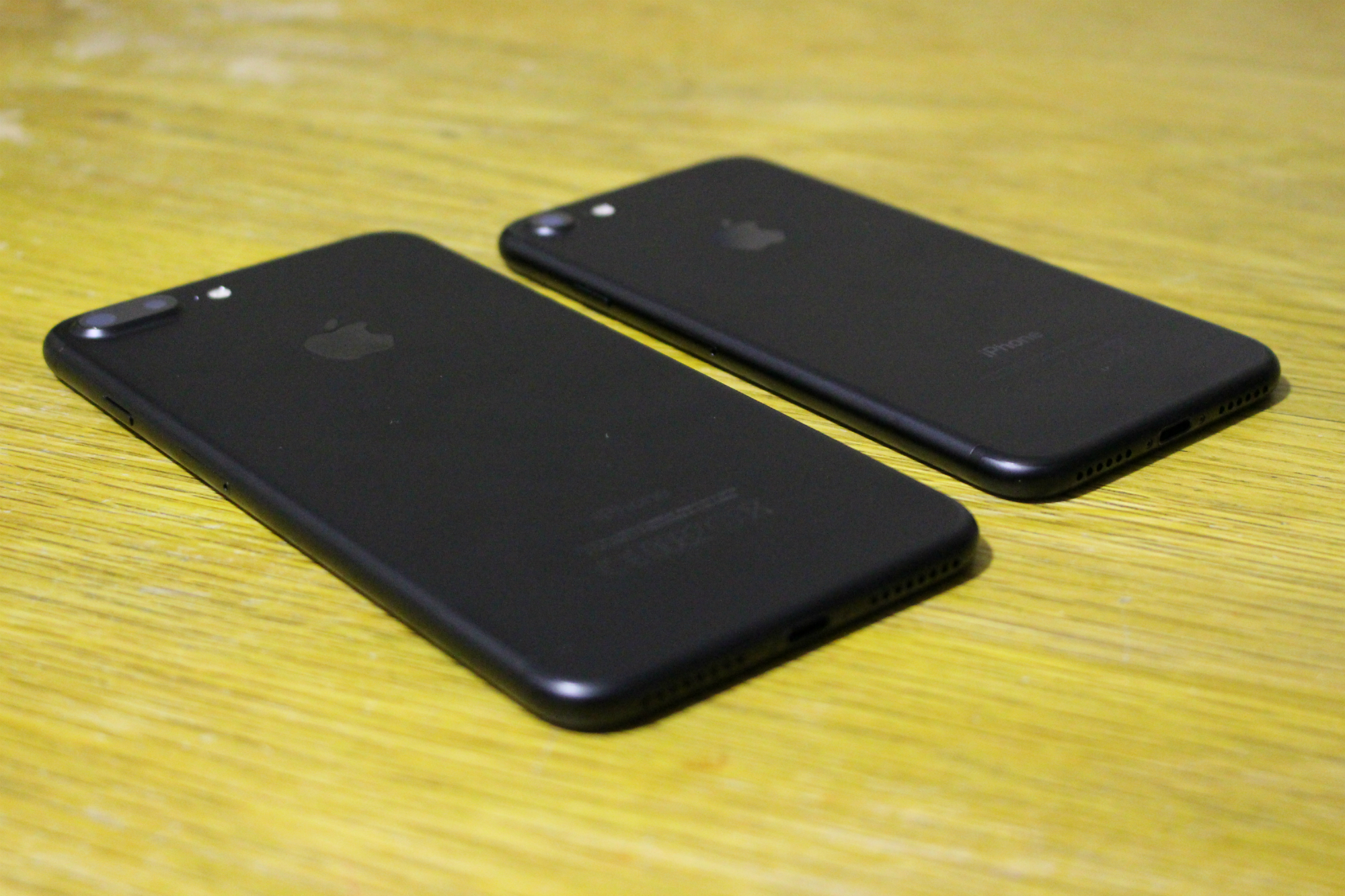 At first glance you might assume that the iPhone 7's Home button is unchanged from the one seen on the iPhone 6s a year ago. However, it's very different - this is no longer a physical button which pushes in, but a solid, immovable disc which instead makes use of haptic feedback to give the impression that you're pushing a button.

By removing the 3.5mm headphone socket Apple has been able to free up space inside the device for its improved "Taptic Engine", which delivers incredibly subtle force feedback for a wide range of situations. For example, if you reach the end of a scrolling list you'll feel a minor rumble to tell you to stop scrolling. It works incredibly well.

By getting rid of the physical Home button, Apple has solved another problem which has plagued iPhone owners since 2007 – faulty buttons. It's probably the one key on the whole device which gets the most use and previous models have often been saddled with duff buttons which slowly degrade over time.

With the iPhone 7, that shouldn't be as big an issue any more -although we may of course discover that the Taptic Engine is prone to failure in the long run as well.

Apple Pay is included for contactless payments, but sadly the NFC tech it utilises cannot be used for other functions - such as pairing audio equipment or exchanging files with other phones.

It's a real shame that Apple doesn't allow wider functionality for NFC, especially when Android users have been able to do some pretty cool stuff with it for the past few years, such as creating NFC tags which can automate tasks on the handset, like toggling settings and whatnot. 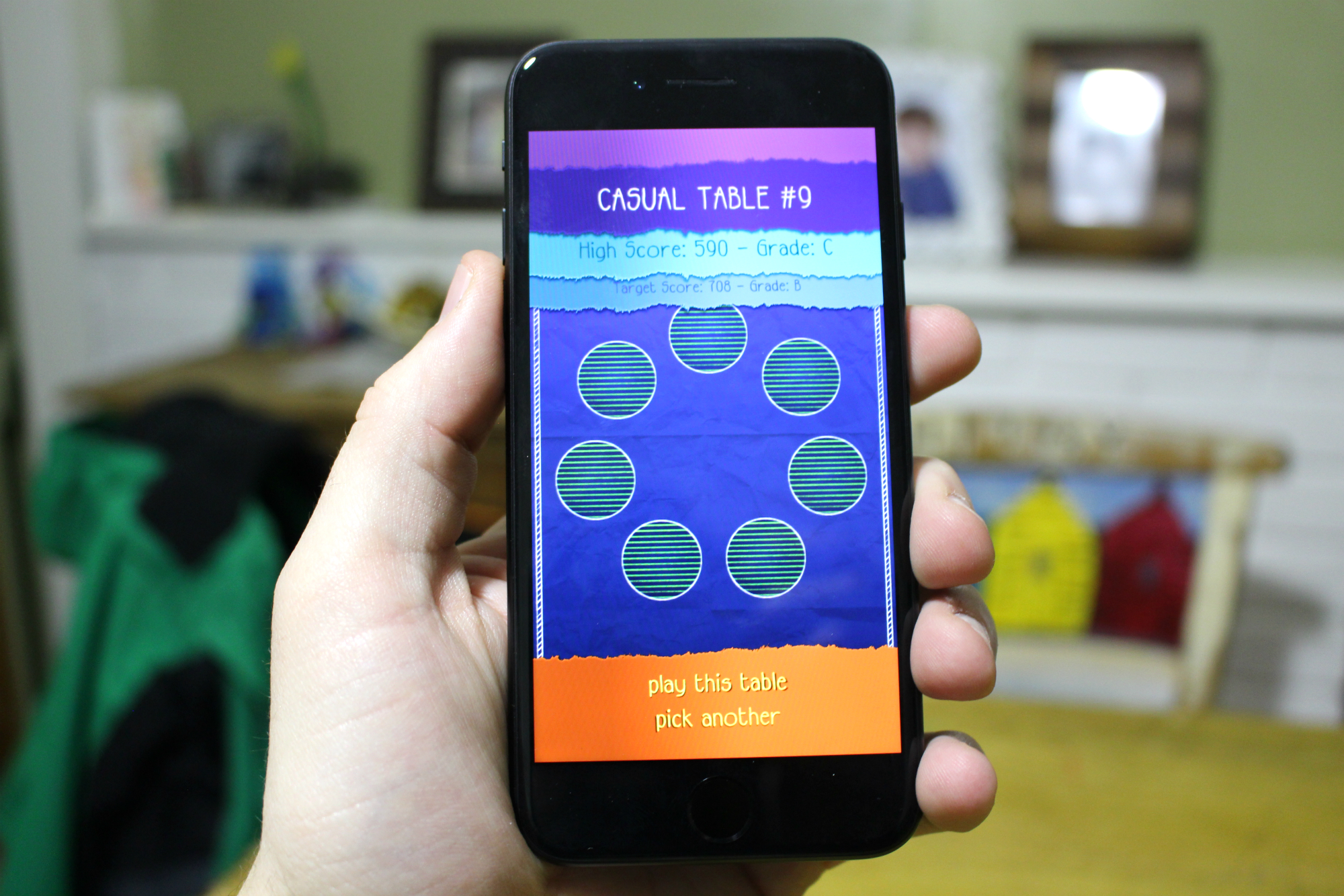 While the screens on both the iPhone 7 and 7 Plus are brighter and have more impact this year, in terms of resolution they're unchanged from their forerunners. The smaller variant has a 1334×750 pixel screen while the larger model sports a 1920×1080 resolution.

As any Android fan will enthusiastically tell you, that's pretty low by modern standards, but given that it's still near-impossible to pick out individual pixels - even with your nose pressed to the glass - you have to question exactly how much benefit one gains from having a higher resolution display on a smartphone, especially as additional pixels mean additional strain on the internals.

Both handsets pack a dual speaker setup, with one located on the bottom edge and another in the earpiece, giving pretty effective stereo sound when the phone is held in landscape orientation. The speakers are pretty powerful, yet the quality of the audio remains high, even when the volume is at maximum.

Elsewhere, the removal of the 3.5mm headphone socket means that you can only use your wired cans with the bundled connector – lose that, and you'll have to rely entirely on the rather disappointing bundled EarPods, which have a Lightning connector instead of the usual 3.5 jack. Of course, those of you who already have Bluetooth headphones can feel suitably smug. 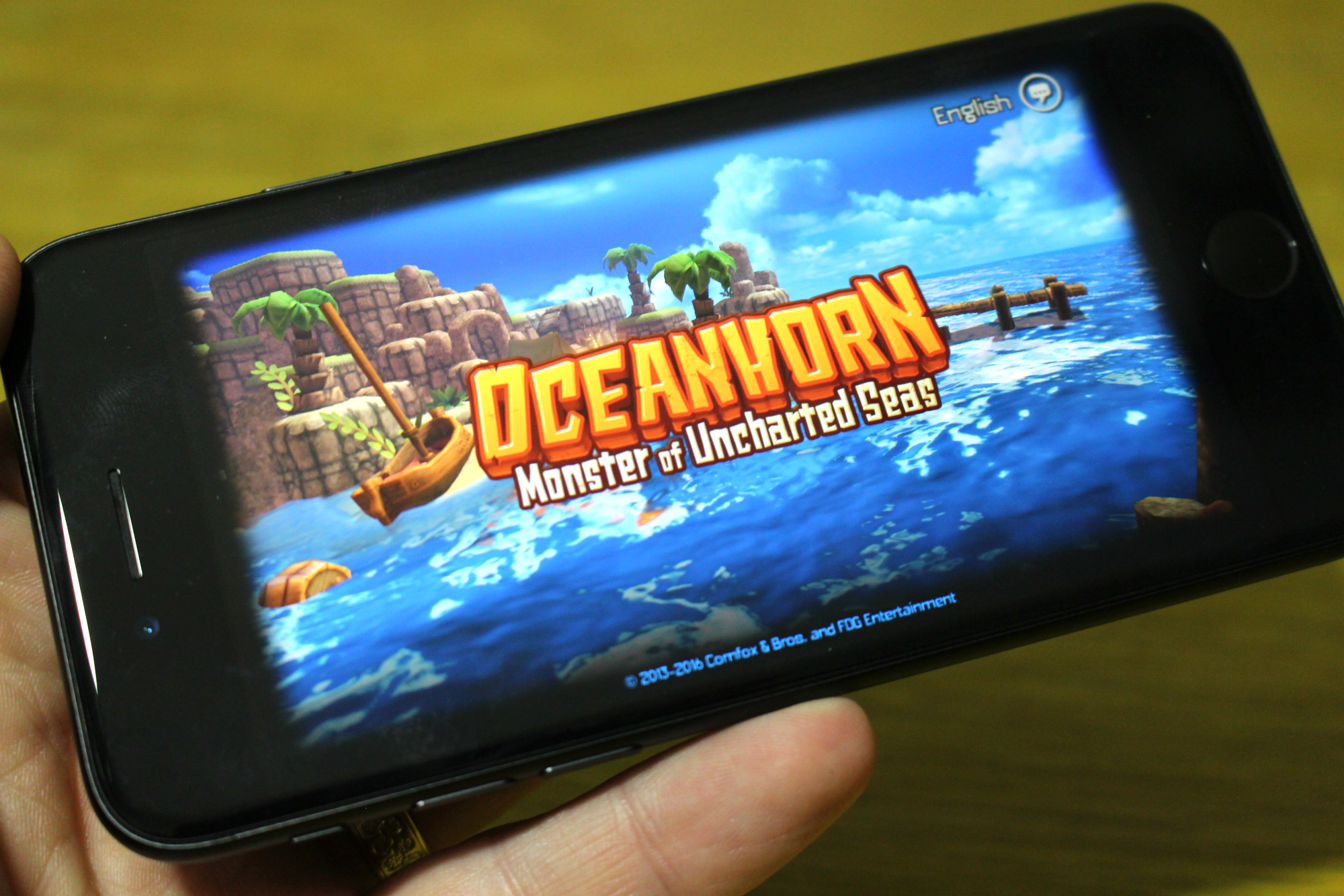 The powerful new A10 Fusion chipset inside both the iPhone 7 and 7 Plus is a truly market-leading creation, with benchmarks confirming that it comprehensively outclasses its rivals.

This considerable brunt naturally means that gaming is a breeze. While there aren't many games which really push the A10 to its limits, existing titles run as smoothly as you might expect - even those with complex 3D visuals, such as the brilliant Oceanhorn, which is could be mistaken for a console title at points.

The App Store is packed with amazing gaming experiences and at the time of writing, these two phones constitute the best platforms to experience them on.

Elsewhere, the user experience is silky-smooth and trouble-free. iOS is as slick as ever, and thanks to wider use of 3D Touch -where the pressure of your finger is sensed by the display - it's easier than ever to interact with notifications and whatnot.

There are still niggles that will be especially noticeable to those jumping ship from Android - sharing information between apps is often awkward and the notification system isn't as robust - but the gap between the two operating systems continues to close and there's very little to choose between them these days.

Even if you rely heavily on Google's suite of apps, you're well serviced by the iOS equivalents. 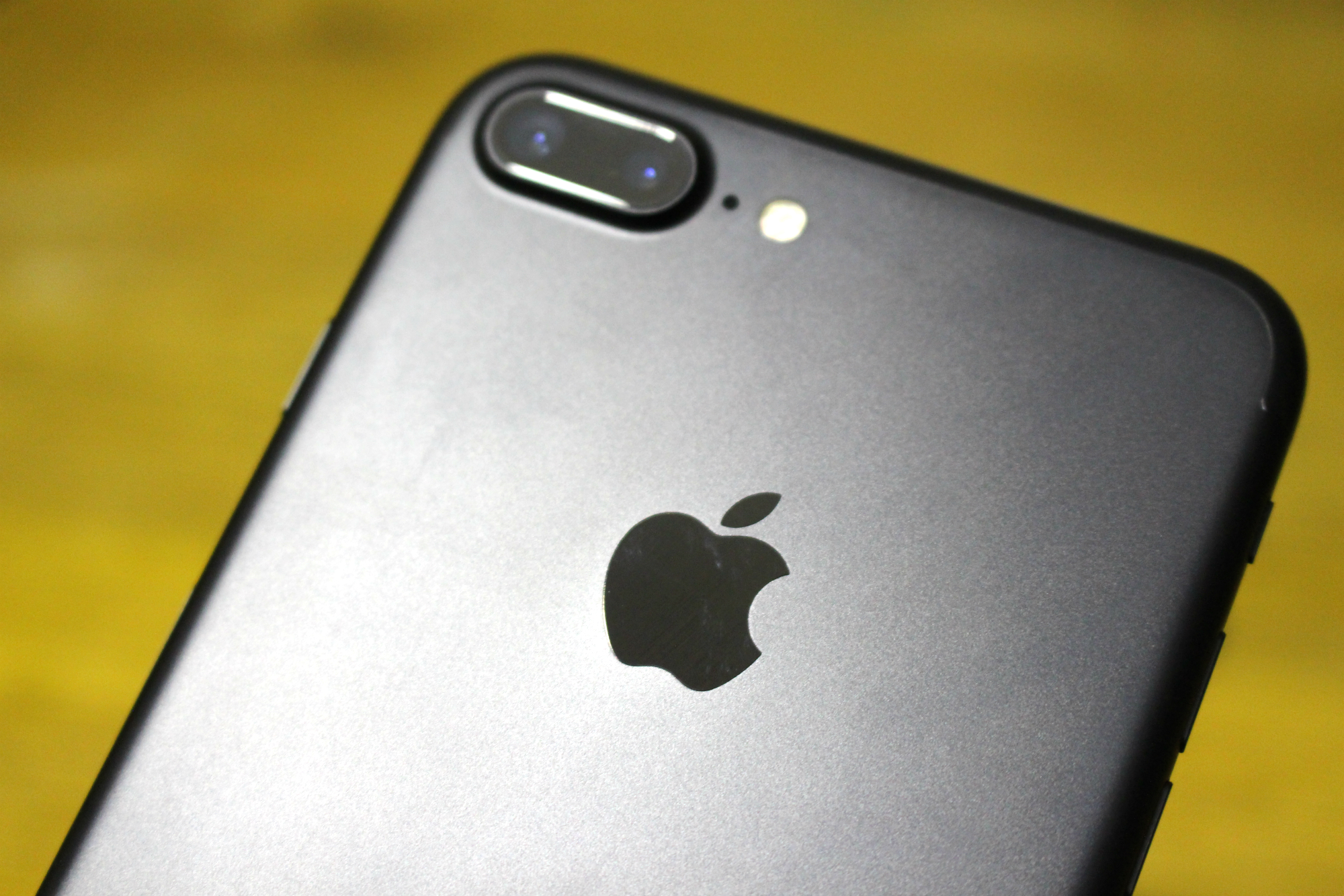 While the megapixel count of the iPhone 7's camera remains unchanged from last year, it now has an aperture of ƒ/1.8 which allows more light into the sensor and generally improves low-light shooting.

It's as quick to snap as ever, although the Galaxy S7's images do tend to look a little brighter and more lively. The really interesting developments happen on the 7 Plus, which has a 12 megapixel wide-angle snapper as well as a 12 megapixel telephoto lens which offers x2 optical zoom.

Using this combination you can create some amazing macro shots and some authentic-looking "Bokeh" snaps – the latter possible due to some technical wizardry which creates a depth map using the dual cameras and blurs out the background accordingly.

Combined with the power-saving prowess of the A10 Fusion chipset - which has two low-power cores for certain tasks - you'd expect stamina to be much improved, but we didn't find that in our tests - battery life seems largely unchanged between the two devices.

The 7 Plus has a 2,900 mAh battery, which makes it a much better option if you're concerned about having enough juice to last all the way through the day - as was also the case with the 6s Plus.

Disappointingly, neither phone has any kind of fast-charging capability, which means they take much longer to charge fully than many of their Android rivals. 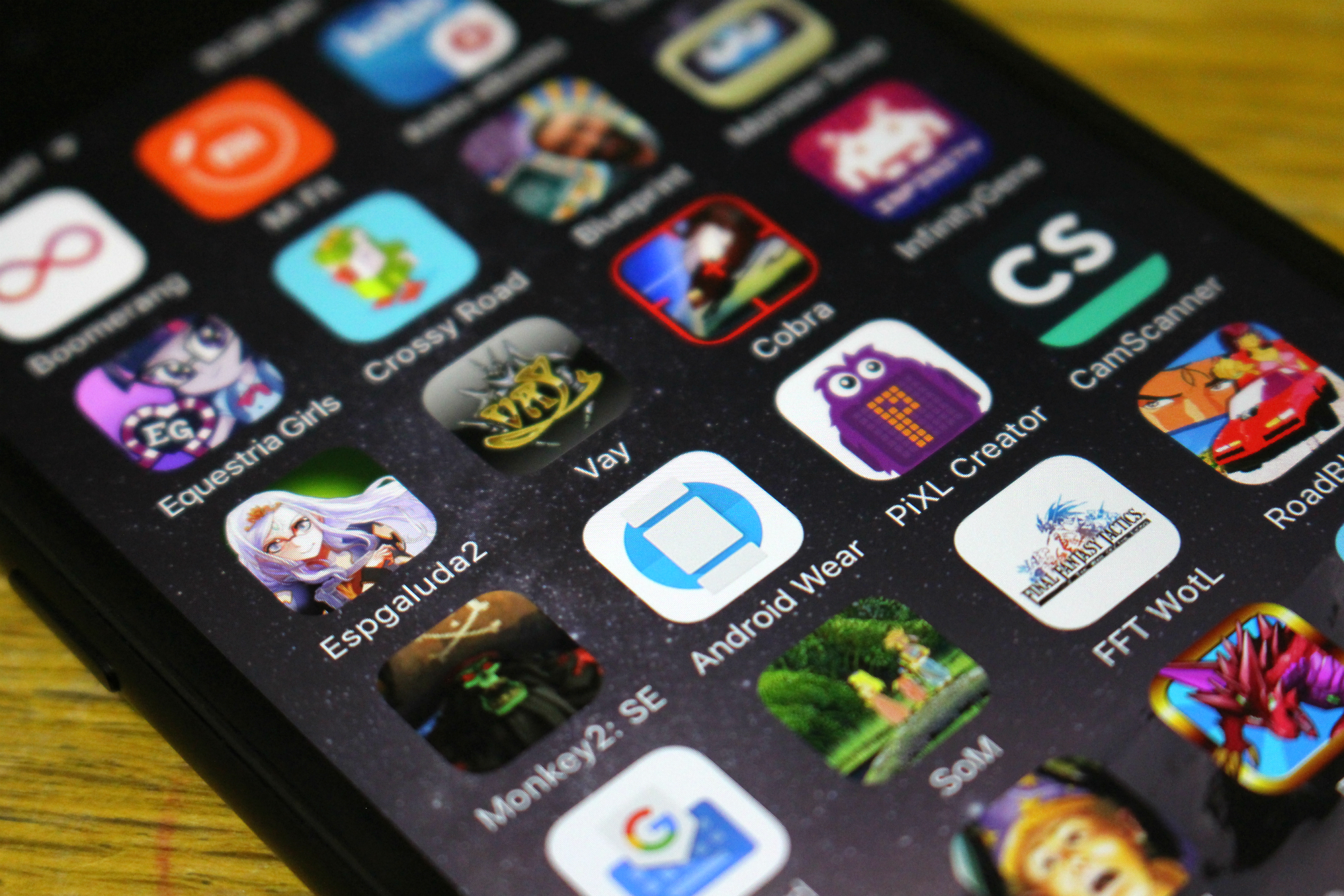 Waterproofing, no physical Home button and the lack of a 3.5mm headphone socket are arguably the three biggest changes the iPhone 7 brings this year, and we suspect that one of those won't be very welcome to most buyers.

However, the inclusion of an adapter in the box softens the blow for those with wired headphones, and the fact that the new A10 Fusion chip is so ridiculously powerful also helps make both the iPhone 7 and its larger sibling more appealing.

The design is largely static - something that is no doubt connected to the fact that the iPhone turns 10 next year and Apple has something special planned - but with so many Android phones copying this look, it's hardly as if these handsets look drab or outdated.

No quick charging is a pain and the screen resolution could be better, but the iPhone 7 and 7 Plus remain excellent devices - and they're also perfect for mobile gaming.

Thanks to Mobile Fun for supplying the iPhone 7 and iPhone 7 Plus used in this review.

An evolution rather than the expected revolution, the iPhone 7 and 7 Plus offer unmatched mobile power in a waterproof frame
By Damien McFerran
| Nov 3, 2016 |
Mobile