The Banner Saga 2 review - Another deep and moving tactical RPG

There's a dynamism to The Banner Saga 2 that few other mobile games can boast, and it seeps into every aspect of the game. From the wind tugging at character's cloaks during cut scenes, to the animations during the battles. Everything feels alive and important.

And next to that there's a sense of doom. A sense that every choice you make is coloured in the deepest shades of grey. There are no easy ways out, and everything you say and do is weighed down by consequence and conscience.

In other words, it's a bloody brilliant tactical RPG with a deep story, some fantastic characters, and enough content to keep you enthralled for hours and hours and hours.

The game picks up after the events of the first Banner Saga. If you've not played the original though you can get a recap of what's happened up to this point, and there's a solid tutorial that works you through everything you need to know to get started.

But once the training wheels come off, which doesn't take long, you're left alone in a world of monsters, monstrous decisions, and the burden of leadership. And the game captures that atmosphere perfectly. 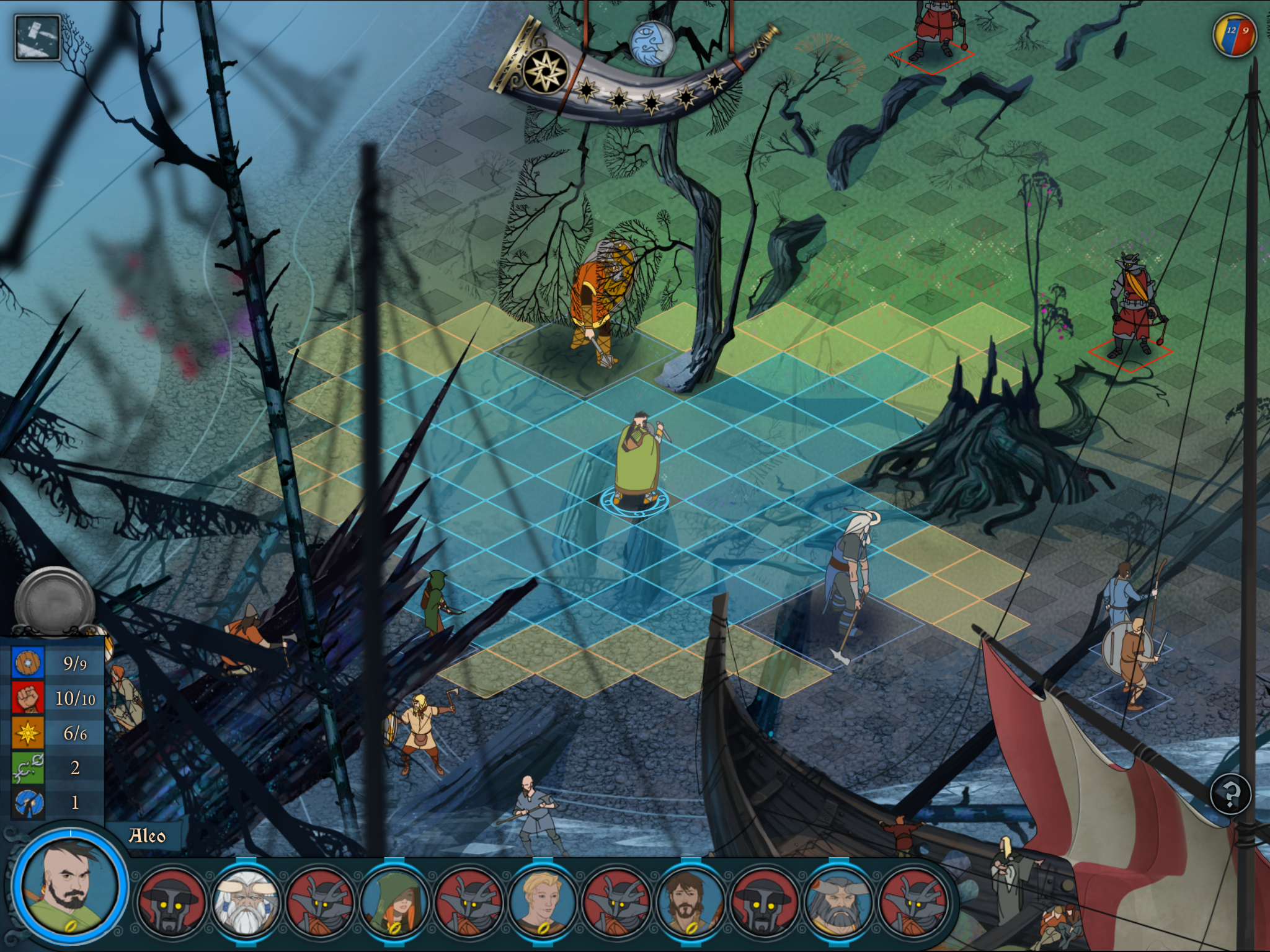 The battles are grid-based affairs that take place on gorgeous battlefields. And they're tough - people are going to die, things are going to get desperate, and you're going to need to fight for every inch of ground.

Characters have different skills and attributes they can bring to the field, but also plenty of different weaknesses. Learning how to protect your units is just as important as learning how to exploit their strengths.

Leaving weaker units exposed will get them hacked down quickly, and having stronger melee units out of range essentially leaves them completely useless. Figuring out the best way to use buffs and de-buffs is key, and pushing your luck to try and kill an enemy quicker is par for the course.

You use the Renown you earn in battles to toughen up your squad of fighters, and you can equip them with gear to try and give them an edge in battle. The twist is you'll also need to spend your Renown on provisions for your caravan. 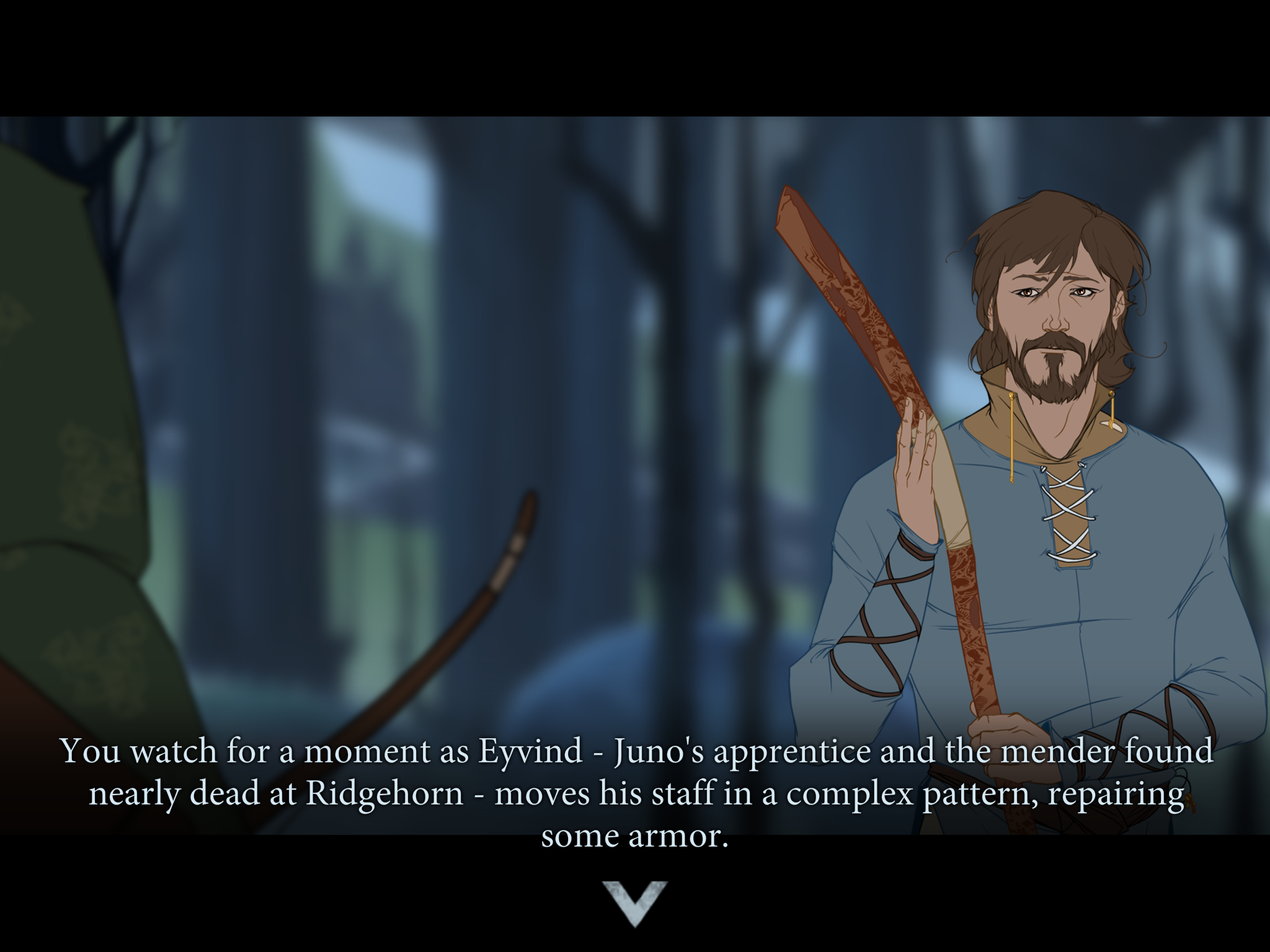 This is a game of fine balancing, a game where one wrong decision can quickly unravel all the good work you've done up to that point. You feel like you're constantly on a knife-edge, waiting for everything to go catastrophically wrong.

And it's a sensation that pushes you onwards, to test your mettle in the fights and your brain power in the choices and conversations that greet you at every turn. You're playing an inexperienced leader thrust into the spotlight by tragedy, and the game captures that with splendid precision.

The Banner Saga 2 is a rare and precious experience, and each element of it has been crafted with love and ingenuity. It's like playing a cartoon, albeit a sad violent cartoon where you often choose who dies without realising it, and quite frankly that's fantastic.

This is a game with fathoms of depth, a beautiful art style, and a sure-footed swagger. It's fun, it's heart-breaking, and oh just stop reading this and go buy it now.