The best and worst of iMessage games for iOS 10

From TicTacToe to Battleship

Have you downloaded iOS 10 for your iPhone or iPad yet? Aside from the slight risk of bricking your phone (according to t'internet), it's pretty much all good. There are funny stickers and roundy-edged menus and everything.

But never mind about all that. The most interesting new thing here is that you can play games in iMessage. Yes, you can finally play games whilst truthfully telling your partner/parent/boss that you're just sending a quick text.

So how does it all shape up? I've spend a few hours with Apple's iMessage gaming in iOS 10, and have found it to be a little messy and slightly clunky, but with genuine potential to create tiny pockets of gaming time in your day.

There aren't too many games out there for it right now, and even fewer efforts from major developers. But it's early days, and the nature of iMessage gaming means that a lot of careful thought and restraint will need to be applied to its implementation. Here are some of the games I've tried. 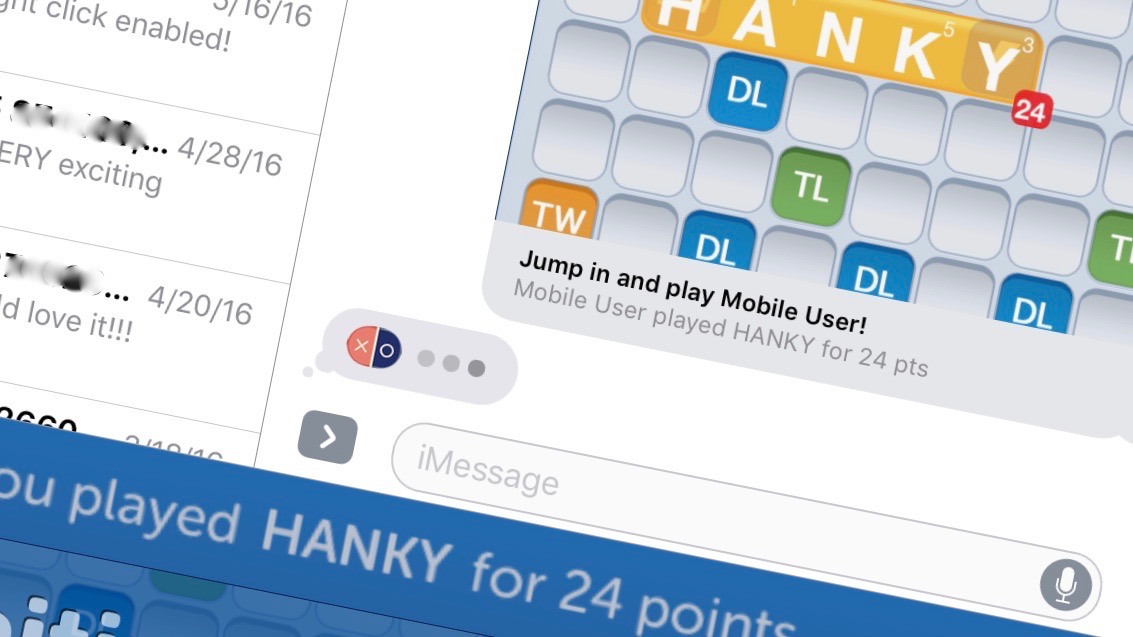 Undoubtedly the biggest iMessage game of the lot at launch is Words With Friends. Unsurprisingly, given the game's premise and pedigree, it's the best of the bunch.

Being able to play Scrabble over text, without having to log in or sign up for a Facebook account, is surprisingly appealing, while the UI is clear. Your last message contains the last action played by your opponent and the scores, as well as an overview of the board - all on a single message bubble.

I also appreciated the game's reminders you to hit the 'send' button once you've played a turn (which feels a little longwinded, but that's Apple's fault). 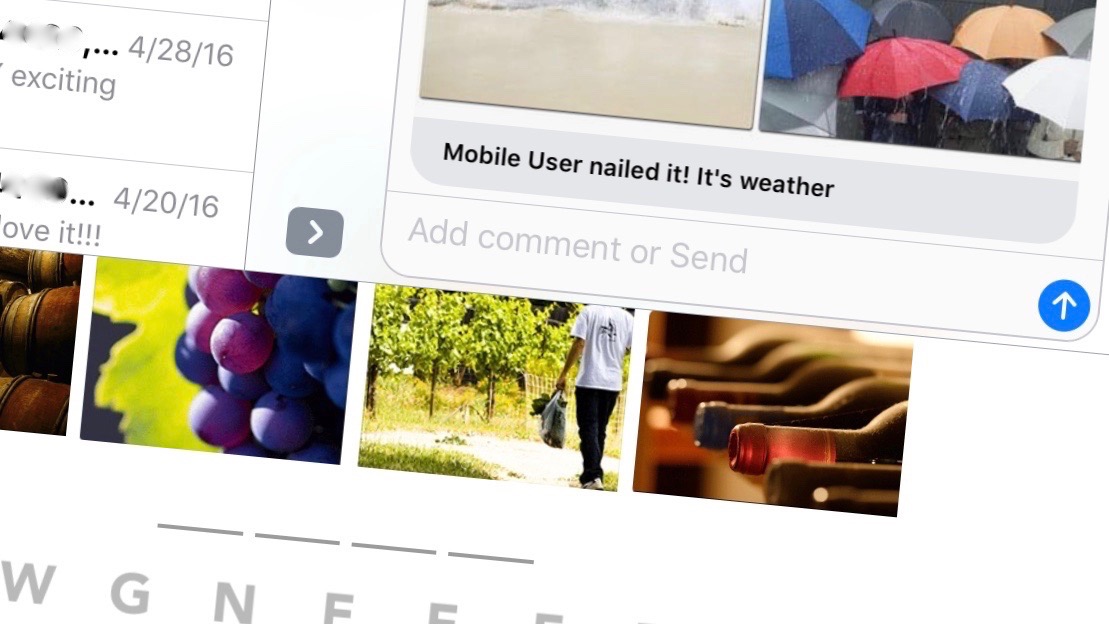 And the winner for the 'pretty-but-dumb' award goes to... Wordie: Guess the Word! In fairness, the game itself is just fine. Each puzzle sees you finding the word that links a collection of four photos. It's got a lovely UI, too.

But its relevance to iMessage seems negligible. I figured that maybe the game would time my moves, and challenge my messaged opponent to beat my attempt. But no, it just tells them that I 'nailed' a certain puzzle, then sets them up with a completely different one.

It's like two friends playing solo squash side by side, on different courts, when they could be playing together. Largely pointless. 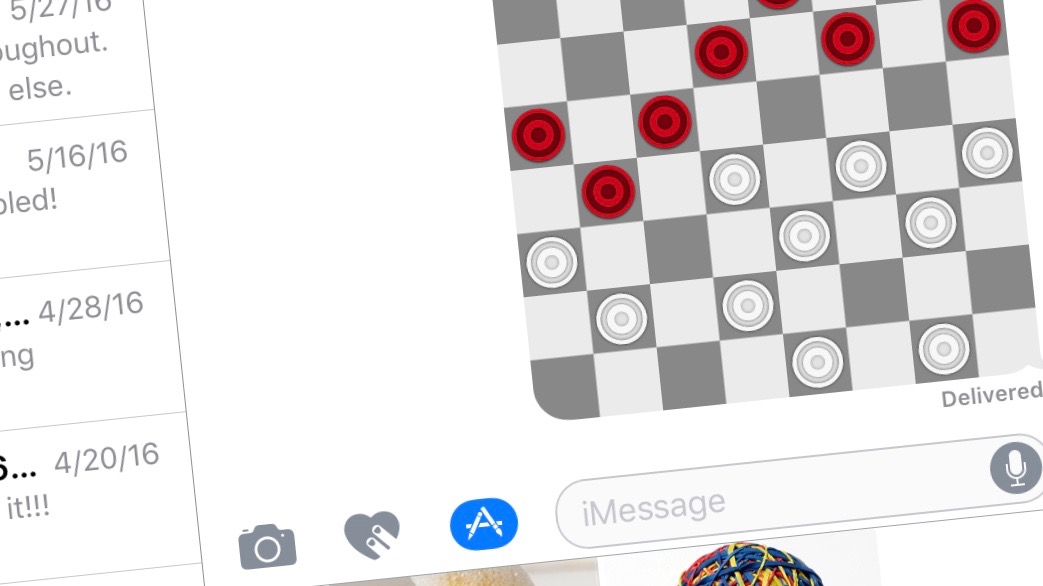 Everyone loves checkers (aka draughts), right? Checkers for iMessage does just what you'd expect, offering a straight-forward game of tile hopping for two willing iOS 10 users.

The simple gameplay and back-and-forth nature of the game means that it works well with iMessage, and we like the clean presentation. But Checkers for iMessage is almost too stripped back for its own good.

There's no way to see your opponent's last move, or even how many tiles they have taken. It's clear even at this early point that clutter is the enemy of a good iMessage game, but developers shouldn't sacrifice usability to avoid it. 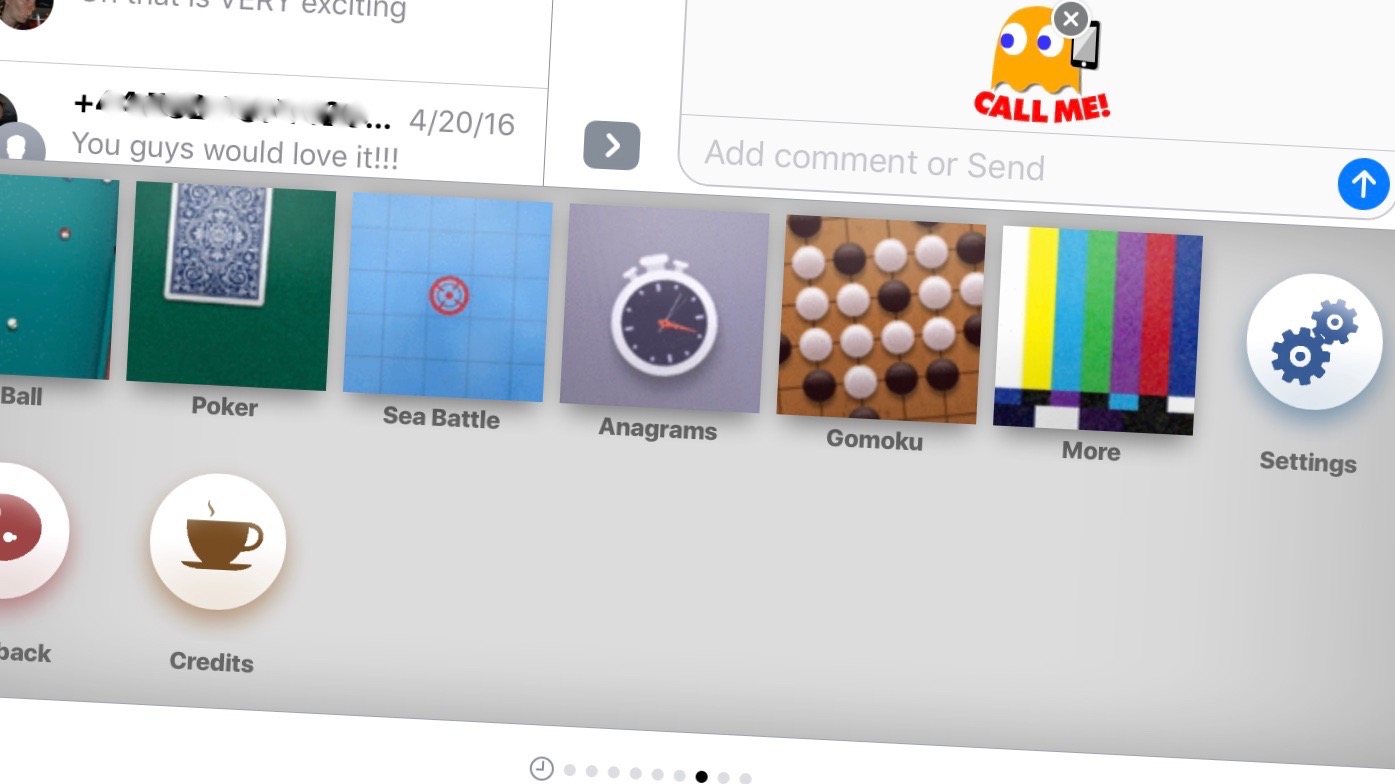 The other side of the coin from Checkers for iMessage's extreme frugality is GamePigeon, which tries to do too much. It offers a whole suite of games to play in Apple's messaging app, including poker, a Battleship equivalent, an anagrams game, Gomoku, and even 8-ball pool.

There's nothing inherently wrong with any of these games - they all work well enough. But I felt the package ran counter to the intended spirit of iMessage games, which is surely snappy, direct, simple gaming. Indeed, you don't even get a preview of the game field in the message bubble, which makes it feel like you're just tapping on a link to a separate window. Which is essentially what you're doing with all of these games, but still.

I'd rather install a stand-alone Battleship game that had been finely honed and integrated in iMessage than a somewhat crude one accessed through an extra (and ugly) UI layer with a bunch of other offerings. 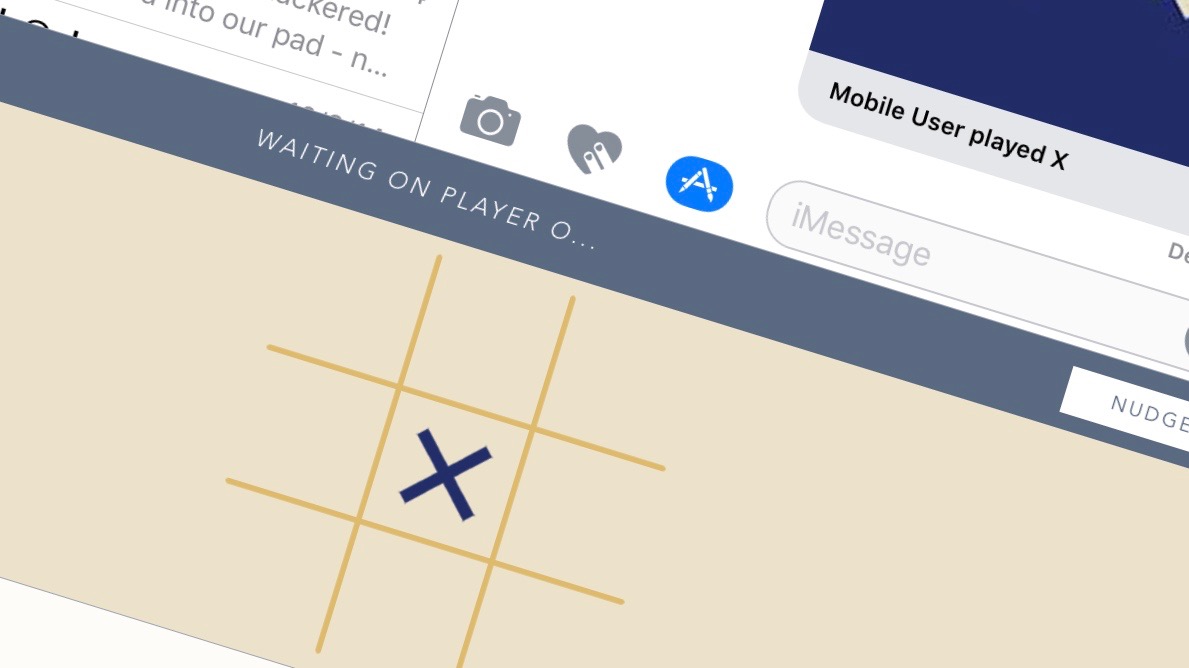 Here's a developer that gets it. MsgMe TicTacToe is fast, easy on the eye, and extremely simple. The only limitations relate to the tactical limitations of the game itself, but that's also kind of the point.

I particularly like the fact that tapping the grid to place your 'X' or 'O' jumps you back into the full iMessage view, and reminds you to tap send. Three taps is all you need to open, play, and send a move.

I also like that the game provides a 'Nudge' button here to push the game to the front of the queue. Given that these games will fall into the natural sprawl of an unbroken communication stream, it's easy for them to get lost, so an option to 'refresh' your last move in the messaging sequence is welcome. 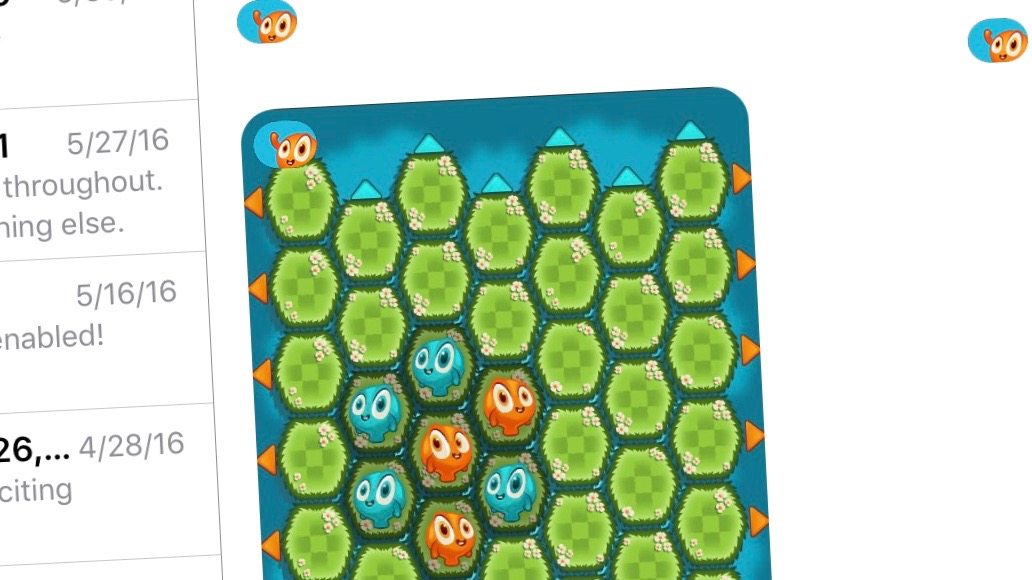 Nothing wrong with Cobi Busters, beyond a slight blandness. It's that classic game you may have played with a pen and paper and some point, set on a hexagon-based grid, of taking it in turns to lay down coloured tiles. The goal is to join your two sides (either left and right or top and bottom).

The strategy comes from combining the need to block your opponent's progress with contributing to your own.

Again, this isn't going to be challenging the finest stand-alone iOS games for your gaming time. But iMessage gaming is about finding you new gaming time in the tiny cracks of your day, and Cobi Busters is a competent example of that.

Dungeon of Gravestone review - A fresh and fun roguelike