The final entry in our retrospective. The next decade awaits...

It might only have ended a few months ago, but spin it around and 2015 came a whopping nine years into Pocket Gamer’s reign. As such, taking a look at what happened in this – our final entry – proves an instructive counterpoint to how things started back in 2006.

What were we playing?

Boy, mobile gaming has come a long way. Take last year’s Prune (above) for iOS and Android, with its beautiful aesthetic and simple-but-sophisticated casual-puzzler gameplay. Or there’s Her Story, an iOS game that had you piecing together a mystery through real (well, acted-out) video interviews.

The Room Three showed us how iOS could churn out console-quality titles that could really only work on touchscreen devices, while Downwell put its own unique spin on the hardcore roguelike platformer. This War of Mine, meanwhile, was a perfect port of a memorably bleak PC game for iOS and Android.

Last year saw the continued decline of the dedicated handheld market, with the PS Vita morphing into a specialist indie game console. The Swindle, Shovel Knight, and OlliOlli2 all made our end-of-year list.

Nintendo’s attention seemed to be distracted by the faltering Wii U. Code Name STEAM and The Legend of Zelda: Tri Force Heroes were decent-but-flawed experiments where previous years had yielded solid gold.

What were we playing on?
Apple continued its tick-tock release schedule in 2015 with the iPhone 6S and iPhone 6S Plus. They looked exactly like the iPhone 6 and iPhone 6 Plus, but with a pressure-sensitive screen that so far hasn’t revolutionised mobile gaming as we had hoped it would.

Earlier in the year, Samsung had finally launched a couple of phones in the Galaxy S6 and Galaxy S6 Edge that matched Apple’s design chops. Elsewhere in Android, Google jumped aboard the two-phone-sizes bandwagon with the Nexus 5X and Nexus 6P – the latter of which is arguably the best Android phone yet (if you don’t mind ’em big).

It wasn’t a classic year for the Nintendo 3DS, as we discussed above, but January saw the European release of the New Nintendo 3DS. Featuring a faster CPU, vastly improved head-tracking 3D, a nicer design, a bigger screen, and the addition of a second analogue stick (of sorts), it was arguably the 3DS we should have received in the first place.

What else was going on in mobile?
Apple shipped the Apple Watch in April, triumphantly kicking off a whole new market just as it had with the iPhone and the iPad. Or at least, that was the idea. As it turns out, most people don’t seem to want an expensive iPhone peripheral that takes their pulse and pushes all the same notifications at them. Funny that.
The super-sized iPad Pro was a bit of a weird one too.

If Apple faltered a little in 2015, Google was hardly there to welcome defectors with open arms. The Stagefright exploit enabled attackers to gain remote access to an Android phone.

In general, though, most of the big mobile talking points of the year seemed to relate to the tech that your smartphone could control, such as drones and the Internet of Things.

What else was PG doing?
The inaugural Pocket Gamer Connects Bangalore brought the team’s popular conference road show to India in April, for two days of networking and inspirational talks from industry heavyweights. It added to the London, Helsinki, and – also new for 2015 – San Francisco PGC outings that kept us busy that year. 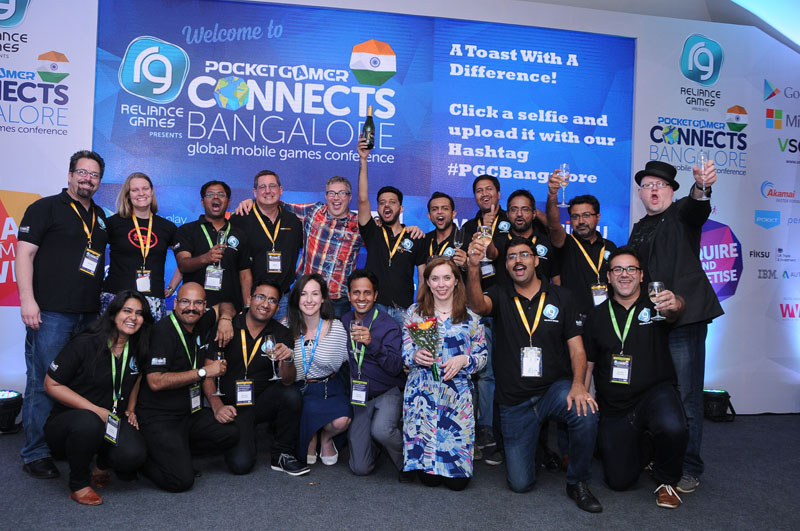 But although a lot of the company focus was on the events, it didn't stop us elsewhere. In September, Steel Media announced that AppSpy (PG’s video arm) had hit 5 million Twitch views. Which, if you’re old, basically means that all the kids love watching our moving pictures.

What else was happening?
Last year saw terrorist group ISIS partaking in some pretty horrific events. These included the November Paris attacks that left 130 dead, and the escalating Syrian civil war that led to a major refugee crisis throughout Europe.

Closer to home, David Cameron and his Tory party won another term at the UK general elections in May with an unexpected majority, leaving pollsters looking a little red-faced.

In altogether better news, 2015 saw the containment of the Ebola epidemic in West Africa, while elsewhere in the world Iran signed a nuclear deal and China started getting serious about tackling pollution.

What's all this, then? The Pocket Gamer 10th anniversary is a month-long celebration of the last decade of mobile games running March 10th - April 10th and featuring a stream of retrospective articles and fun stuff, supported by our friends at Gram Games, Gamevil, JoyCity, Rovio, Nordeus, and Ninja Kiwi. Head over to the PG 10th anniversary homepage for more information.