Play as you go 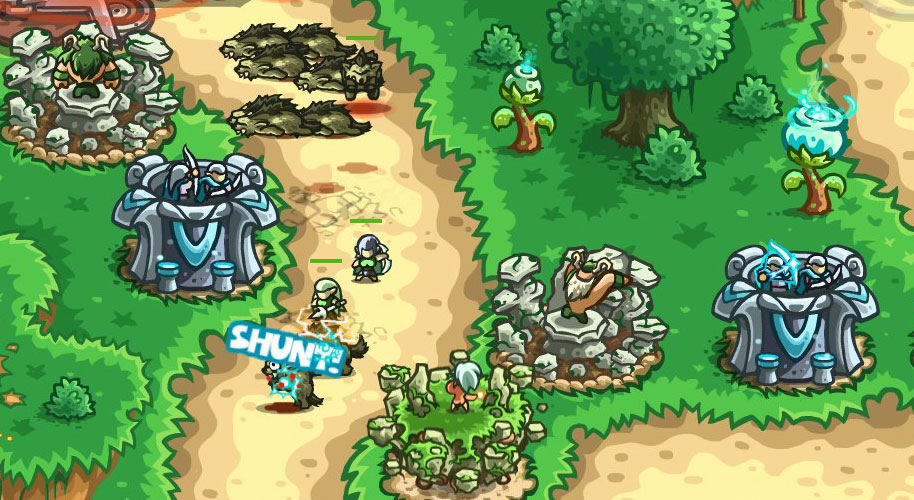 The Kingdom Rush series is not a trio of standalone games. In reality, it's a three part answer to one question: how do we make tower defence on mobile as fun as possible?

Kingdom Rush: Origins takes everything that made the previous two games great - the tower upgrades, the varied enemy types, the franchise's trademark personality - and sprinkles a tiny bit of extra magic on top.

Troops can now dive into waterfalls and emerge downstream. You have the power of lightning at your disposal. New bosses make your heroes work even harder.

But while these extra bits of sparkle are welcome, it's the rock solid core gameplay that continues to shine through, making Kingdom Rush: Origins yet another genre classic. - James Gilmour 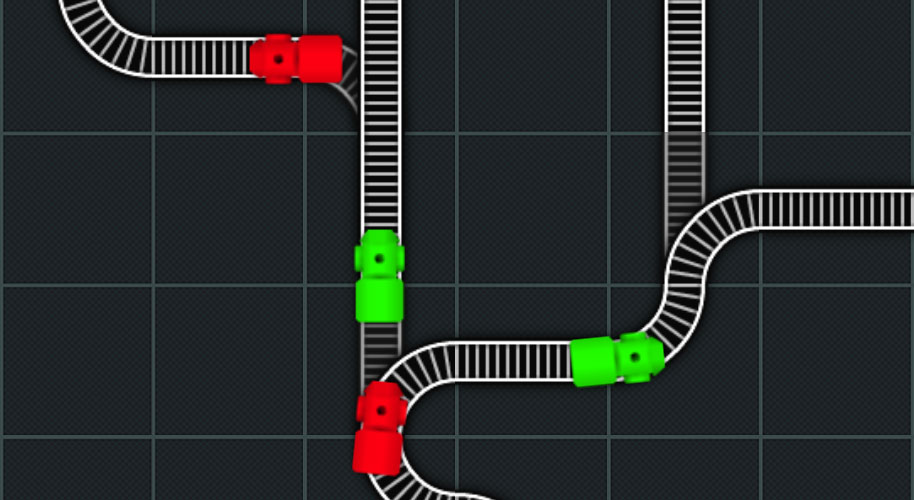 Trainyard is contemplation, then failure. You organise a sprawling spaghetti network of train tracks and stations, hoping beyond hope that everything will work like clockwork.

You hit play, and grit your teeth. Everything's looking good. The trains are running smoothly. And then... crash. Ouch. Big mistake.

So it's back to the drawing board - maybe a careful tinker, or perhaps a complete rethink, until failure turns to success. Tension gives way to relief. Phew.

Only a few hundred more puzzles to solve - Mark Brown 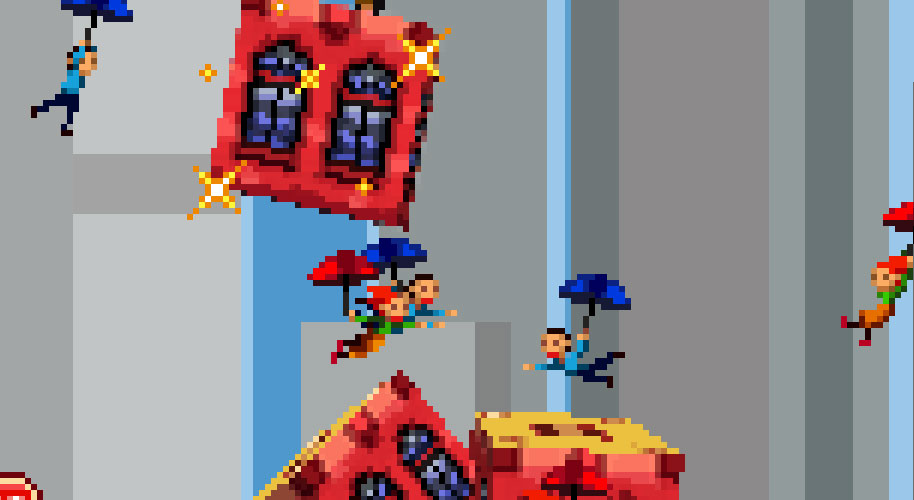 One-button arcade games are nothing new on mobile. Digital Chocolate had mastered the art of the ultra addictive time-waster long before Flappy Bird and Crossy Road.

Tower Bloxx is about dropping a big boxy apartment block onto a quivering tower of flats. It's all about watching the crane swing back and forth, and making it let go with expert timing.

Between these nerve-wracking physics bits you could busy yourself with a streamlined city simulator where you earn bonus points for good building placement.

Smart, simple, and wonderfully compulsive. And years ahead of its time. - Mark Brown 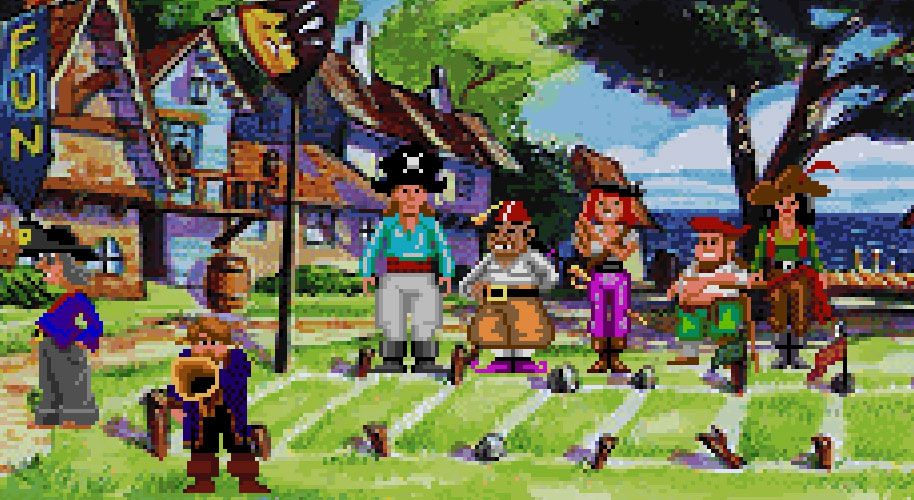 Next to Day of the Tentacle, Monkey Island 2 still stands up as the greatest point and click adventure game ever made. It also has the only remotely entertaining embargo in video game history and is one of the boldest sequels you'll ever play.

Not only was Guybrush Threepwood's character design completely changed, the game went down a much darker, Empire Strikes Back route, complete with a crazy ending sequence which still has people searching for answers even today.

LeChuck definitely has his revenge, but thanks to a series of quirky characters, witty dialogue, and unexpected, entertaining narrative direction, you'll be very happy to see it play out in full.

And the best part, the remastered version only compliments the experience, rather than detracts from it. Just a pity nobody can download it anymore, eh Disney? - Ray Willmott 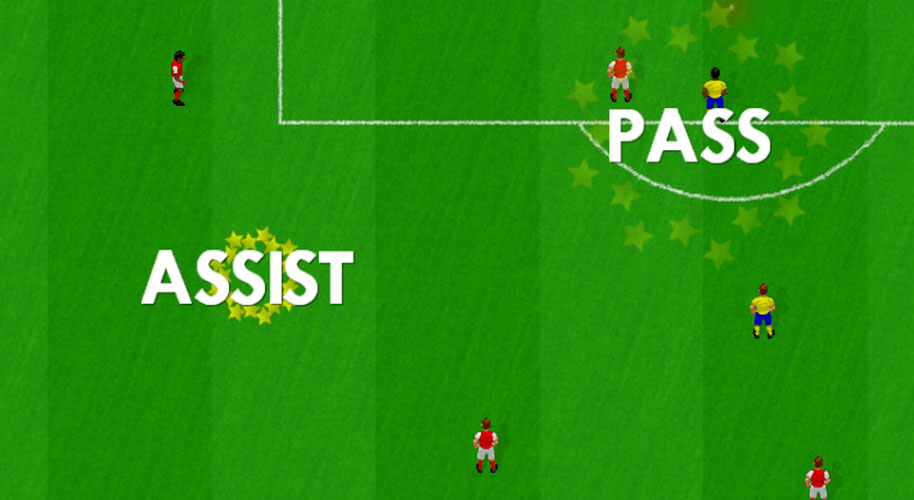 Ever wished you were a footballer? Well, if you're not already, New Star Soccer is likely the closest you'll ever get to achieving that goal (sorry).

No, don't just sit there and mope about your lost opportunities. New Star Soccer lets you rise through the ranks from an unknown player in the lower leagues to being a world star playing for the best teams in the world and representing your country.

Aside from that you'll also get to manage your training regime to improve certain skills, your lifestyle, and your salary. Everything you need to be a well-balanced footballer, really. - Glen Fox 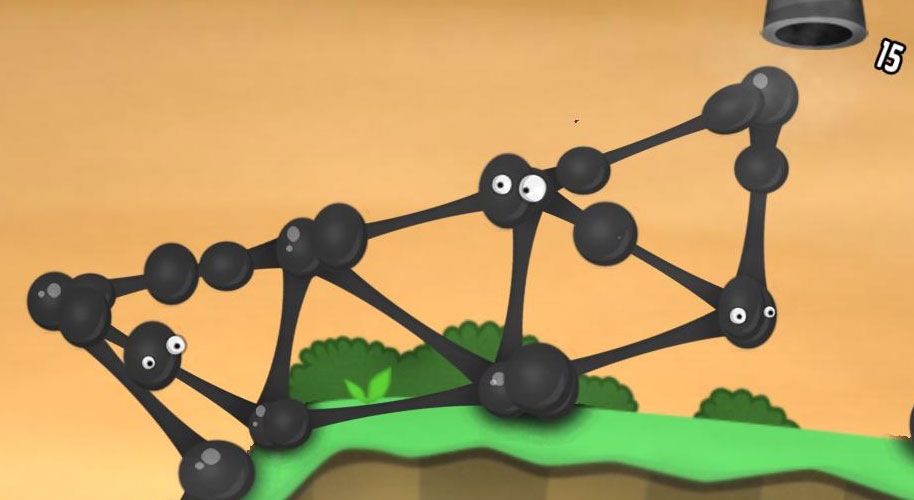 No-one would ever really want to live in a world of goo, surely. It'd be all gooey for a start and the lack of real people would give me existential angst.

One game makes a solid case, although it does reinforce that angst. World of Goo is a lovely puzzle game about getting cute little blobs from ground to a sucky pipe, transporting them to the next puzzle by moulding them together while desperately trying to get all your gross friends to safety.

Sadly, it can't hide the real dilemmas. Can the goo ever escape? It doesn't seem like it. Every escape just takes them to a harder plane of being, complete with a tougher puzzle.

Here you might need to build a bridge, or a ladder, or something else exponentially harder to produce. - Jake Tucker 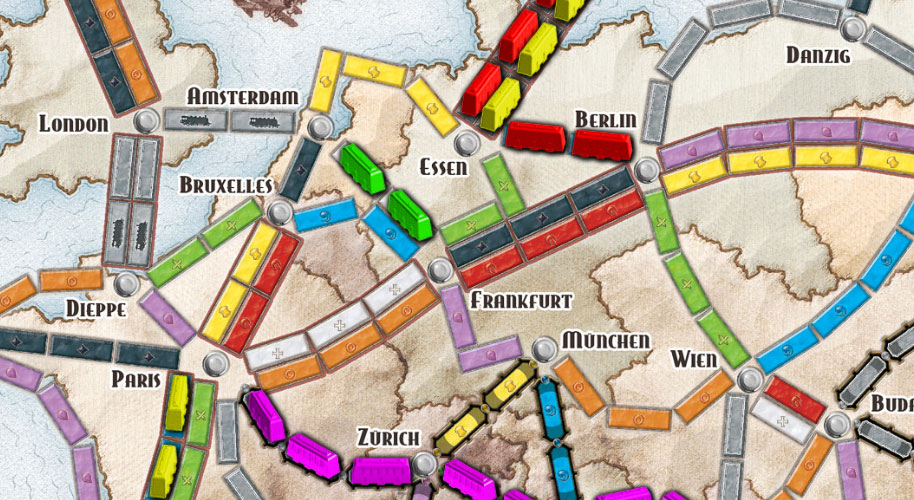 Mobile devices launched a rebirth of the digital board game. And riding the crest of that amniotic wave came Ticket to Ride, a stupendous conversion of a stupendous family game.

Banishing tiresome Monopoly marathons to the past, this is a new kind of game: simple, smart, and tremendously entertaining

It’s a set collection game, like Rummy, but with a board. You cash in card sets to grab lines between cities and deny them to your opponents. Anyone, at any time, could steal a vital route from under your nose. Usually just as you collected the last card you needed to get it yourself.

It’s a family game but it doesn’t make for family harmony. With rapid, self-contained turns and a plethora of expansion maps it plays brilliantly both online and as pass and play. - Matt Thrower 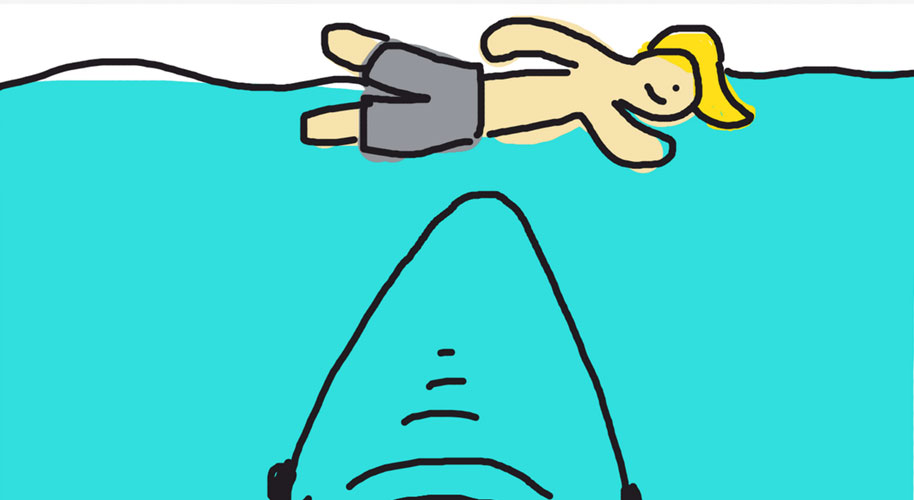 Ah, the 26th December. A day when a turkey-coma epidemic pins the population to its sofa with nothing but Pictionary and the feeling they should be buying cut-price oak furniture somewhere.

Indeed, the folks over at OMGPop decided that Boxing Day was so brilliant that they would capture its spirit in game form.

Draw Something is touchscreen Pictionary with a randomly matched online player. From a list of three words you choose one to draw, and your opponent must guess what it is.

A boat, Batman, Obama, The Lion King – the list goes on. The more you score, the more paints you unlock, allowing yourself to unleash your inner Picasso. - Alysia Judge 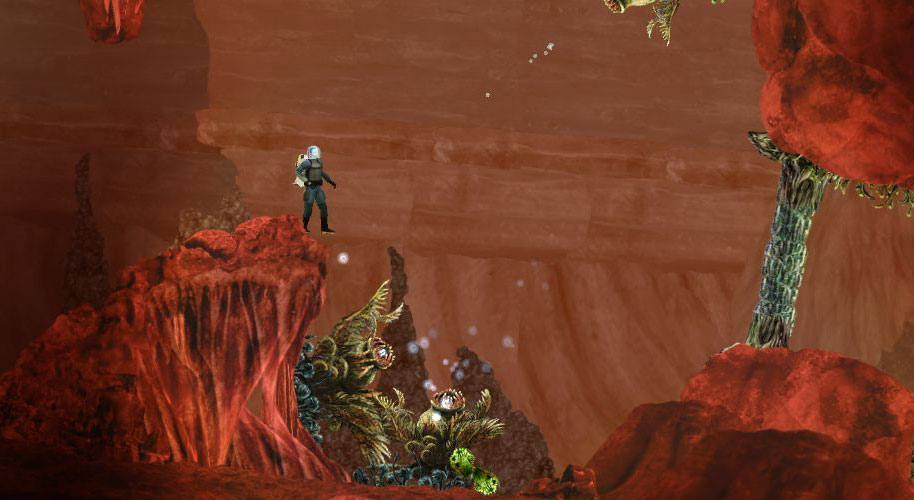 Going against the advice of most Hollywood movies, Tiger Style reckons we don't need to send a gun-toting super soldier to Mars: we need to send an astrobiologist.

That's because the red planet's belly is filled with curious plants and critters that are there to be studied - not shot.

Waking Mars turns a trip to Mars into a wonderful organic puzzle where you set up self-sufficient ecosystems to boost the overall level of life on the planet.

Between these puzzles you'll explore the planet, taking in an engrossing story, soaking in the sci-fi atmosphere, and listening to one of the best soundtracks on mobile - Mark Brown 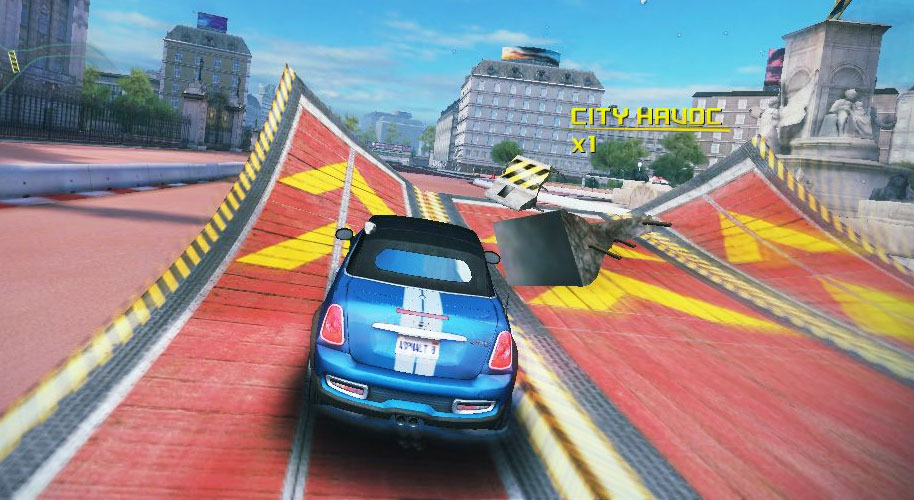 Asphalt 8: Airborne is all about vehicular lunacy. It's an arcade racer spruced up to the nines, and sometimes it lets you fly. Sort of.

Sure racing sims are nice, I guess, if you like checking that your wobble sprocket numbers are just right, but Asphalt 8 revels in ridiculous chaos, and it's all the more fun for it.

Anyone who grew up in the arcades of the early '90s will adore this slice of car-based madness, and anyone who didn't will adore it as well. Because it's silly, and who doesn't love a bit of silliness every now and then? - Harry Slater