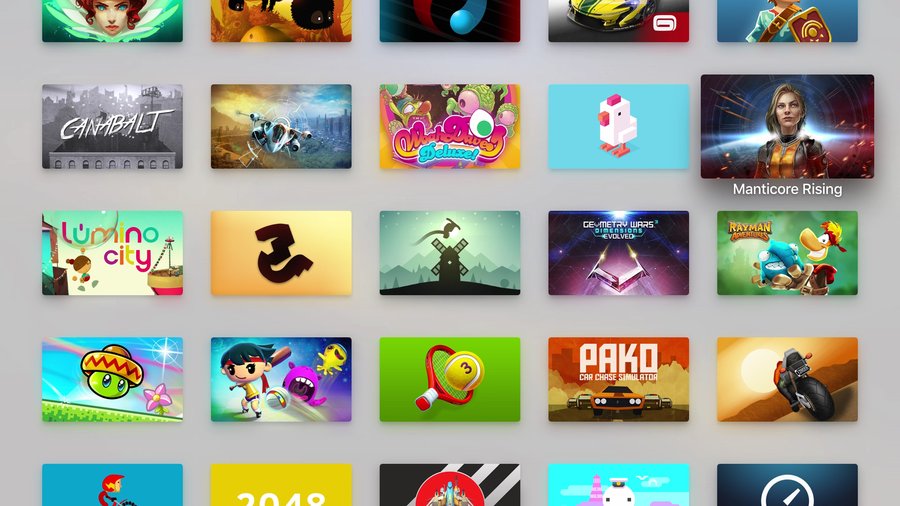 It's November, and the fancy new Apple TV is here. The one with apps and a funny remote and the ability to ask Siri to "show me movies featuring talking dogs"*.

It's also Apple's first foray into the games console business - if we forget about the Apple Pippin. You can download games and play them straight on your telly, making the little black box rival your PS4 and Wii U.

But is actually anything like those other consoles? Does it offer a proper gaming experience, or will you have to look elsewhere for proper gaming on your telly box? Read on for our first impressions. 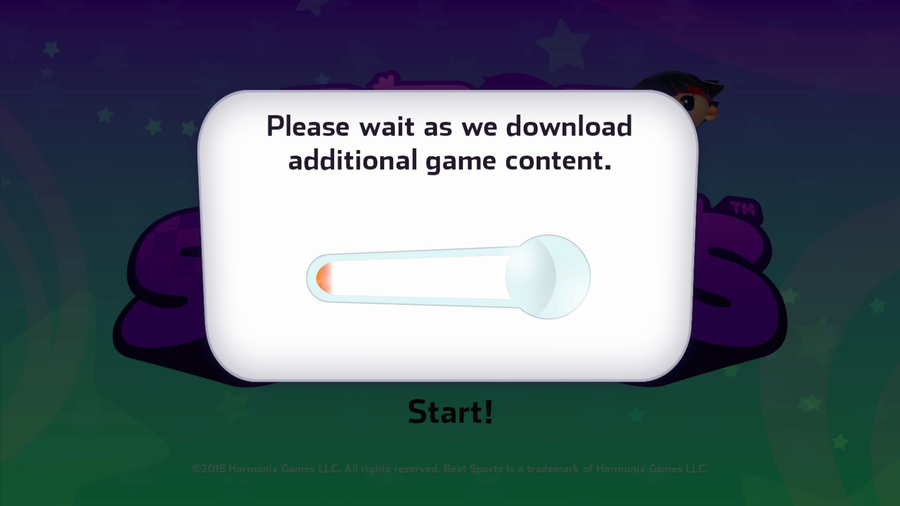 One of the many, many strange policies of the Apple TV App Store is that an app can only be 200MB in size. Which is pretty small, when it comes to big games like Transistor, Asphalt 8, and Galaxy on Fire.

Luckily, games can then download more data when you start playing. 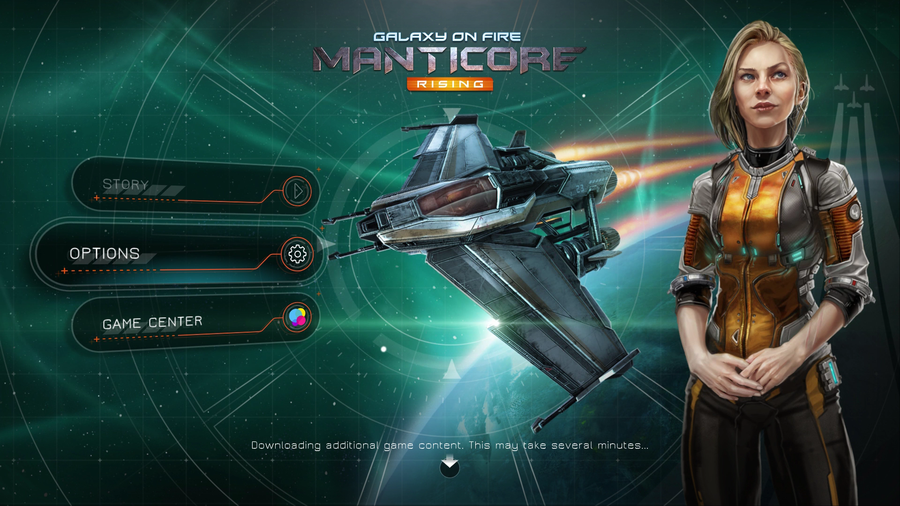 Unluckily, this can be unbearably annoying, depending on how the developer presents this information. Galaxy on Fire, for example, provides no status bar, download size, or estimated time. It just says "wait several minutes". 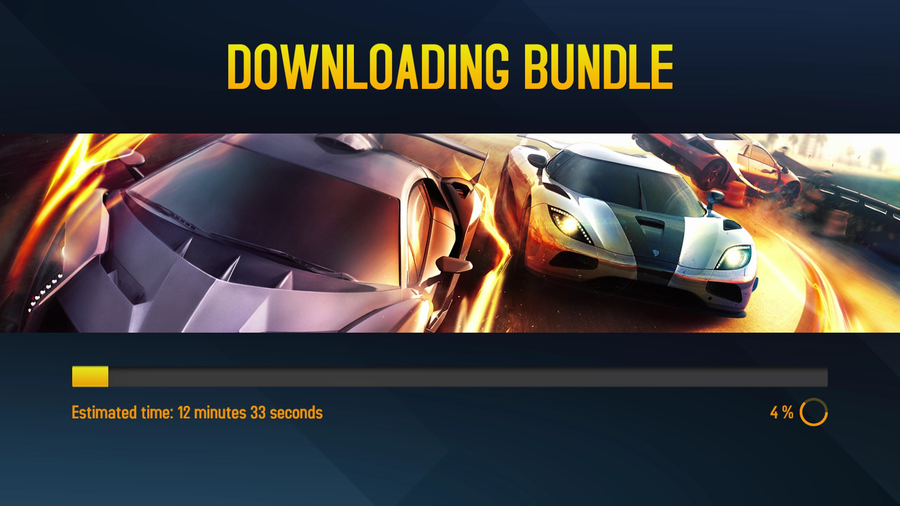 Even when the initial install is done, the game may download more data to your Apple TV. After sitting through a 15 minute load screen to play Asphalt 8, I hit another as soon as I started because the game needed to download the course. 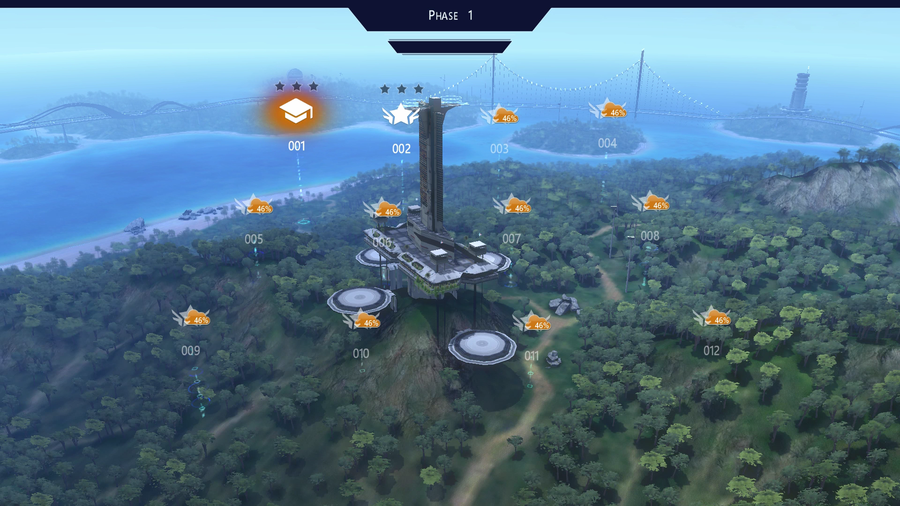 The way this is supposed to work is the initial install is very fast, as you're just downloading the first level. Then, the rest of the game downloads as you play the tutorial. That's how Battle Supremacy: Evolution does it.

Anyway. None of the extra data you download is shown in the storage settings on the Apple TV mind, so there's no telling how much space your games are actually taking up. Poor show, Apple TV. 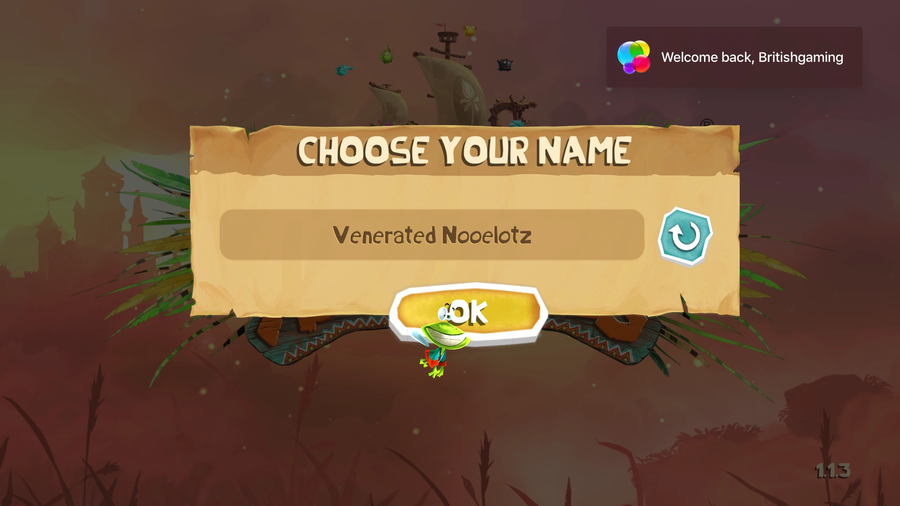 Apps on the Apple TV are about as stable as a one-legged stool. Transistor loads to a black screen. Rayman Adventures just hangs when you go to enter a name. Beat Sports crashes straight back to the home menu.

Resetting the device, force quitting the app, reloading the game, or praying to an Incan spirit can generally solve the problem, but it's not exactly the slick tap-and-play set up we expect from Apple.

The controls are… weird 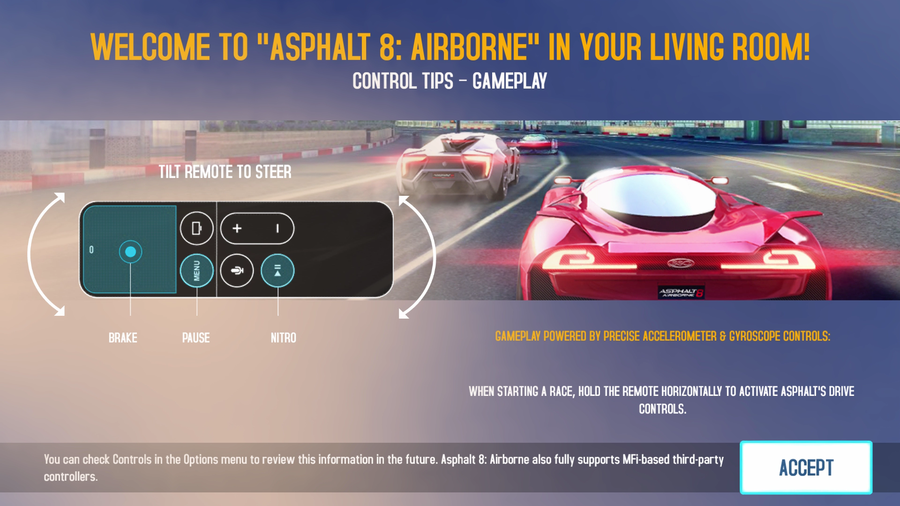 Developers on Apple TV have to support the Siri Remote. They can also let you hook up an MFi controller and play with all the buttons and analogue sticks that come with it, but the game must still work with a Siri Remote.

That's fair enough. Apple doesn't want you to download a game that doesn't work with the stuff that comes in the box. 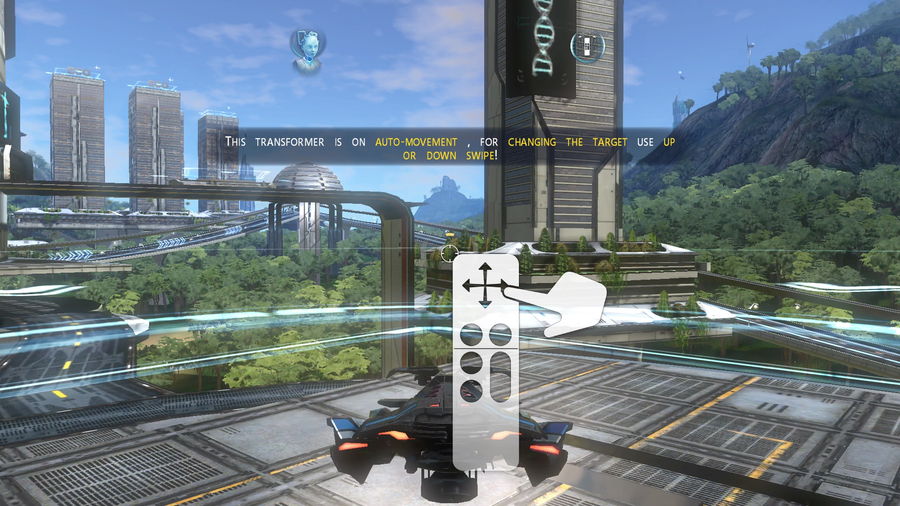 But not every game works so well with the controller. Trying to play manic arcade game Woah Dave with a touch-sensitive pad instead of a joystick is maddening, and trying to control a spaceship in Evolution by waggling the remote is tough. 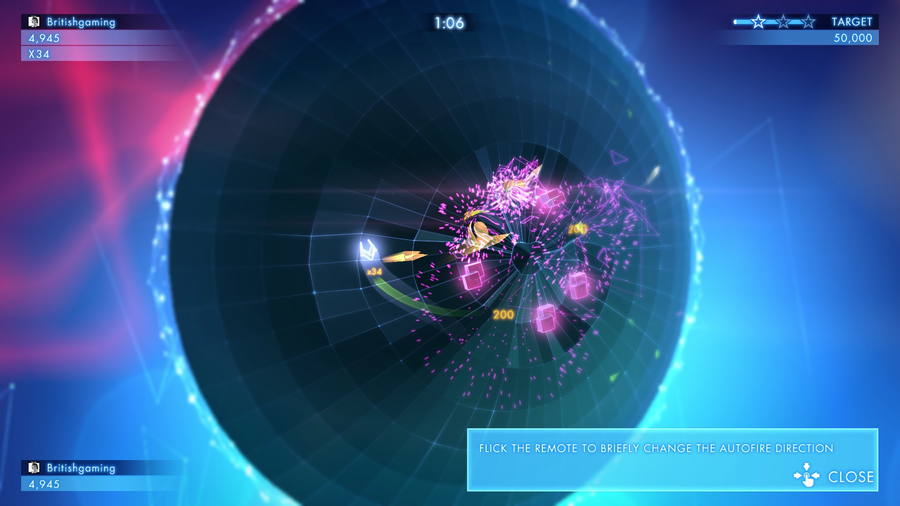 As soon as Geometry Wars 3 asks you to flick the remote to change firing direction, you'll be on your way to buying an MFi controller. Or, like, a PlayStation. 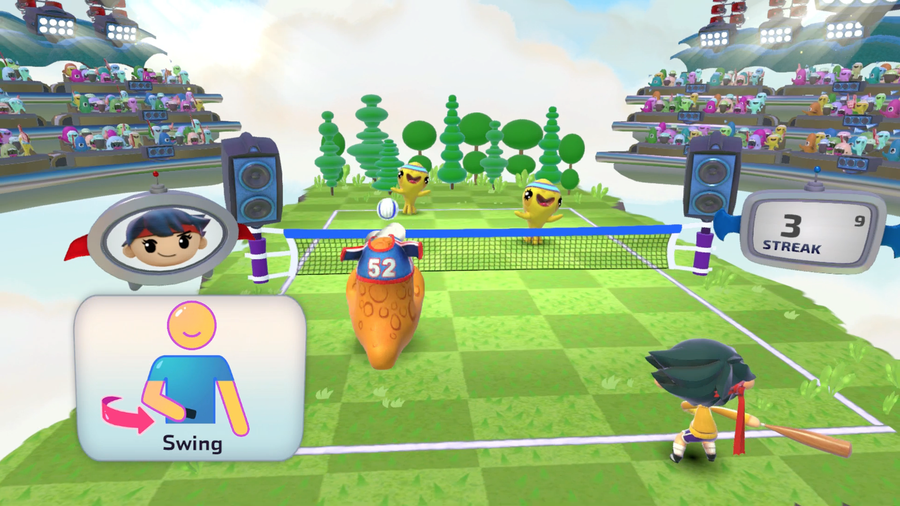 Like on the iPhone, the best games will ultimately be ones that are built specifically for the remote, and not trying to emulate another type of controller. Like Beat Sports, which is all swipes and swings.

You can play your iOS games, and your save games 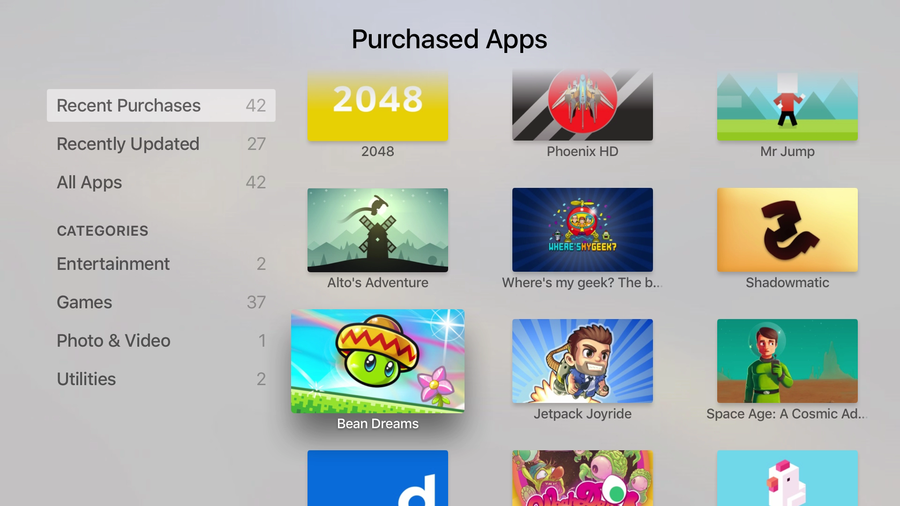 You know how you can buy an app on your iPhone and then download it on your iPad, too? The Apple TV works like that - all compatible apps just show up in your purchased list so you can immediately access Mr Crab or Transistor.

Unless developers specifically choose to make a separate version, that is. Nitrome's new game Beneath the Lighthouse has a (premium) Apple TV specific edition for some reason. 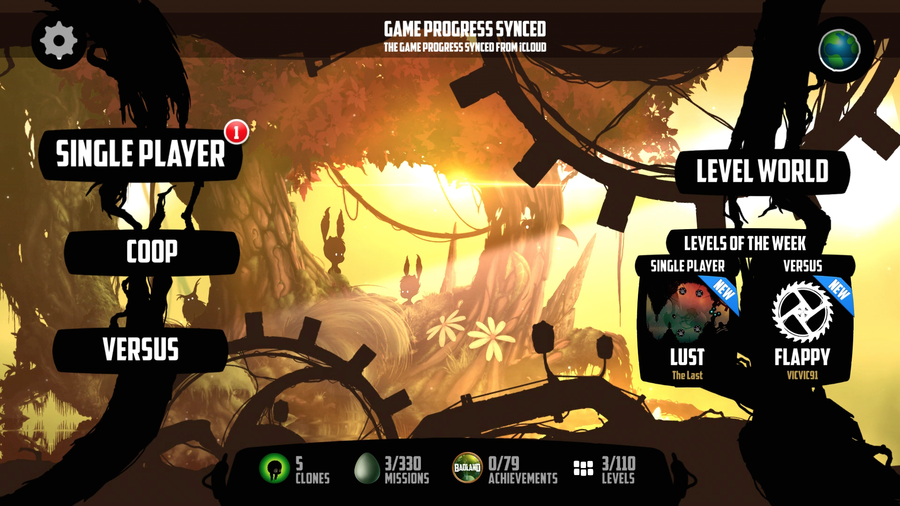 Similarly, your save games transfer between your phone and your TV so you can pick up your Badland save game on the big screen. Playing a game on your telly and then seamlessly continuing it on your phone is kinda… futuristic. I'm into it. 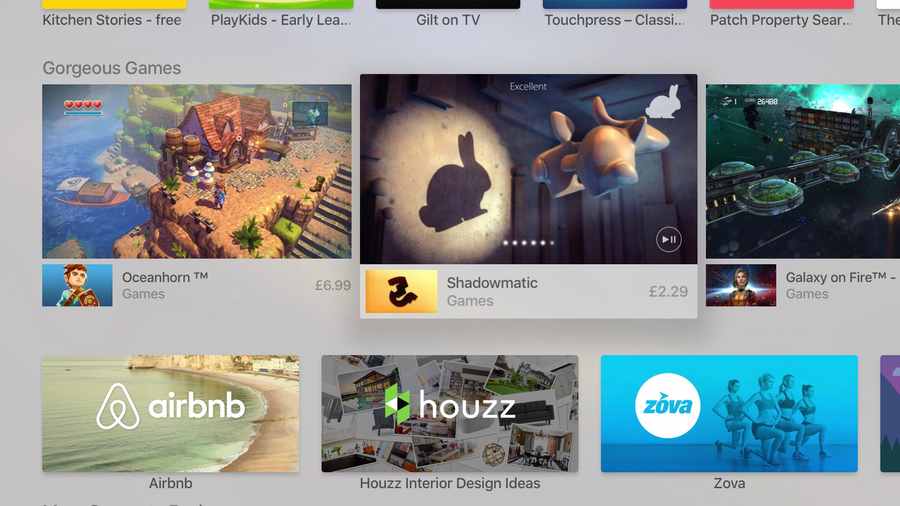 When you go in the App Store you get three options - apps that are featured by Apple. Apps you have downloaded on other devices. And a search bar.

There's no way to find RPGs or driving games or puzzle games or platformers. You're on your own with that one. Or, you're with us. We'll have some recommendations soon.

The store will no doubt become more sophisticated once more apps are released but for the time being, it's a little anemic.

The graphics are pretty good 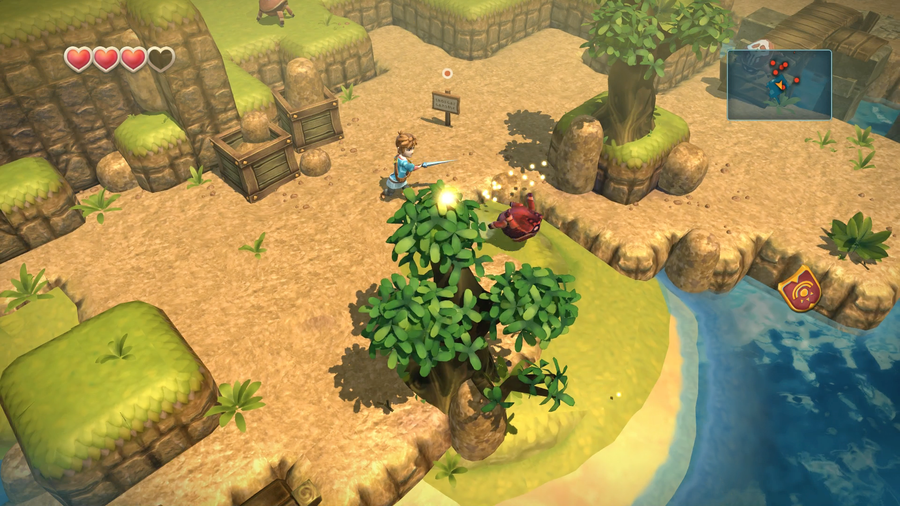 This isn't exactly an Xbox One. But it can play console games like Transistor, and fancy 3D titles like Oceanhorn and Galaxy on Fire have rather luscious graphics and run at slick frame rates and in sharp 1080p. 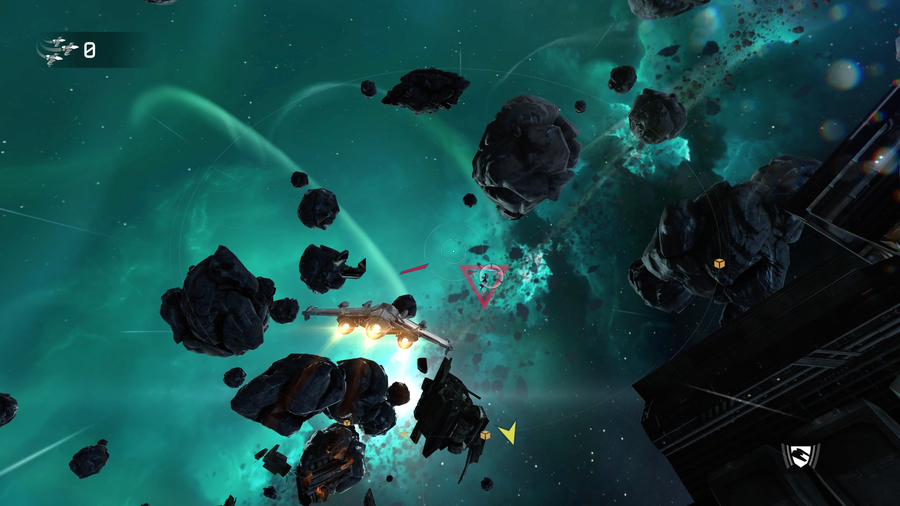 It's not going to be playing Batman Arkham Knight anytime soon, but, like the iPhone and iPad, the Apple TV is a very capable bit of kit.

The best games are better suited to your phone 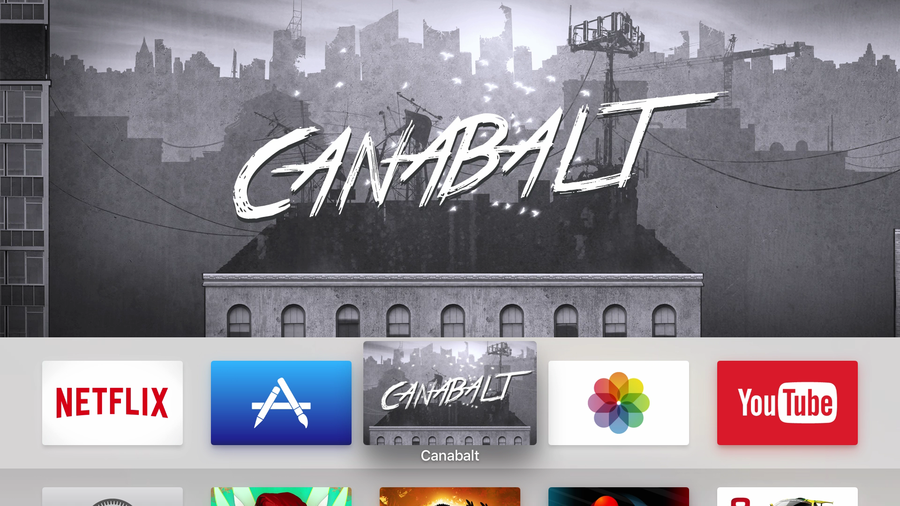 But here you are. Playing Canabalt on a 40 inch flatscreen, which is sat directly above a PlayStation 4. A PlayStation 4 that will probably make a bit better use of your stonking great telly and surround sound set up. 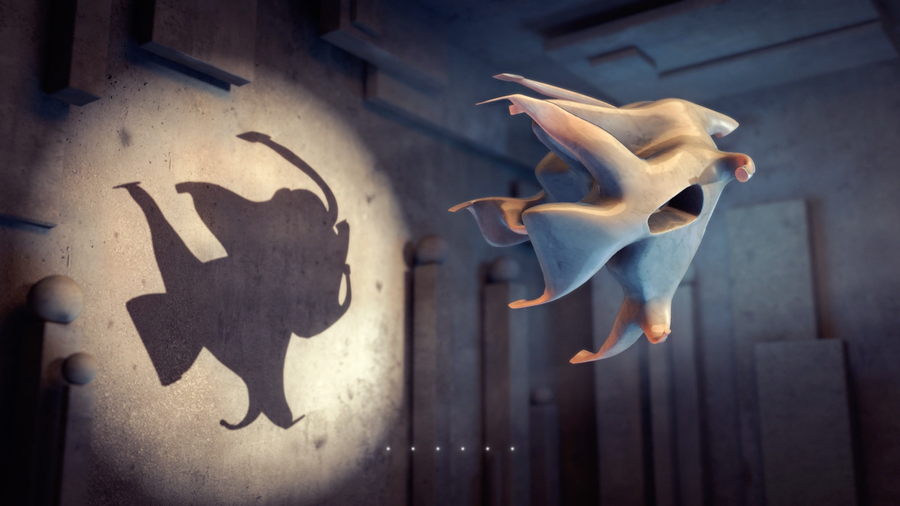 Terrific games like Canabalt, Mr. Jump, Shadowmatic, and Duet all exist on Apple TV and work perfectly. But, if you're anything like me, they're the games you play on the train or at the doctor's office - whenever you're away from your console.

SNES-style JRPG Justice Chronicles lets you command beasts in battle, out on Android