Her Story, an innovative crime story that blurs the line between fiction and reality, will hit PC, Mac, iPhone, and iPad on June 24th.

In the game, you solve a cold case by sitting down at a dusty CRT monitor and poring over hundreds of video clips that cover seven interviews from 1994 in which a British woman is interviewed about her missing husband.

You'll have to listen carefully, cross reference facts, and archive data. It's grounded, procedural detective work that don't often see in video games. So more Serial or Dragnet than Batman. 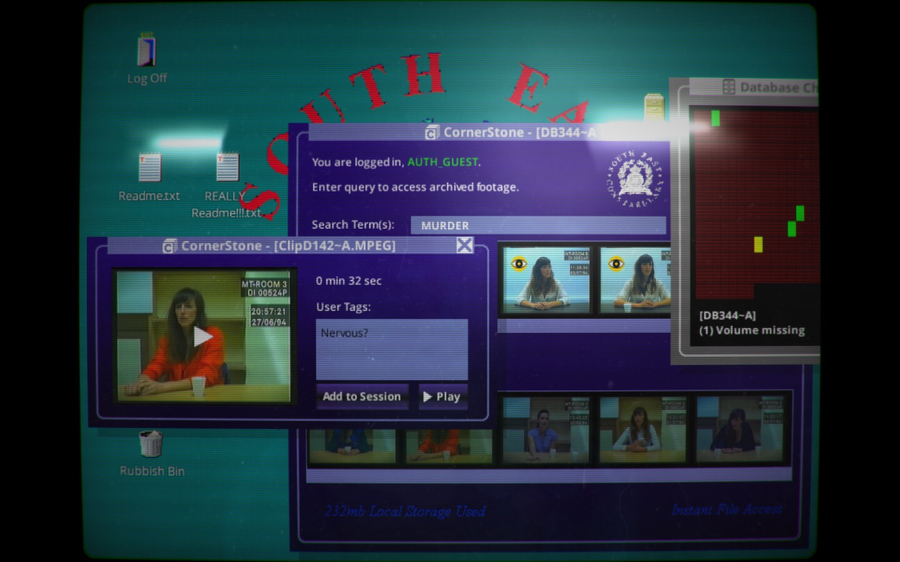 The game's made by Sam Barlow, lead designer and writer of Silent Hill: Shattered Memories, and it's being backed by Indie Fund - the financial backers who helped games like Framed and The Swapper come to fruition.

Anyhow, it looks and sounds all kinds of awesome. We can't wait for it, and we'll let you know when it's available. For now, start dusting off your Windows 3.0 knowledge.

Here's a trailer for iOS and Android infect 'em up Patient Zero: Day One

4x4 Jam HD is from the same people that brought you Daytona Rush, and we've got an early build

Her Story is the best iOS game this week

Hands-on with Her Story - an entrancing cold case detective game