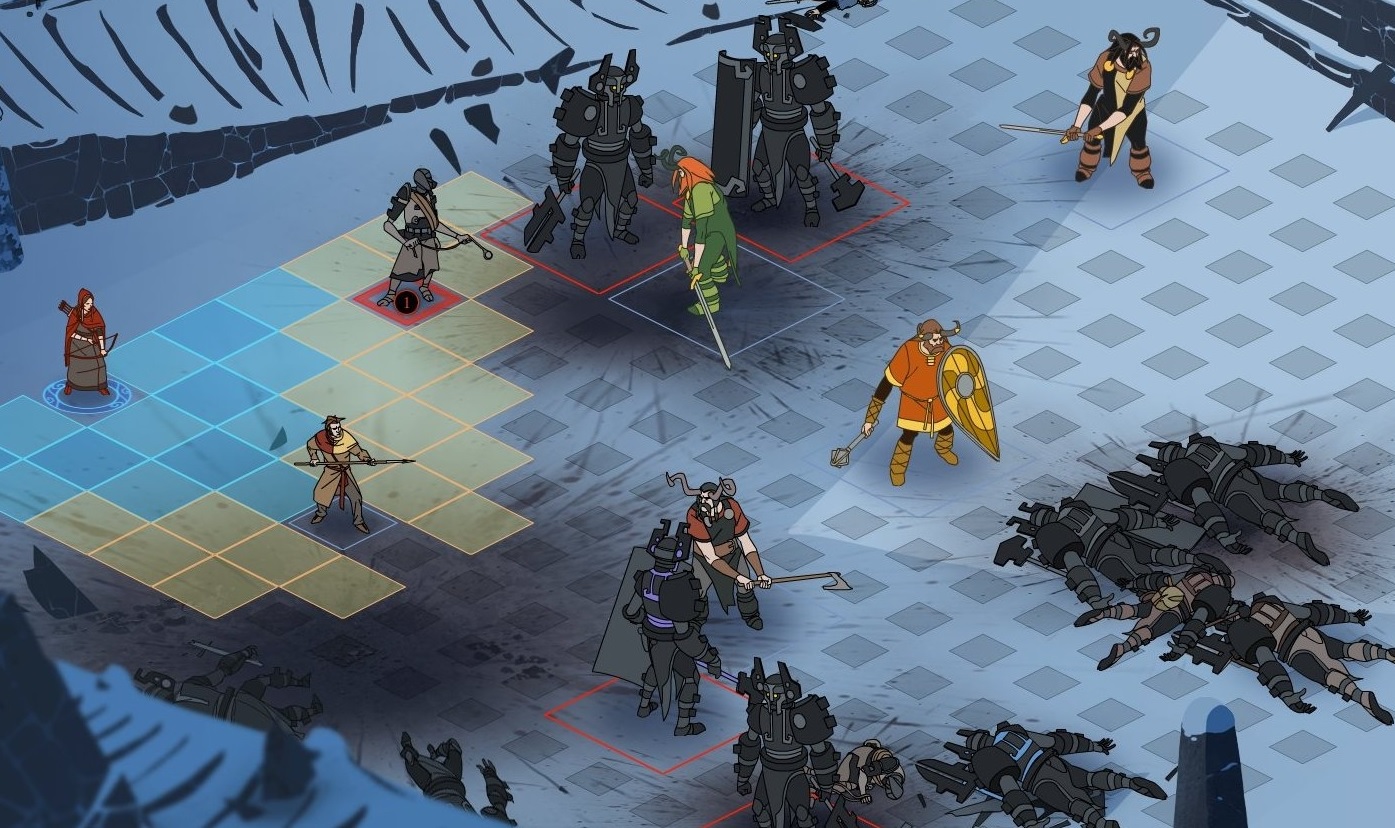 I never asked for this. I'm watching as my giant, horned viking-men known as Varls are swinging their hefty blades at the Dredge, almost pointlessly. I know they're going to die. I think they do, too - they're after that coveted warrior's death.

The Banner Saga can be a cruel RPG. You're given the task of leading a caravan of villagers and warriors across a snowy landscape.

You struggle for resources, try to give encouragement in choice-driven conversations, and engage in turn-based battles. It's a game of fighting against the odds and learning that you can't always win.

It's also a beautiful game. Admiring the views almost makes it worth the hopelessness. But don't take that the wrong way; that The Banner Saga is this challenging and brutal is its greatest appeal.

It's an RPG that feels epic as it takes you across a range of emotions, characters, and tough battles. It encourages you to care about what you're doing and to fight for it.

It was Sigmund Freud, the famous psychologist, that came up with the "death drive." It's what he called that urge you may get to kill yourself.

Turbo Dismount satiates the death drive for me. Have you ever been driving along the motorway and thought about crashing into something? I have.

Of course, I've never committed to it in real-life. But in Turbo Dismount I can crash cars endlessly, and watch my virtual body get thrown under the wheels of a truck. It's just what I need.

Turbo Dismount is also hilarious. It shouldn't be, as it features horrific traffic pile-ups that would cause many deaths.

But there's something funny about seeing a crash dummy posed suggestively over a bike pedalling into an intersection that causes laughter.

No cell in my body wants to ever hug the animatronic animals in Five Nights At Freddy's 2. Ever.

This horror game sequel is more of the same Gold Award-winning frights while simultaneously being completely different.

You're still a nighttime security guard sat helplessly in Freddy Fazbear's Pizza restaurant hoping to not be dismembered. And you still have the security camera feeds to frantically check for the sudden movements of your would-be killers.

But there are no security doors to protect you this time around. You only have a fake Freddy head to wear to help you avoid being dismembered. I hate it whey the stare through the eye holes at me.

There are also new animals with erratic behaviours to learn. They scuttle through ventilation shafts, hang from ceilings, and scare the crap out of me.

As with the first game, Five Nights At Freddy's 2 provides a good mix of drawn-out tension and jolting jump scares. It's one of the best horror games on mobile without a doubt.

Creature Academy has you collect, train, and battle teams of beauties and beasts

The 3 best Android games this week - Gunbrick and more