Incoming! Our 15 most anticipated iOS and Android games for October 2014

The nights are getting in. The temperature's dropping. It's now far more socially acceptable to sit inside all day playing video games. Yay.

To help you plan out your next month of being a hermit, here are 15 iOS and Android games that will keep you going through the chilly months. Long RPGs, quick fire getaways, and spooky Halloween-flavoured treats.

As always, you should not take these dates as fact. Games get delayed and release dates get lost. So all schedules and platforms are subject to change, and don't come crying to us if some slip into November.

For decades, amateur game developers have been using RPG Maker to design their own Dragon Quest-alikes. And a few have ended up on iOS and Android, over the years.

Inferno 2
By Radiangames - coming to iOS on October 2nd

Luke 'Radiangames' Schneider says that Inferno 2 is the "largest self-published project" he's ever undertaken. It's longer, more polished, and deeper than his entire catalogue of neon-dipped shmups.

Like the terrific Inferno+, this will once again feature Geometry Wars-style twin-stick shooting inside twisty labyrinthine levels. We look forward to finding out what's new in this sequel.

You can get more - and the skinny on the Android version - in the news story.

Beatbuddy
By THREAKS - coming to iOS on October 2nd

But the point still stands: this is a game where entire levels rock out to a looping background song, creating obstacles and enemies that must be avoided or defeated to the rhythm of the beat.

We previewed the game earlier this year during PG Connects in Helsinki. 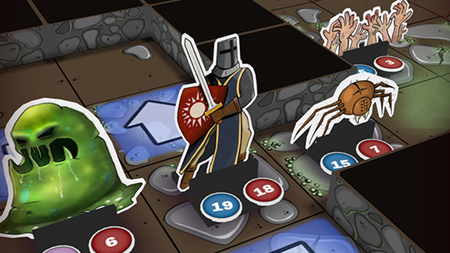 To me, the most exciting thing about Card Dungeon is the gorgeous Card Hunter-inspired visual design where heroes and enemies are little cardboard cut-outs, wedged into tiny plastic stands.

But others might be more interested in the novel mash-up gameplay, which mixes a card game with a roguelike for a dungeon crawler where your movements are limited to the cards in your hand.

Here's more, in the form of a news story.

Hellraid: The Escape
By Techland - coming to Android on October 2nd

iOS gamers have had this gory game for a while now. And have been stuck solving puzzles in some dank catacombs for months. Now, it's coming to Android.

Of the iPad edition, Harry said "A jumble of gore and old ideas, Hellraid: The Escape is entertaining when it's at its best, and enjoyable when it's not".

To date, the mobile Skylanders games have been spin-offs and mini-games. Trap Team, however, is a full-on console game that just so happens to be on your iPad or Android tablet.

You can even buy a portal that hooks up over Bluetooth and let's you import those fancy little figures into the game. It's a bold step for mobile gaming's continuing quest to be a serious gaming platform.

If this was just Yet Another Angry Birds game, but with the birds and pigs dressed in robo clobber, I don't think I'd be able to muster the enthusiasm to pen a single word on the subject.

Luckily for you, this isn't that. It's actually a curious mix of auto-runner and physics puzzle where you blast piggy shanty towns in the background, while the birds run and transform into vehicles in the foreground.

A breath of fresh air is just what these agitated birds needed. See more in our preview.

But hard rock band Avenged Sevenfold is giving it another bash with this fantasy hack and slash adventure that's scored to the sound of their new album. Will it be a good game, or a trumped up advert? We will find out.

On the Run
By Miniclip - coming to iOS in October

If Asphalt Overdrive failed to satisfy your cravings for endless drivers, try this on for size. Once again you're racing down the highway, dodging and weaving between cars to stay in one piece.

There's also a clever risk / reward mechanic where you can get a slipstream speed boost by tailing other cars, but you run the risk of smashing into their bumper. Still, it encourages you to stay in the pack and take your life into your own hands.

Tilt to Live: Gauntlet's Revenge
By One Man Left - coming to iOS in October 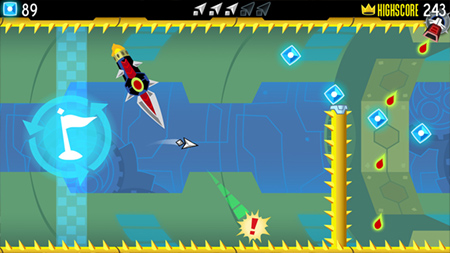 This started life as an update for Tilt to Live 2. But then it got bigger, and more complex, and more ambitious. And in the end, One Man Left decided to just spin it off as its own game.

So you get a collection of manic, savage, brutal survival mini-games. It's all a bit Flappy Bird, only if the pipes would smash together like giant green fists and crush the bird into a thin yellow paste.

The Drive - Devil's Run
By POLYGAMe - coming to iOS in October

Here's a driving game that pays homage to a very particular brand of retro racers: the chunky polygonal games from the mid-90s like the early Test Drive and Need for Speed games. Before they went all Hollywood.

It's also got a dashing cel-shaded art style that looks quite swish. Remember when every other game was cel-shaded? You had XIII, Jet Set Radio, Wind Waker, Cel Damage, Auto Modellista. Good times. Good, cel-shaded times.

Spirits of Spring
By Minority Media - coming to iOS in October

If you don't like arty games with a message to share, move on. This one comes from the guys behind Papo & Yo: a heart-breaking, dreamlike game about a young boy who's hiding from his abusive, alcoholic dad.

Cheery stuff. This follow-up is equally as challenging, and explores bullying. In play, it's an adventure about a young boy, Chiwatin, and his two friends, Rabbit and Bear.

Fighting Fantasy: Caverns of the Snow Witch
By Tin Man Games - coming to iOS and Android in October 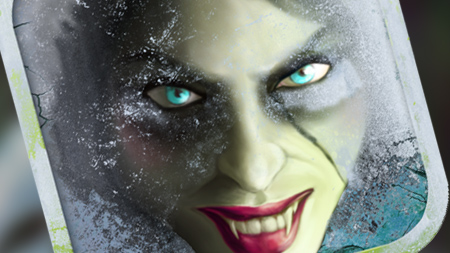 The next Choose Your Own Adventure app to come out of gamebook factory Tin Man Games is a classic.

This 1984 Puffin novel, written by Ian Livingstone, casts you as a guard on a merchant's caravan in frozen Allansia, who heads into the tundra to hunt down a killer beast. Start dusting off your dice in anticipation.

Haunt the House: Terrortown
By SFB Games - coming to iPad in October

Whatever the case, SFB Games's sandbox puzzle game Haunt the House is coming to iPad. You play as a ghost and it's your job to scare people away by possessing various objects and using them to spook the cartoon inhabitants.

You can see and read loads more in our EGX preview.

Every year, some developer gets the pleasure of standing on stage alongside Tim Cook at the latest iPhone keynote, to explain just how fandabby doozy their new game will look on the latest iThing.

Super Evil Mega Corp had the honour, this year, with its mobile MOBA Vainglory. So if you just got an iPhone 6, or you're running any iOS device capable of Metal-powered graphics, this is one to look forward to.