Hands-on with Terra Battle: Is Mistwalker's free to play tactical RPG worthy of its heritage?

For the first ten minutes of Terra Battle I have no idea what's going on. The game flashes instructions at me and I tap where I'm told.

There's a feeling of dread in my gut. This smacks of a card battler. Tap here, now tap here, now recruit some other hat-wearing-goon to help you in your quest.

And then I'm left to my own devices. Allowed to poke my archer and my knight around the screen as I see fit, things suddenly start to click. It's like a board game. But it's also a puzzler. And it's a tactical RPG. And there are card-battling elements, but they're handled well.

It's a game about quick-thinking and sensible positioning. It doesn't rush you until you've made your decision, and then it screams at you to hurry up.

All these elements are squished together inside the hollow shell of an RPG, and the end result is a surprisingly tense experience. 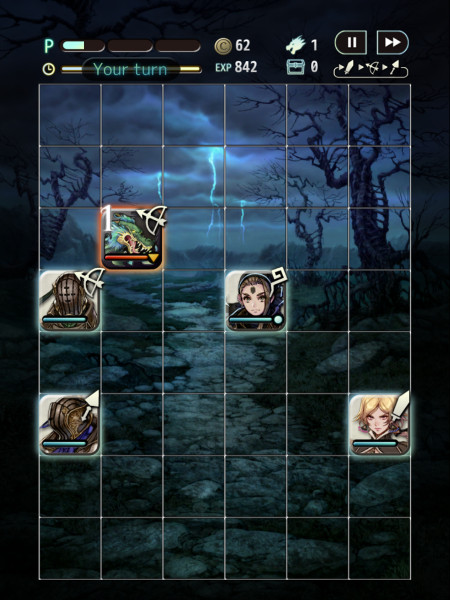 There's almost no fluff or padding here. Bits of story slosh by as text and then you're dropped into one of the battles that makes up the core of the game.

These take place on a grid. Your warriors are represented as little tiles. To begin with I've got one with a sword, one with a spear, one with a bow, and a healer with a staff.

Waves of monsters pop up and you need to use your team to vanquish them. You only attack if you're flanking a creature, or if you surround in when it's in a corner.

But you need to think about where you position your other warriors as well. If they're in line with the attackers they can give boosts and buffs that make you even more effective in combat. 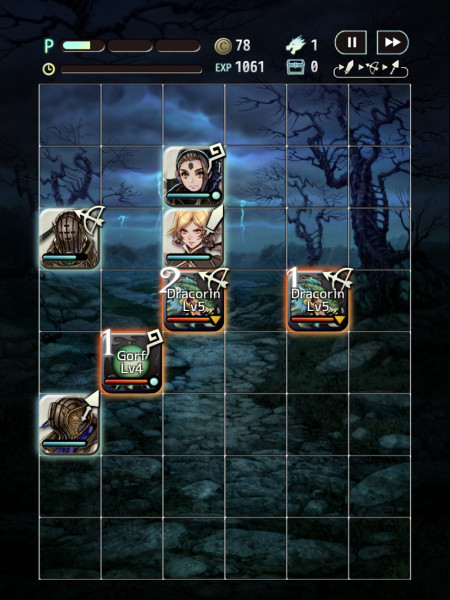 There's a circle of damage to consider as well. Each friend and foe has a weapon type, and they stack up differently against each other like in a game of rock, paper, scissors. Swords are better against bows, but spears are better against swords for example.

You can only move one of your fighters per turn, but if you pass through a square occupied by an ally you budge them one square in the opposite direction.

But as soon as you start moving a clock starts clicking down. It's entirely possible to do complex loops of the battlefield to position your warriors for the perfect hit, but if you mess up you're going to have wasted a turn.

There are energy timers and a currency to collect or buy, but in the couple of hours I've put into the game they've not detracted from the surprisingly complex tactical battles. 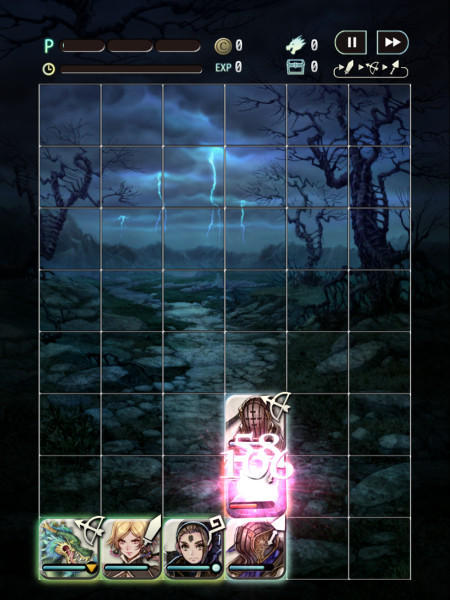 Terra Battle is an RPG stripped down to its barest bones, and from what I've seen it works surprisingly well. Or at least it does once it's stopped explaining things into your face.

It's not an epic adventure to waste hours in, but its bite-sized scraps are the perfect size for a decent mobile gaming session.

It's not without great ideas, either. And there's room for some really intriguing experimentation in its tightly packed, focused battles.

Some will balk at the free to play nature of the game, and there's almost no visual sparkle here save for some pretty impressive character art.

It'll be interesting to see how Terra Battle fares in the long run, and whether or not those energy timers come into play, but for the time being you can paint us cautiously optimistic about this one.