Get your Mega Evolved self in here

Pokémon X and Y players, how do you fancy getting your hands on some special shiny Pokémon for free this October and November?

It works like this: between October 15th and November 5th, UK players will be able to claim a special code from any GAME store in the UK. It's printed onto a receipt and you don't need to make a purchase to get one.

For US players, it works the same but you'll need to go to a GameStop between October 13th and October 26th to get your code.

This code will get you a special Shiny Gengar holding a Gengarite Mega Stone for Pokémon X and Y. This'll allow you to Mega Evolve the Shiny Gengar into Shiny Mega Gengar during battles. 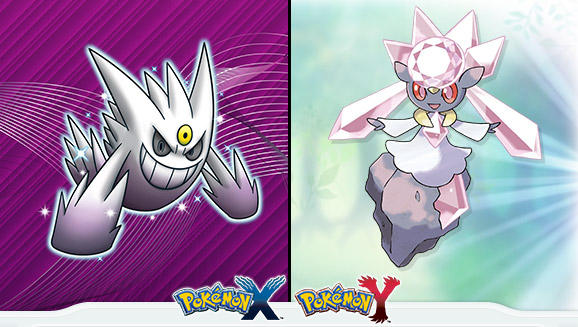 Additionally, from November 6th until November 28th, UK players can get another code from GAME that gives you Mythical Pokémon Diancie for Pokémon X and Y, too.

Again, the same goes for US players except you'll need to head to GameStop between October 27th and November 16th to get your code.

Getting this code for Diancie also means you can transfer the Mythical Pokémon over to Pokémon Omega Ruby or Pokémon Alpha Sapphire.

You obviously won't be able to do that until Omega Ruby and Alpha Sapphire are released on November 28th. You'll also need to buy one of those games, too, of course.

You can pre-order them at GAME and GameStop, in fact, and also get either a Primal Groudon or Primal Kyogre figurine while you're at it.

Presuming that you do purchase one, you'll then have to obtain the Diancite Mega Stone in those games so you can Mega Evolve Diancie into Mega Diancie during battles.