RPGs and indies for PS Vita, slim pickings for 3DS

PS Vita owners: prepare to be beset by some very Japanese oddities and a league of indie arrivals this month.

Yes, we're still running a little light on the 3DS front this summer. However, American readers may be pleased to learn the Shin Megami Tensei series (IV, Devil Summoner: Soul Hackers, and Devil Survivor Overclocked) and Code of Princess are half price until 4th August - grab 'em while you can!

Otherwise, you may want to focus on training your Pokémon in preparation for Omega Ruby and Alpha Sapphire this November. You want to have a team ready for your very own gym, right?

Sequel to Lego Battles: Ninjago from a few years back, this is based on the latest TV series of Lego Ninjago: Masters of Spinjitzu.

Tappingo 2
By Goodbye Galaxy Games - out 28th August in US

We thought Tappingo was puzzlingly good earlier this year. A more relaxed, colourful take on Picross, mixed in with elements of rare treat Pic Pic.

100 new puzzles seems a little light to me, but as long as they're somewhat tougher than the original's all will be well and fine. Tappingo 2 should be arriving in Europe this November.

Professor Layton vs. Phoenix Wright: Ace Attorney
By Level-5 / Capcom - out 29th August in US

America's mighty late to the party on this one. This is a prime example of a crossover game, melding two of the most popular DS franchises and keeping true to both.

Back in March we honoured Professor Layton vs. Phoenix Wright: Ace Attorney with a coveted Silver Award, saying "with its winning mix of puzzles and courtroom craziness, it doesn't take a genius to see that picking this game up is a no-brainer". 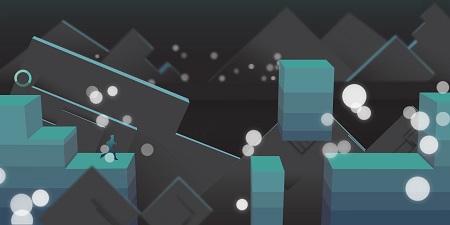 This minimalist infographic-based platformer is an intriguing prospect for anyone who like to dabble in all things different.

It really must be seen in motion to fully understand its scope, so make sure you check out its first gameplay trailer over here.

The Swapper
By Facepalm Games / Curve Studios - out 5th August in US, 6th August in Europe

Here's an atmospheric platform puzzler where you'll need to clone yourself and have more than a few out of body experiences to complete your mission.

We only just gave The Swapper a Bronze Award the other day, calling it "a mesmerising, creepy, unique, and frustrating puzzle platformer".

Akiba's Trip: Undead & Undressed
By Acquire / Xseed Games - out 12th August in US

Disgaea 4: A Promise Revisited
By Nippon Ichi Software - out 12th August in US, 29th August in Europe

Dood! This latest release in the popular SRPG series means you can finally have the complete collection of Disgaea games and spin-offs (okay, bar D2) all on one system.

As with Disgaea 3: Absence of Detention, this release includes every last morsel of DLC from the original, as well as plenty of new content and gameplay elements from Disgaea D2. 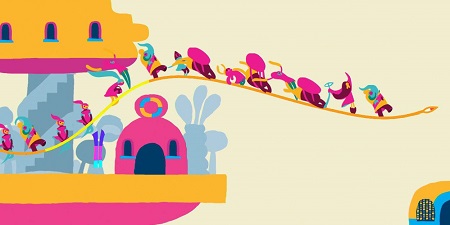 As The Long Mover, a multicoloured - quite possibly magical - flying snake, you'll be floating through environments and interacting with the locals, flora, and fauna. Think Noby Noby Boy, just even more serene and relaxing.

Here's a MMORPG with dating sim elements based on a series of visual novels, manga, and anime. That 'O' stands for 'Offline', by the way. Déjà vu though - didn't the .hack series already do this?

The game also comes bundled with an HD port of Sword Art Online: Infinity Moment, which missed out on a western PSP release. Quite the deal if you're some kind of RPG-collecting maniac.

An enhanced remastering of the most peculiar PS3 JRPG, a game obsessed with gaming references. Taking place in the world of "Gamindustri" with countries representing the PS3, Wii, 360, and a fictional Sega system, look no further for tongue-in-cheek humour.

Incoming! The most exciting 3DS and PS Vita games for July 2014

Incoming! The most exciting 3DS and PS Vita games for June 2014