Out at midnight: Hellraid: The Escape is a puzzling teaser app for Techland's upcoming next-gen game

Are you looking forward to Techland's first-person co-op slasher Hellraid, on PS4, Xbox One, and PC? What do you mean you've never heard of it?!

You better educate yourself, son, with this spin-off puzzle game for iOS. In Hellraid: The Escape you get to explore the world (and meet the demons) of the upcoming Hellraid, but you use your brains instead of weapons.

That means you get to solve a bunch of The Room-style puzzles, while traipsing around a dank dungeon. You'll also get to cast spells and have to outsmart monsters.

We weren't overly impressed by the game in our hands-on preview from back in May, where we called it a "glitchy, troubled teaser app". But, to the developer's credit, Shortbreak delayed the game until July to fix things.

We will have a full review of the new version, soon. 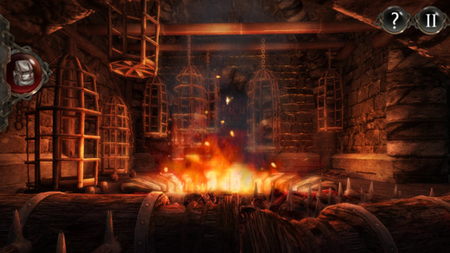 If you're impatient, the game will be out at midnight and costs £1.99 / $2.99 and has no in-app purchases. You need an iPad 2 or newer, an iPhone 4S or newer, or an iPod Touch fifth generation to play.

Developers Shortbreak Studios and Techland are already talking about future, free updates. You can look forward to co-op chambers for up to four players, zero-gravity chambers, and support for older devices.

Want more? Check out our growing collection of Hellraid: The Escape news stories!

Out at midnight: Miniverse is an astronaut rescue mission for iPad about precision and timing