But will it be released outside of Japan?

According to the magazine scan that you can see at the bottom of this article, Explorers is going to be exclusive to 3DS and will be a multiplayer action-RPG.

Looking at the screenshots, it seems to be a combination of typical Final Fantasy elements and Monster Hunter.

Siliconera has translated the Japanese text to reveal that the core of the game involves hunting for crystals. To do so, you'll have to work as a team to defeat the different generations of monstrous Summons.

Apparently, there are four Jobs from which to choose: Black Mage, White Mage, Knight, and Monk. They each boast unique abilities and can call upon a large range of weapons.

So, the Black Mage uses long-range magic, while the White Mage focuses on recovery spells. The Monk overwhelms enemies with physical attacks and surging rushes. Lastly, the Knight is very defensive and takes plenty of damage.

There aren't any more details available at this time. We don't even know if Final Fantasy Explorers will ever be available outside of Japan.

Hopefully, we'll find out more about Final Fantasy Explorers from Square Enix in the near future. 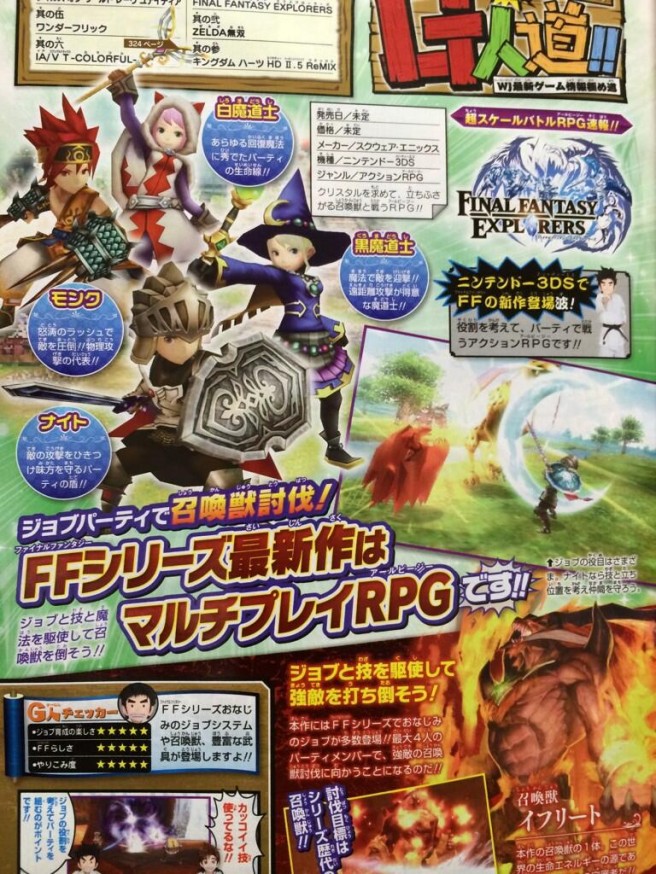 Scuba Diver Adventures: Beyond the Depths

Final Fantasy Explorers is heading west on 3DS in January 2016