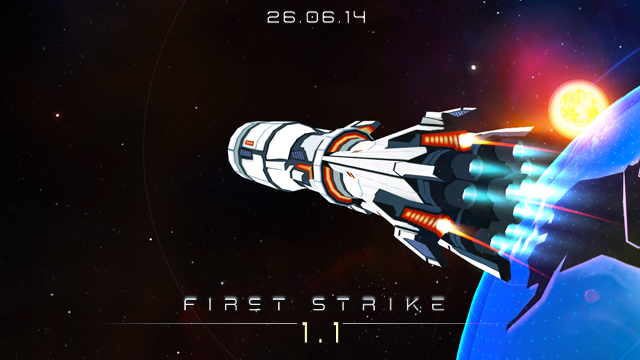 The first update to the Silver Award-winning First Strike is currently whistling through the air like a nuclear warhead, you see.

It's due to land on June 26th, but we have a lowdown of everything that it will add, so let's get to it.

Firstly, the free 1.1 update will let you play First Strike on mobiles and not just tablets. You may think that would be sufficient for an update, but no.

It will also include two superweapons. They'll be the last reasearchable tech within the game, and each alliance is only allowed one per game session.

The first one is the TSAR, which has the ability to level entire continents and takes five intercept missiles to shoot down.

The Stealth Bomber is the other one. It flies beneath defence systems, is barely visible when cloaked, and is instantly reusable should it return to you.

The other additions are Tactical Highlighting and Fast Play Toggle. The latter should be obvious (you can speed up the game), while the former gives a quick overview of nation ownership.

That's it for this first update to First Strike. But developer Blindflug Studios says it would like to add further expansions with Capital Nations, Submarines, and Orbital Lasers.