Rovio's released the first screenshot for Angry Birds Stella, a game we first heard about back in February.

As the tenth title in the Angry Birds franchise, we expected something revolutionary from Stella but the first screen looks... well, pretty Angry Birds-vanilla to us.

And that's a good thing.

Putting a firm focus on "a spirit of female heroism and friendship", Angry Birds Stella follows the adventures of the bubble gum pink Stella and her friends Poppy, Willow, Dahlia, Luca, and Gale. 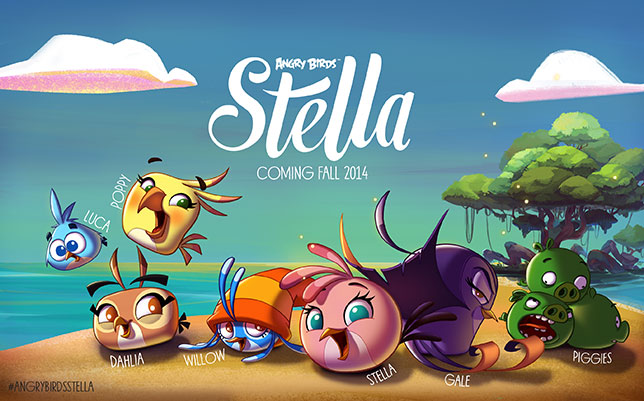 This flock roosts on Golden Island, a never-before-seen corner of the Angry Birds universe that looks like a mash-up of Barbie's neighborhood crossed with the forest moon of Endor.

Following the September Launch, Angry Birds Stella will get a 13-episode run of six-minute cartoon shorts on ToonsTV, regular TV, and other video services.

If you want to find out more about Angry Birds Stella, Stella, or any of her friends, click this underlined blue text right here.

Control the Luftwaffe just by moving your wrist