It's been awhile since we've heard anything out of Firedroid, the Danish studio that brought us the airship puzzler Kings Can Fly.

Thankfully, the devs have been hard at work on a new game - Ice Cream Nomsters - that's due out for iOS and Android this summer.

One-half puzzle game and one-half time management challenge, the goal of Nomsters is pretty simple: deliver as much ice cream as possible to as many monster houses as possible before time runs out.

At this point you might (rightfully) ask why there are monster houses or why they want ice cream. 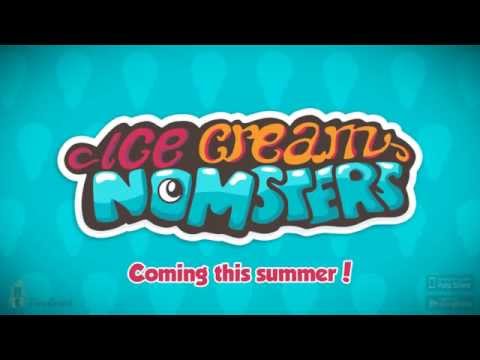 While the path tracing of Ice Cream Nomsters looks simple at first, we've been told that later levels will feature challenges like blockades, one-way routes, and teleporters.

We're not sure what they have to do with the rest of the game, but hey - if we're willing to accept monster houses that crave chilly calories, I suppose we also need to open our minds to the idea of teleporting ice cream trucks.

If you'd like to know more about Ice Cream Nomsters, you can check out its official site or just trust us to let you know when it comes out.

Ice Cream Nomsters challenges you to feed hungry monster houses, out on iOS and Android now