Unpossible is a decidedly slick twitchy dodge-'em-up that balances challenge, reward, and chaos.

For the first few tries you'll be terrible at it, ploughing into pylons and razor-edged walls with fumbling aplomb.

But like the best games in the genre, after a while things start to click, and the game sinks its claws into the part of your brain that controls tapping.

And then you'll unlock the next difficulty setting and repeat the process all over, speeding up your reaction times as you try and weave through an almost nauseatingly fast swirl of obstacles.

It might lack some of the minimalist purity of other examples of the genre, but when it comes to arcade thrills and spills it's sharp enough that you won't grumble.

The game is all about swinging around a pipe, dodging out of the way of onrushing neon-veined clumps of scenery.

It's all in first-person, which gives everything a greater sense of urgency. There's no avatar to knit through the lines of grey death - just the edges of the screen. 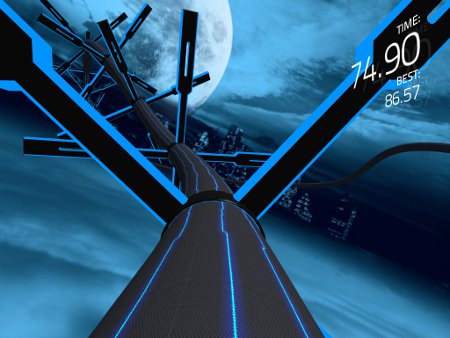 Don't try this when you're ill or hungover, trust me

You control the game either by tapping on the left and right of the screen, or by tilting your phone or tablet.

The tilt controls aren't the best we've ever used, but the touch controls work great, giving you tight control over your progress.

And that progress can be shared with friends around the world. There's an emphasis on leaderboard bragging rights and high score chasing that cements Unpossible's arcade status.

Daily challenges let you compete on a level playing field as well, and just lasting for more than a minute on the harder difficulty settings is a pretty impressive feat. 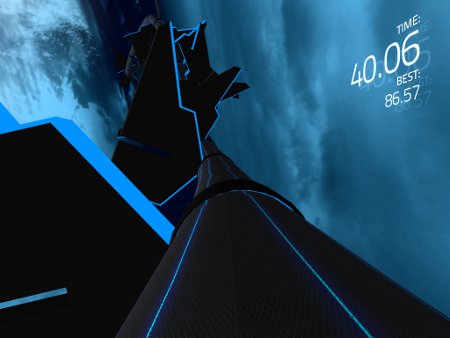 The second mode you unlock in Unpossible is called Futility, and that pretty much sums up the angry stance the game takes from the word 'go'.

This is super-tough arcade gaming, a dark and difficult wedge of almost pure play that wears a little more sparkle on its sleeve than some of its inspirations.

Unpossible might only deliver its gameplay in minute-long thumps, but they're tight enough, and engaging enough, that you'll keep coming back for more.

Out at midnight: Unpossible is a twitchy tube rider with an impressive style for iPad and iPhone

Twist around the tubes of this dodge 'em up