The Wolf Among Us - Episode 3, A Crooked Mile

Episode three of The Wolf Among Us is, like the last instalment, a bit of a wheel-spinning stopgap that mostly serves to drag the murder plot line out to meet the five-episode requirement.

This time we spend the entire episode on the hunt for pervert Crane, who everyone in the game thinks is the murderer even if everyone playing the game doesn't.

It was during this dud note in the increasingly forgettable murder investigation that I came to realise that the The Wolf Among Us isn't so much about the murders in Fabletown. It is - as the name might suggest - more about the wolf himself. 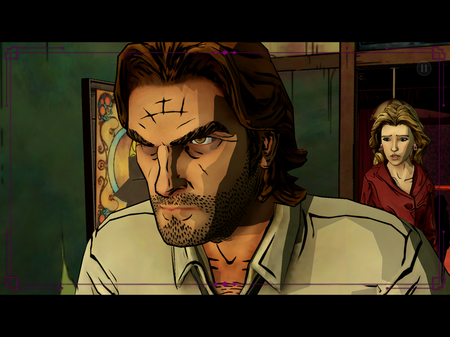 It's about how Sheriff Bigby - once the big, bad villain of Red Riding Hood, now a lawman in a town where fairytale characters use magical potions to disguise themselves as humans - is going to act as he works the case.

Will he be the surly, heartless, grandma-eating jerk that everyone thinks he is, or show some compassion, tact, and restraint? This is the focus of many choices, it's the thing characters will remember, and it's a lot more interesting to toy with than the dragged-out murder plot.

In any other medium, or in a game not built around choice, Bigby's character wouldn't be so malleable and would change in a predetermined arc. But here, you are given complete control over how Bigby acts and most of what he says.

Does he break up Holly's funeral, or wait for it to finish? Does he show Crane's sick photos to Snow, or spare her the grisly details? Does he punch, break noses, and tell people to get lost, or hold his temper? 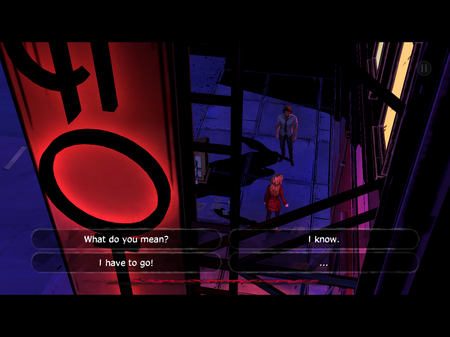 By this point in the series, it's obvious that there's no good reason to act one way or another - you're always going to find out who the murderer is, and even if your methods close off one avenue of the investigation, the course-correcting storyline will open up another.

Instead, The Wolf Among Us is enjoyable because it's just fun to embody a character, and see how acting one way or another will make tiny changes in the plot, or come back to bite you in the ass, or cause characters to see you in a different light.

And where The Walking Dead's Lee was largely a blank slate to doodle on as you saw fit, Bigby is a more refined person with relationships and a reputation that stretches back before the start of the season. It's a different, and often more interesting way to sculpt a character. 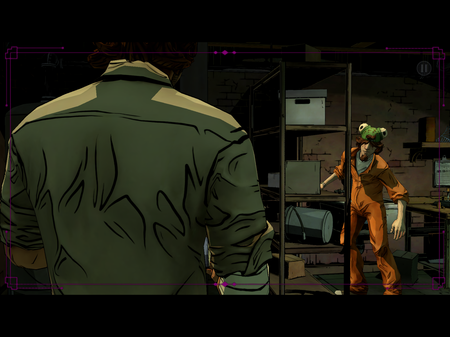 Top tip: if you're trying to disguise your identity as the frog prince, don't wear a frog hat

But, ultimately, we'll have to wait and see whether our choices as Bigby really add up to anything by the end.

Will my Bigby, a good man desperately trying to prove he's changed, though with the occasional cruel comeback, brush off, insensitive comment, or straight up murder, have a different outcome to your Bigby? Or will all this character development come to naught?

Until then, episode three is just more busywork. But it does provide some nice moments. In one scene, Snow becomes hotheaded and Bigby can be the voice of reason, which is a welcome change of character for them both. And we finally get to see Bigby's full transformation into a terrifying lupine monster.

Which should have been exciting if my iPad didn't cough and splutter throughout the event. Technical issues are sadly frequent in The Wolf Among Us and there's a general impression of rushed and slapdash development throughout this episode. 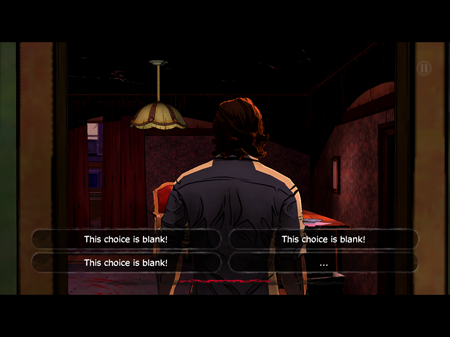 Episode three isn't essential, then. Not much happens, there are few moments for big overarching choices, and it hammers home the limitations of how much the narrative can truly change.

But I'll keep playing, because shaping Bigby's character is fun and I want to see where it ends up; because the new characters are often interesting; and because as drawn-out and unsatisfying as it has been so far, I still want to find out who the murderer is.

Want more? Check out our growing collection of The Wolf Among Us review!

The Wolf Among Us

Much like episode two, A Crooked Mile is an uneventful stopgap in the murder plot. But it's still fun to shape Bigby's character, and explore this bizarre fairytale world
By Mark Brown
| Apr 14, 2014 |
iOS + Android
Find out more about The Wolf Among Us

The Wolf Among Us - Episode 4, In Sheep's Clothing

The Wolf Among Us - Episode 2, Smoke and Mirrors