Walking Dead: Season 2 - All That Remains

Telltale's 2012 masterpiece The Walking Dead charted the final few months in the life of convict Lee Everett, as he attempted to keep a young girl called Clementine safe in a world suddenly teeming with zombies and jerks.

It was a harrowing trek through a rusty, mouldering, flyblown post-holocaust Georgia, populated by raggedy bands of dazed survivors who had degenerated into primitive extremes of tribalism, cooperation, brutality, and kindness.

And at the end of all that, Lee got bitten by a zombie and shot in the face, which means Clem is the star of season 2.

Inevitably, she's not the same wide-eyed little girl that Lee found sheltering in a treehouse all those months ago. Not only is she jaded and weary, but she's also a lot more capable of killing zombies, fighting off humans, and answering back to grown-ups.

Once again, the action and puzzles are pretty basic, and generally involve either swiping in a direction to dodge, tapping on a object to use it, or tapping rapidly to apply sustained force.

Sometimes you have to tap a prompt as a pair of square brackets close around it, which can be fiddly and momentarily distracting, but for the most part these interactions are wisely designed never to interrupt the flow of the narrative.

And once again, the narrative is embellished and in some places steered by the choices you make in conversation and deed.

Throughout this short chapter you'll be placed in situations where you can choose to be aloof or friendly, aggressive or submissive, pragmatic or sentimental, and all invariably against the clock so you don't have time to make artificial calculations. The game tries to make you be yourself. 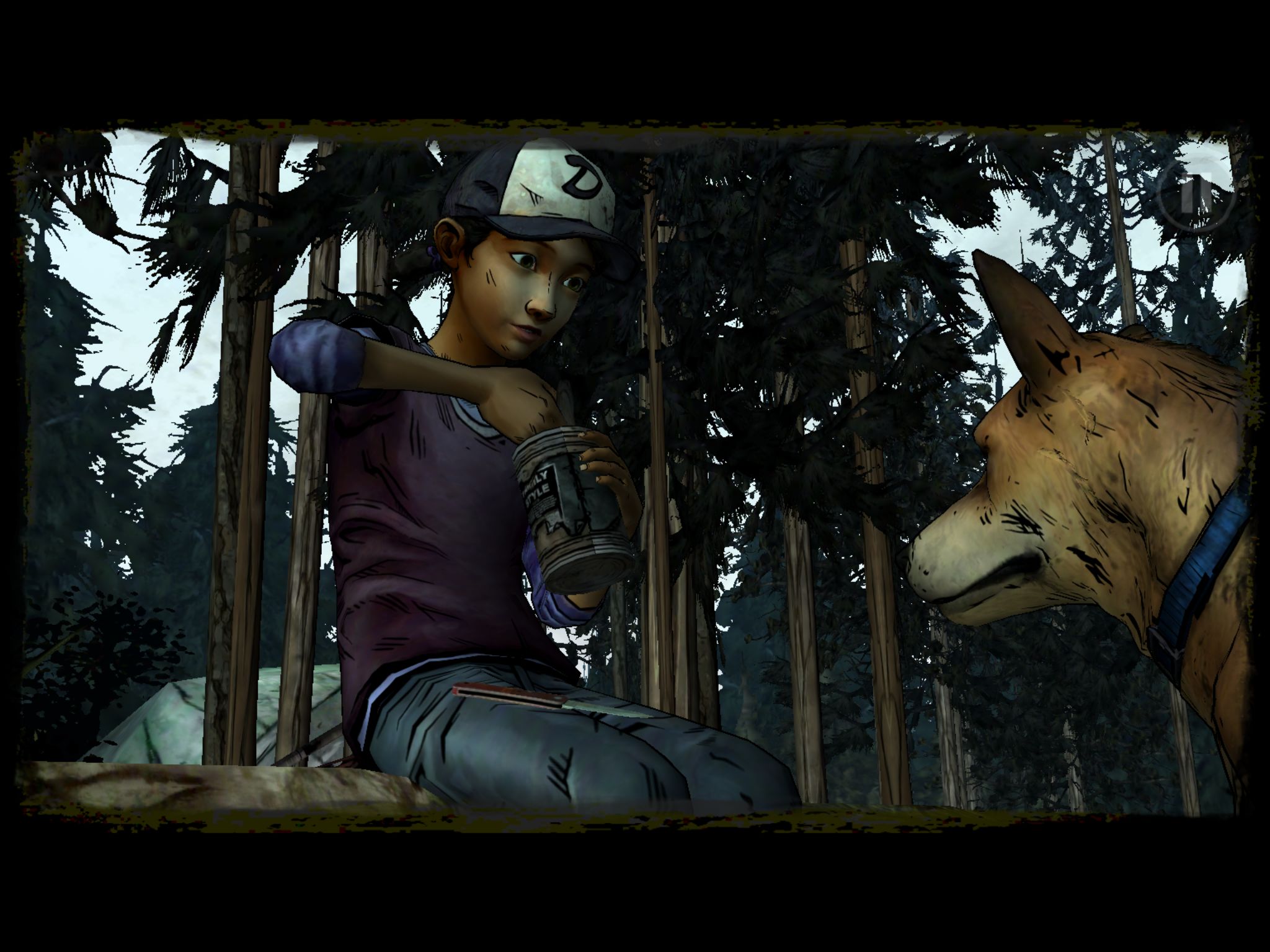 I wanted Clem to eat this dog, but it wasn't an option

It's a clever and involving concept, but in places the emphasis on choice just draws attention to the ultimate absence of choice. For instance, at one point you have no option but to fight a man when you might, if you're like me, want to hear what he has to say first.

This can be distracting, though the fact that you make these highly nuanced judgements at all is testament to the quality of the story, dialogue, and characterisation.

Choose your own apocalypse

The first season of The Walking Dead had a couple of things going for it that the second season doesn't.

Firstly, by giving you the responsibility to look after a child it tapped into a vast and primal source of emotional potential.

This may be the consequence of my having daughters, but worrying about Clem while I went about my business as Lee was pretty much a constant cause of anxiety, and insane protectiveness was a factor in my decisions throughout the game. 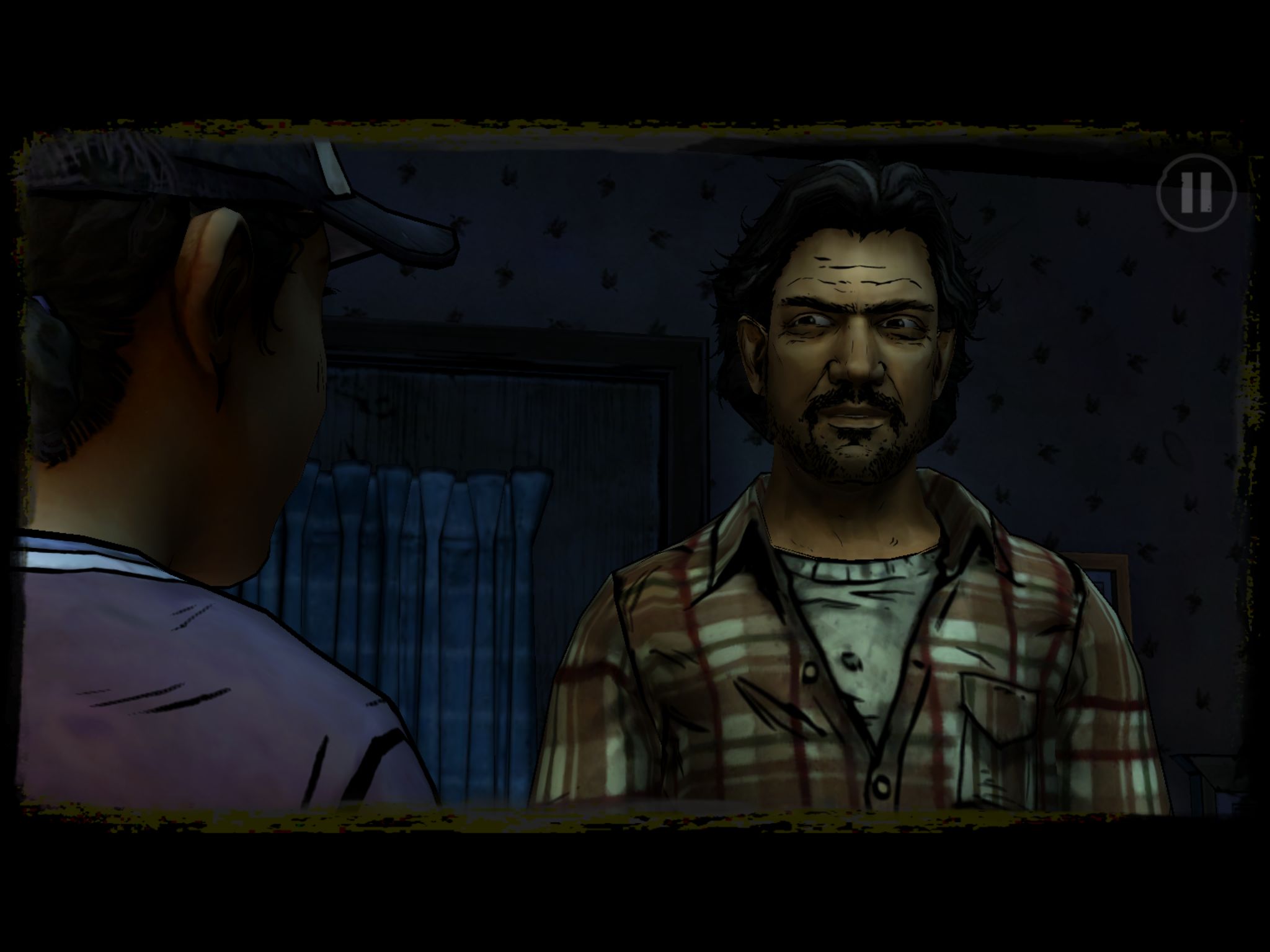 
And secondly, you were never sure how far The Walking Dead was prepared to go, which made it oppressively tense. Just in case you were starting to get complacent by chapter three, it killed off a child, and just in case the month or so between chapters had given you time to forget about this, it showed you a zombie child at the beginning of chapter four, as if to say, “Clem can die, you know.”

Now you are Clem, and if you die you just wake up again.

Finally, the first season of The Walking Dead was to a large extent a game about managing relationships in groups, and while I'm confident that the second season will have the same emphasis, it's notable that you spend a lot of time in this first chapter on your own. This game is a lot less compelling when you're just engaging in simplistic QTEs.

All That Remains is not a perfect start, then, but it's only a first chapter, and stories are typically reviewed as a whole. The characters it introduces are all engaging and distinct, and seeds of future arcs and conflicts have been neatly sowed among them.

If the previous season is anything to go by, we've got every reason to expect great things from the next four chapters.

Walking Dead: Season 2 - Amid the Ruins