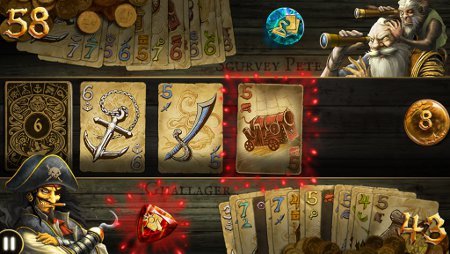 Stardock Mobile has turned pirate-themed game of cards Dead Man's Draw into a free-to-play title, just over two months after the dev released it on the App Store at £1.49 / $1.99.

Early adopters are being given a huge chunk of in-game currency to make up for this shift in tack. Stardock Mobile has also made some other tweaks to the gameplay in the most recent update.

At review, we said that "Dead Man's Draw is a superb card game with excellent production values and an intriguing level of depth."

If you fancy giving the game a go now that it's free, it's available on the App Store right now.

Out at midnight: Solve myriad puzzles in the dark and mysterious world of The Room 2 for iPad