So, why, pray tell, is there a game called "Oceanhorn" on Google Play? It's got the right name, the right icon, an accurate description, and screenshots of the real game, after all.

Hold it right there, buster. This is just one of many fake apps on Android from shysters trying to scam people looking to download the latest iOS games onto their devices.

To help you avoid downloading such junk onto your phone or tablet, we've jotted down a few telltale signs to look out for when you think a 'droid game might not be the real deal.

This is even more important on Android than iOS, remember. That's because it's much easier to sneak all sorts of nasty stuff onto Google Play (like viruses, spyware, and ad-filled junk) than onto the App Store. 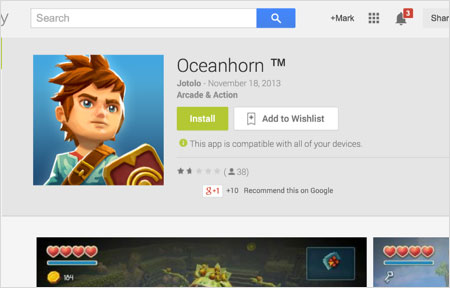 Oceanhorn is developed by Cornfox & Bros. and published by FDG Entertainment. The fact that "Jotolo" is listed as the developer of this Android app is a surefire sign that this is totally bogus.

You should cross-reference the developer name between the App Store and Google Play, or look on any Pocket Gamer post about the game in question for the correct developer details.

Do note that some scam artists have even managed to copy the names of the original developers, so don't use this as your only criterion for verifying a game's authenticity. 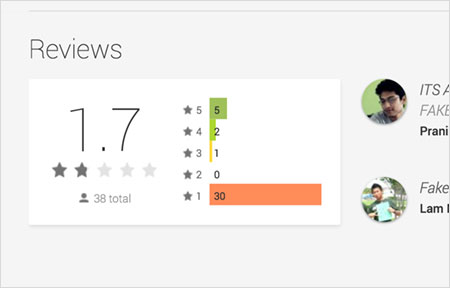 Chances are, you won't be the first person to stumble upon an app listing. And if you're staring at a fake or scam app, other players will probably try to warn you about this fact in the user reviews section.

Make sure you skim past the first page - these scam artists will often post fake five-star comments to 'drown out' the genuine customers. 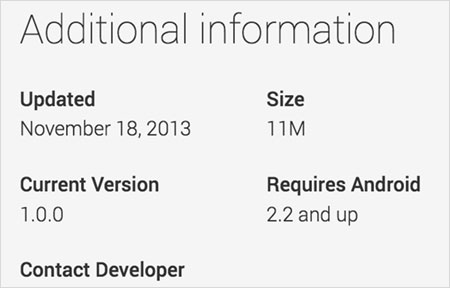 The iOS version of Oceanhorn is a respectable 170MB. Not bad, considering the sheer amount of content in the game.

The file size for "Oceanhorn" on Google Play - which is listed under additional information - is just 11MB. Enough to pack it full of viruses or adverts or spyware, but not enough to fool us into thinking that this is the real deal.

Look at the developer's other games 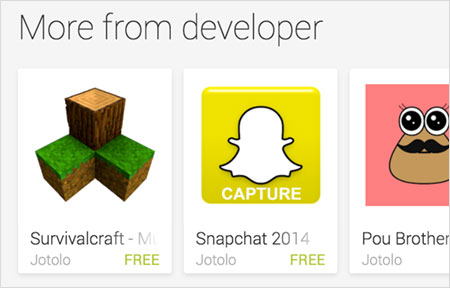 Oceanhorn publisher FDG has a bunch of games on Android, including Bloody Harry and Across Age. You'd think that these games would show up under the "More from developer" section on Google Play, wouldn't you?

Look at the developer's back catalogue. If it's filled with other games by the genuine developer, that firm is the real deal. If not, you're probably dealing with a scammer.