Hands-on with this week's new iPhone and iPad games

These are often just our very first impressions of play. If you want our in-depth judgement, we'll have full reviews for most of these games up on the site soon. Let us know in the comments section below what you want to see reviewed.

Check out the video below to see these games in action, or read on for words, screenshots, and links to the App Store. 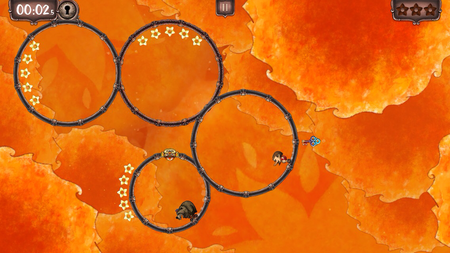 Clever puzzler Ring Run Circus stars a tiny acrobat named Nina who roller skates around in giant floating rings. If you hold the left side of the screen, Nina will run on the outside of circles. This also enables you to transfer between rings.

You can also jump, get speed boosts, and eventually unlock other characters. It's well presented, filled with content, and goes to show that there are still innovative ways to re-imagine the platformer for touchscreens.

If you fancy something fresh, check it out. 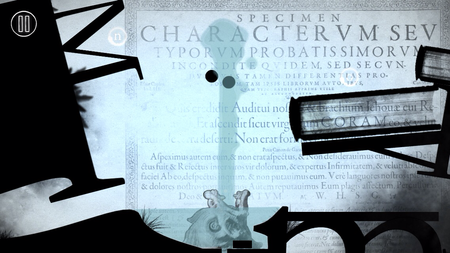 Type:Rider is a jolly jaunt through the history of the written word. Here, you are served up simple NightSky-style physics conundrums while you learn about Johannes Gutenberg and Cuneiform script.

And the written word isn't just an interesting backdrop. The game's obstacles and traps are linked to the current history lesson, so you'll meet a giant letterpress that aims to squish you and movable type tiles that fall like dominoes.

A fun game and surprisingly educational. 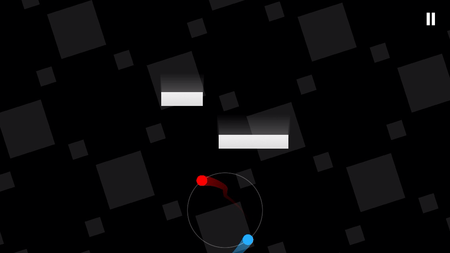 Like many, many game developers before it, Komubius marries abstract shapes, an electronica soundtrack, and hard-as-nails gameplay to construct its game. But while the aesthetic of Duet is familiar, the gameplay is all new.

You control two balls - one red and one blue - that are linked together by a giant ring. As they drift through the environment and encounter obstacles, you have to carefully rotate your duo to avoid immediate death.

It's an unnatural and sometimes counter-intuitive way to interact with a game, but that just makes it all the more satisfying when you figure it out and become one with the game. If you fancy a challenge, get this game. 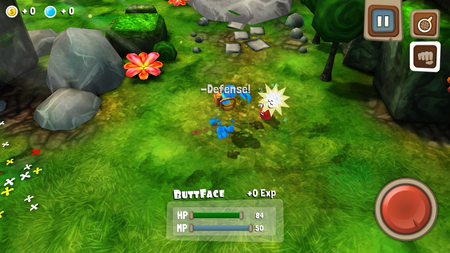 Why buy Pokemon X and Y this week when you could get this new monster-hunting RPG from Foursaken Media (of Block Fortress and NY Zombies 'fame')?

Monster Adventures boasts randomly generated roguelike levels, for one. Plus, you can customise your crew of hideous critters and let them loose on rival "Wildings".

Okay, so maybe it's because the graphics are embarrassingly bad, it's packed with in-app purchases, the fighting controls are terrible, and the writing is poor. Pokemon it is, then. 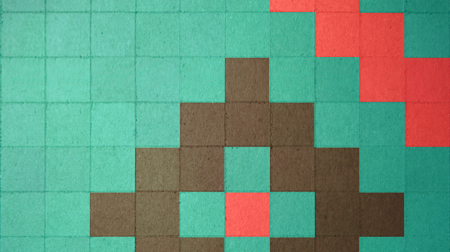 KAMI is the latest game from Lume creator State of Play. You're presented with a colourful pattern, and your goal is to systematically re-colour each section until the whole screen is just one colour.

It means making judicious use of taps, thinking several steps ahead, and formulating a clever plan. Fun, but we've played it before.

What makes it stand out, though, is the beautiful presentation. Everything is made from paper, new colours eat through the old like a crazy virus, and completed levels fold into a pleasing origami shape. Lovely stuff. 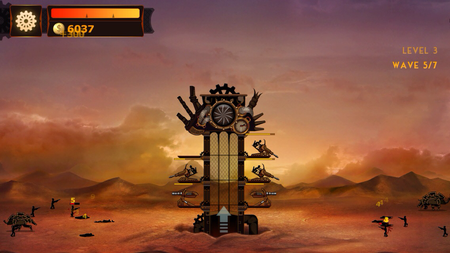 This isn't a boring corridor of death game. In this one, you see, you equip a central skyscraper with extra weapons, like in Lucky Frame's Bad Hotel. You'll then use your towering gun turret to destroy steampunk tanks and choppers.

It's all very touchy as you reconfigure your tower in real time to focus on different directions or make your guns upgrade or reload. Unlike a typical tower defence game, then, this never gets boring. But it is a little fiddly on iPhone.

It's good fun, but expect to find a lot of in-app purchases. It is, after all, published by Chillingo. 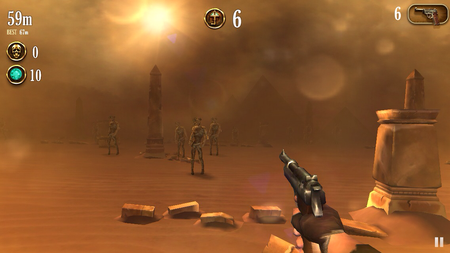 Escape from Doom is last year's Into the Dead - that claustrophobic first-person endless-runner - but with an Egyptian theme. So, you now dodge and shoot mummies instead of zombies. Oh, and your vision is impaired by a sandstorm rather than thick fog.

It's not quite as finely engineered as PikPok's game, and it just doesn't have the same super-immersive sense of physicality and horror. So, if you missed Into the Dead, go get that instead. 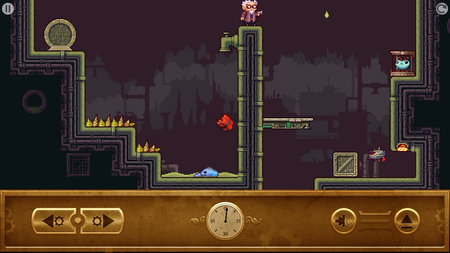 The latest Cavorite game is still a pixel-art platformer with tricky touchscreen controls and tricky puzzles on single-screen stages. In game #3, however, the dev adds the ability to fill or drain water; cavorite-washing gas; quicksand; and jetpacking selenites.

The Cavorite games are a little too fiddly and finicky to be an instant recommendation. But if you're happy to put up with some frustration (or enjoyed the first two games), you'll find a lot to like here. 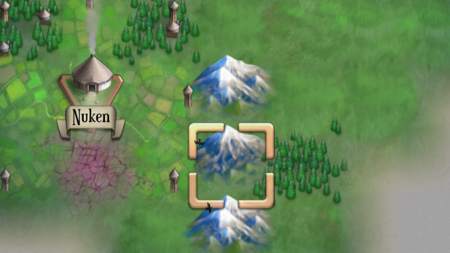 Empire, from 100 Rogues creator Keith Burgun, is like a patchwork quilt of different strategy games. It has Civilization-style city building, a lane-based battle system, a big deck of cards, and even some RPG elements for good measure.

The game is also easy to pick up (though deep enough to keep strategy veterans occupied) and should never get slow and stodgy. You're constantly being attacked, for example, and you'll have to give up your cities when the land is ruined.

If you're looking for the next big strategy game on mobile, this will do quite nicely. 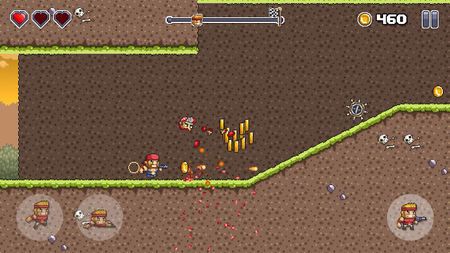 Ravenous Games (of League of Evil and Random Heroes fame) is back. And back with another pixel-art run-and-gun. This time around, however, Ravenous has taken inspiration from the likes of Kid Tripp and turned the whole thing into an auto-runner.

You're still leaping over pits, shooting zombies, and doing wall-jumps. You just don't have to worry about movement any more. And you're still suffering some pretty cheap and unfair deaths... until you upgrade your character and guns, of course.

A fun little twist on the Ravenous formula, then, but expect to endure some grinding here and there. 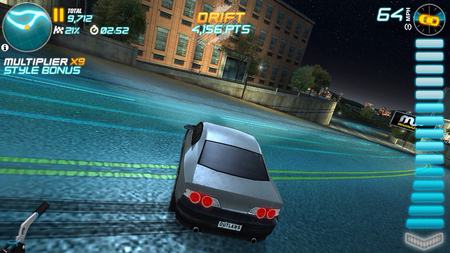 Drift Mania is all about drifting, funnily enough. The entire game centres on that thrilling feeling of snapping your boot out into the road and careening around a corner at rather dangerous speeds.

It sure is fun. Though when you're not drifting around a corner and you're just trying to drive through some simple corners, it feels less like driving a car and more like trying to steer a hockey puck.

It's filled with stuff to do, including a multiplayer mode and the option to upgrade your car with armfuls of performance boosts. If this looks up your alley, you'll probably like it.

[Update] Win big with Pocket Gamer by shooting, punching, and prodding your way to victory in Worms 3