The PS Vita's primed to receive a hefty dose of JRPG goodness in North America thanks to Xseed Games, who just announced that Valhalla Knights 3 will arrive on October 15.

Valhalla Knights 3 drops players into an unlikely location for a roleplaying adventure - a medieval prison called Carceron. Once inside the crumbling walls of the penitentiary, the player's party must search for a long-lost treasure while trying not to get shivved in their kidneys.

Ok, so it's not really that type of prison adventure - but there are a host of unsavory characters that you'll run up against, many of which you can even recruit into your party.

If this sounds good so far, it'll sound even better when you realise just how open Valhalla Knights 3 is to your playstyle.

Your main character and allied party members are fully customizable and can be chosen from any combination of the game's seven races and 20 job classes (five of which are available through DLC).

The fighting is done in action-heavy real-time battles which allow players to use up to seven characters from their party. 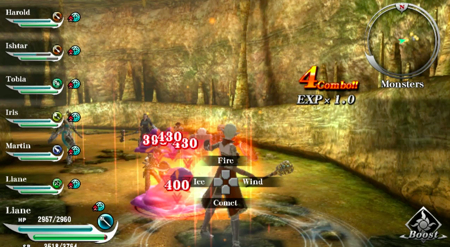 With over 200 quests to complete and 500 in-game items to collect, Valhalla Knights 3 has plenty of single-player content to offer, but Xseed's gone one better and added online connectivity on top of the game's original ad-hoc 2 player versus mode.

The US release costs $39.99 (~£25.00), and will be available as both a physical, retail copy and a digital download via the PlayStation Store.

We don't have word yet about a European release, but we'll keep you updated if this changes.