By Peter Willington
| Aug 5, 2013
3DS + iOS + Android ...
Every two weeks, I like to look back at the three big topics of conversation that got everyone talking over the past 14 days. And mention them here. This round-up represents the perfect opportunity for you to catch up on the latest happenings from around the world of Pocket Gamer. So, yeah, competitions you might have missed, big features we've launched. That sort of thing.

In this particular round-up, you share your thoughts on big new mobile games, get all frothy about Riptide GP 2, and a curious issue about a Rockstar game crops up.

Let's jump to it. 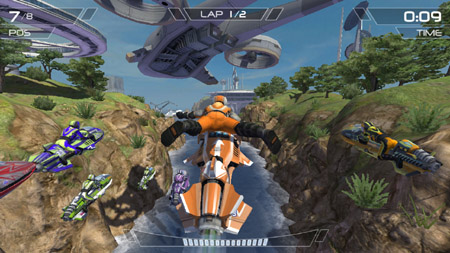 At the halfway point of the year, we decided to take stock. Yep, there have been some fantastic games already in 2013. Said it. But there are still so many more to look forward to. We listed a few here, in fact.

Of course, this gave you all an opportunity to share with us the games that have piqued your interest.

YamanKaytaz noted, "I'm most excited about The Room 2! Oceanhorn: Monster of the Uncharted Seas, Framed, and FIFA 14 come next on the list."

Our round-up definitely jogged Lonely Tylenol's brain: "Isn't there a Phantasy Star game in the works to be released this year? And a Galaxy on Fire MMO?" he asked.

I think you're referring to Phantasy Star Online 2 and Galaxy on Fire: Alliances there, LT. And as far as we know, yes, there is.

PG community superhero Curtisrshideler took the opportunity to get all misty-eyed: "I wish Superbrothers: Sword & Sworcery EP would get a follow-up. Maybe even a new perspective or turn-based battles." We do, too, Curtis. We, too.

2. The Grand Theft Auto games went on sale. An issue with an old release was quickly raised:

Rockstar put its iOS games out on sale a bit, and a lot of you no doubt picked up a bargain. But the most interesting comments made about this article pertained to Chinatown Wars. More precisely, the fact that it is a little broken. The notification bar on some models of Apple devices apparently obscures the view of Chinatown Wars action, and there's still no Game Center support.

RockinIt had clearly done his homework on this issue: "I did contact Rockstar about an update, and they got back to me saying that an update wasn't planned, but if enough people actually asked for it then we might get a Retina display update with all the other necessary fixes."

Puilamcupcake, meanwhile, really wants "to buy these games but the lack of Game Center support is almost a deal breaker for me".

What do you think? Should Rockstar go back and update Chinatown Wars? Let us know here.

It's quite the rarity (at the moment) for a big-name release to debut on Android first, but that's exactly what happened with Riptide GP 2. Seems it was a cause for celebration in some parts...

TheHTAG opened with "the iOS version will follow 'shortly after'. Don't see this sentence too often." Royal Gamer noted that it was "really weird Android will get it first" and that he / she was "happy to be an Android user."

RazJUK was also pleased. He simply stated, "that's good. It will be nice to have a game with Google Play + content / multiplayer." 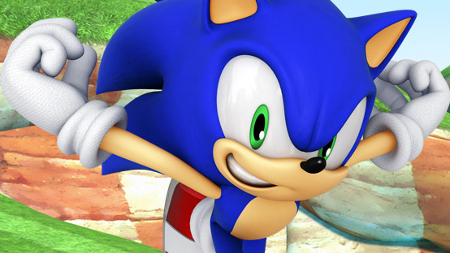 Oh my goodness! Soooooo much stuff to tell you about.

First thing you need to do is take a look at our Sonic Dash Gamer X competition. Then, enter it. There's a prize available just for entering, you see, so get cracking.

After that, go and take a peek at our brand-new official guides to Doodle Jump and Badland. They're packed with handy tips and tricks, plus all sorts of bonus trivia.

Ever been curious about our free digital magazine swipe but never quite had the courage to take the plunge? Not to worry: here's a cool new video we made all about it.

As you're probably aware, we launch our Game Of The Week poll every Friday morning. After some feedback from you lot, we decided to tweak it. Only a little, mind. We're now calling it "The PG Readers' iOS and Android Game of the Week". Because it is, after all, your votes that count here.

Last but not least, you can win a very swanky new tablet device. Take a look at our competition when you get a spare couple of minutes. Then, enter it. Pattern emerging here.

I'll be back with another community round-up in a fortnight. Can you hang on that long? Thought not.

Oh, and make sure you've +1'd us on Google+, and are Following us on Pinterest. That way, you can keep up to date with all the latest news, competitions, and features from the Pocket Gamer team.

It's almost official: Infinity Blade III is in development