Take to the skies

Fire up Sid Meier's Ace Patrol after downloading this update and you'll be able to jump into the cockpit of several bombers and reconnaissance planes, for example.

In other missions, you'll be tasked with taking down squadrons of fighters on your lonesome, and destroying heavily guarded key targets. 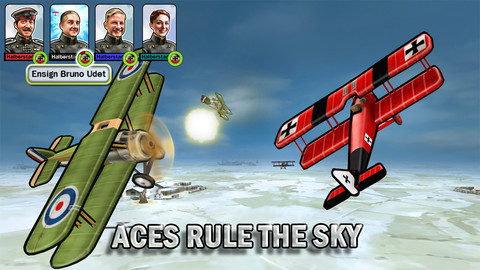 Our Harry called it a "brilliantly balanced, perfectly playable game of strategy and swooping turns that will have you enthralled", and noted that it's a "must-play" title.

You can download Sid Meier's Ace Patrol from the App Store right this second for free.

Halfbrick adds a new 'Pro' scoring system and some magic hats to Fish Out of Water!