So after much anticipation, the Ouya console/unconsole (take your pick) is finally released.

The Android-based hardware runs on an Nvidia Tegra 3 chipset and plugs directly into your TV using an HDMI connection.

Connect it up via wi-fi (or an ethernet cable), sync up the distinctive Bluetooth controller, and you're off into a new type of gaming.

Ouya offers the openness of mobile games - both in terms of development and distribution - with the big screen and physical control methods of the console business.

That's why I call it an unconsole, rather than a micro-console. Its size doesn't matter. In fact, the hardware doesn't really matter. What's matters are the games, and that brings us to this first impressions piece.

Typically, when a new console or piece of hardware is released, everyone charges into review mode.

In the case of Ouya, however, we're being more circumspect, because reviewing something like Ouya isn't about reviewing just the hardware, nor is it reviewing the launch games. It's a mixture of both elements, combined with the wider user experience.

So in these days of games-as-service, we're going to spend some time with Ouya before providing our definite conclusion.

In the meantime, here's a longer-than-usual impressions piece.

Out of the box, the first thing to notice about Ouya is the excellent job the company has done in terms of packaging and physical presentation.

This is also reflected in the hardware units. They're metal finished so feel cool to the touch, and both console and controller are heavier than you'd expect. 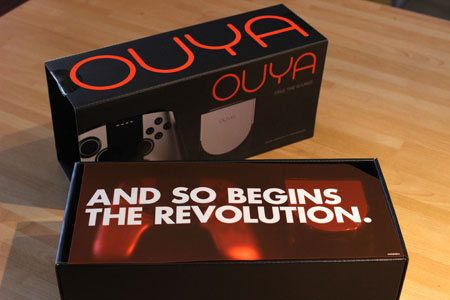 This is reflected in their production quality too. There's clearly been great attention to detail, from the battery compartments in each arm of the controller to the glowing power button on the console's top.

If nothing else, your $99/£99 will have been well-spent in physical terms.

Set up was simple (at least for me).

You plug in the power and connect HDMI cable from the console to your TV and switch on. Ouya boots straight up. You then sync the controller over Bluetooth and go through the registration process. 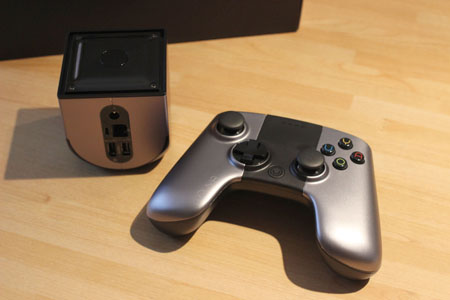 This involves connecting to wi-fi, downloading any required OS updates, going through a standard email, user name, password process, and then entering credit card details. (Yes, they expect you to buy games!)

Then you're into the main menu screen.

Two of the available options - Manage and Make - aren't very interesting. Manage is account management and Develop is for developers who want to make or port games to Ouya.

For most consumers, the main options will be Discover - basically the Ouya app store - and Play - the place to find the games you've downloaded.

Ouya says 200 games are available, although it does its best to hide this when you load up the Discover screen.

Games are displayed in horizontal scrolling section, each of which is curated in a different manner. One section is Featured titles, another is Exclusive Ouya titles, while others are chosen by individual developers or media outlets such as Penny Arcade. There is a more general genre-based selection at the bottom too.

Downloading games is simple. You just click on a game - you can check out some limited information about it - and then add it to your download queue. Once it's downloaded, you can find it in the Play area. 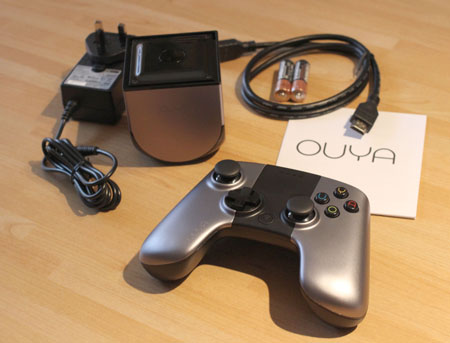 Significantly, all games on Ouya is either free-to-play or come with a certain amount of free content which you can play before getting a buy prompt.

Obviously, getting you to enter your credit card details from the get-go is to encourage purchasing, although you can also redeem codes.

In terms of the software category, the most high profile titles are games that have already been released on Android and that have been ported over to Ouya. These include the likes of Shadowgun, The Bard's Tale, You Don't Know Jack, Super Crate Box etc.

It's not that kind of console, at least, not yet.

But if you're someone who's interested in where the games industry is heading, and happy to drop a relatively small amount of cash on an early adopter device that does something nothing else currently does, looks and feel pretty neat, and has a small - if growing - section of indie games, Ouya is well-worth checking out.

You can get a deep look at the user interface and some of the games in our first impressions video, and below that we have a quick interview with Ouya's CEO Julia Uhrman prior to its launch. 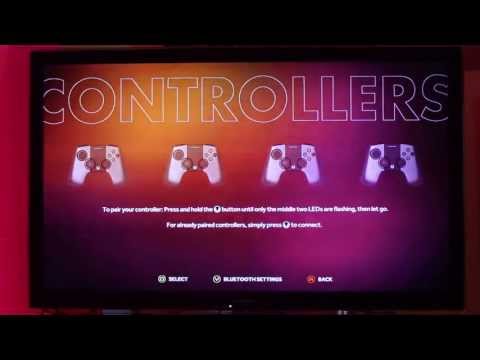 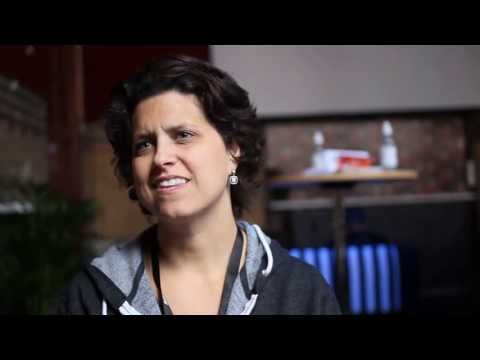