Contra is back! Fight aliens in the jungles of South America in Contra: Evolution for iOS

Listen up, Western Contra fans. Oh, and save your hugs until after I've told you the good news.

Yep, CocoaChina and Konami have only gone and released the previously China-only retro platformer Contra: Evolution on App Stores worldwide.

In Contra: Evolution, CocoaChina has squeezed all of the classic run-and-gun Contra gameplay you know and love into a pocket-sized edition.

So, yeah, you'll now be able to murder countless bad guys and hone your platforming skills when you're on the go. 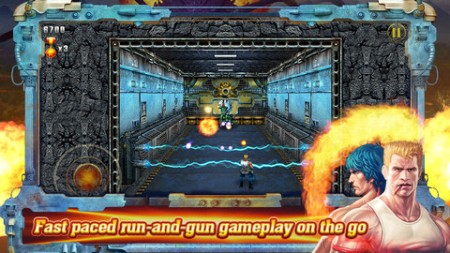 Contra: Evolution will take you on an adventure through the jungles of South America, where you'll be tasked with foiling an alien conspiracy and saving the world. That's actually just an average day at the office for me. Honest.

Everything that made the classic Contra game such a hit is present in this new touchscreen edition. You can still expect challenging level design and 8-bit inspired graphics, then.

You'll also be able to tackle your world-saving mission using four unique playable characters, each with its own strengths and weaknesses.

Monochromatic puzzle-platformer Limbo leaping onto iPhone and iPad next week

Sponsored Feature - CocoaChina on resurrecting a legend with Contra: Evolution on iOS