Somehow - though most likely by using some advanced alien technology looted from Area 51 - the developers of XCOM: Enemy Unknown have managed to squeeze an 8-month-old, 20GB-big PC epic onto a telephone that's about three atoms thick.

So, how closely in terms of visuals does this mobile port actually resemble last year's PC and console game?

To find out, we put the iOS edition of XCOM: Enemy Unknown (running on an iPad 3) right next to the PlayStation 3 version and tried to discern where the graphics have been changed and tweaked to better suit a mobile device.

So, there you have it. And, yes, the graphics have been scaled back considerably for this iOS version.

Textures are drawn at a lower resolution, characters don't move their mouths when they talk, there are fewer dynamic camera angles, and some flat lighting can spoil the game's atmospheric feel.

As we said in our review, though, "this mostly affects the rare up-close-and-personal shots and in XCOM's natural habitat - a towering, isometric view of a graveyard or downed UFO or truck depot - it's an outstandingly detailed and intricate game". 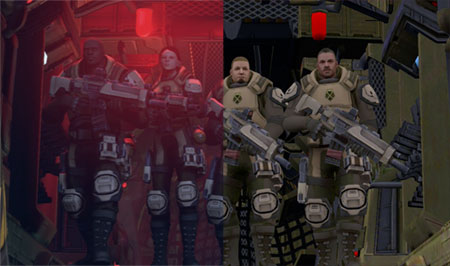 The troops exit the skyranger. No fancy coloured lighting on the iOS version (right). 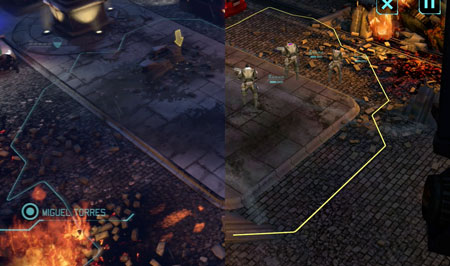 The differences are much less obvious when the battle actually begins.

The backdrops of the PS3 edition (left) are slightly more dynamic, with flickering street lamps and the like. 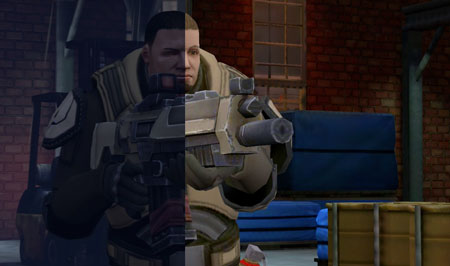 These up-close shots, which show the less detailed textures and flat lighting of the iPad version (right), are only used by the game designers in the odd story mission. 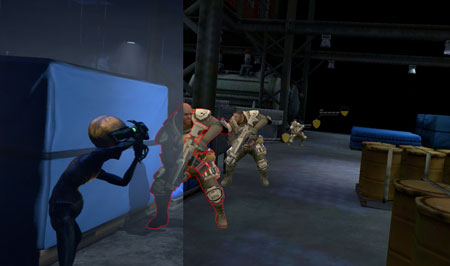 The details are always the same, but the PS3 version (left) benefits from some advanced lighting and effects. The PS3 version has a more eerie atmosphere. 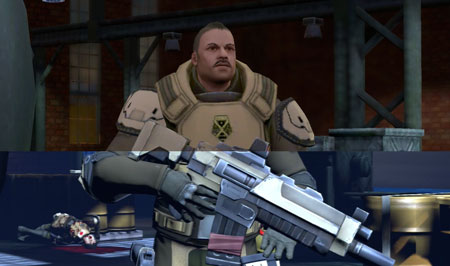