Solstice Arena, for those of you who missed our previous coverage of the game, is a fast-paced action title in which you compete with and against other players from around the world in real-time 3-vs-3 battles.

In Zynga's latest assault on the App Store, you choose a hero from one of five unique disciplines (Sun, Moon, Earth, Iron, and Void), and upgrade and customise him however you see fit. 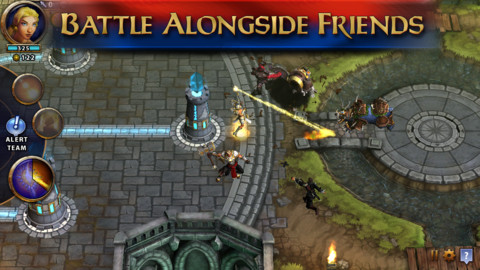 You begin each battle in Solstice Arena on a coloured platform (red or blue, depending on your team). Your aim is to destroy your opponent's oracle (a tower-like structure).

You move your character around the battlefield by tapping on a destination or by holding down your finger on the location to which you'd like him to travel.

Similarly, tap on an enemy and your character of choice will automatically begin to carve chunks out of him. You can also utilise abilities (each character has three) by tapping the icons on the side of your screen.

If you return to the platform you began a battle on during combat, you can instantly heal your wounds. You can also use the gold you've collected from chests and from slaying other players to purchase new gear. 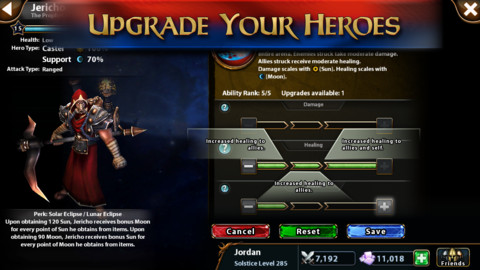 If you have an account on Apple's New Zealand or Canadian App Store, you can download Solstice Arena now.

If you don't and you really fancy a crack at this game right now, go and create a New Zealand or Canadian App Store account forthwith. Here's how.

How to dominate in Solstice Arena - hints, tips, and tricks

Into the battle arena