Everything you need to know about Nintendo's new 'handheld'

Since before it even launched, Nintendo's Wii U has been the recipient of an almighty amount of criticism - some of it fair, some of it utterly misguided. But we're not here to talk about the quality of the games, or its technical specs, or the relative merits of its approach to online gaming.

As the champions of handheld gaming, it's our sworn duty at Pocket Gamer to highlight all things portable. In that sense the Wii U more than justifies our attention thanks to the excellent, and strangely uncelebrated Off-TV Play feature.

If you're not aware, Off-TV Play effectively turns the Wii U's tablet-style Game Pad into a portable gaming system - albeit one restricted to a maximum range of between 20 and 60 feet from the console itself.

In a busy household filled with TV-hogging types, Off-TV Play is an absolute godsend, and on the games that support it, the feature works incredibly well.

So which games actually use the feature, how do you turn it on, and what's the performance like? We investigated...

Given how little anyone talks about it, you might be surprised to learn that most Wii U games of note support Off-TV Play. Here's a handy list of the ones we know about:

Of the games released for the system so far, the only truly must-have games that don't support Off-TV Play have a pretty good excuse - they're designed from the ground up for dual-screen play. This, of course, applies to Nintendo Land, Zombie U, and Lego City Undercover.

Of the ones that don't have that excuse, you're not missing a great deal anyway, so take a bow, Disney Epic Mickey 2, Your Shape Fitness, Game Party Champions, Funky Barn, and a few others not even worth mentioning. You won't be missed. 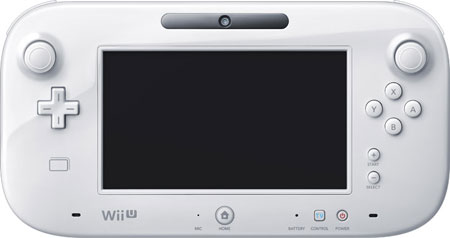 How does Off-TV Play work?

Somewhat annoyingly, it appears to vary from game to game. Some titles (like Assassin's Creed 3, Darksiders 2, and Batman Arkham City) put it as a simple on/off setting in the game menu.

Others take a more eccentric approach, such as Sonic And All Stars Racing Transformed, which requires the player to drag the image down on the touchscreen once you start the race. On Mass Effect 3, meanwhile, you have to hold down the minus button - because that's obviously the first place you'd look, right?

Once you've activated Off-TV Play, all the action switches to the Wii U Game Pad screen, and you simply carry on from where you left off. All touchscreen controls, and any map and HUD elements are automatically switched off, and you effectively play it exactly as you would on a PS3 or 360.

Generally speaking, it's remarkably good. Almost all the games we tested ran without a hint of lag, and the screen does a great job of conveying the big-screen action on a handheld device.

At first, you might feel like you're being compromised by sacrificing the big-screen grandeur for a more humble 6-inch portable, but you adapt in no time - especially with a decent set of headphones attached to make up for the Wii U Game Pad's horribly tinny speakers.

Assassin's Creed 3, for example, played brilliantly, with no loss of performance, and it was the same story for Black Ops 2, Mass Effect 3, Sonic And All Stars Racing Transformed, and Batman Arkham City. Darksiders II, though, suffers from discernible screen tear on the Wii U Game Pad. It's initially a little distracting, though not enough to compromise the gameplay.

Developers generally remember to make sure fonts are legible, and to all intents, you're still getting the full fat blockbuster gaming experience. The pad itself moulds well to your hands, and feels great to use for extended periods, and is far better ergonomically designed for sofa-based play than a 'proper' handhelds or smart devices.

The downside, of course, is range. Generally speaking, Nintendo recommends around 24 to 27 feet, though tests in the 'wild' have managed up to 60, so your results will vary depending on the dimensions and layout of your abode. Usually, it'll work fine in the next room, just don't get too ambitious.

In terms of battery life, a fully charged Wii U Game Pad lasts around three hours, so have the charging dock handy, or just keep it plugged in while you're playing.

Yes, it would be cool for the Game Pad to also operate as a Wii U outside the home, but remember that the controller is just a screen, and it's the Wii U console that's doing all the processing power.

So think of it as a streaming tablet controller designed to meet the lowest possible price point. For it to work as a standalone console, you would be paying more than double for that privilege.

I mean - how much was your iPad, again?

So what's the point again?

Sure, not everyone will see the benefit of taking their big-screen games to the small screen. Some gamers are lucky enough to have their own big-screen TV that never has to be shared. But this isn't for them. This is about giving gamers more choice. It's like a lot of things - you don't realise how handy it is until you've got used to having the option.

So far, a lot of the Wii U games that support Off-TV Play are games that a lot of people already bought, so people are hardly likely to want to shell out again simply for this feature.

If you missed certain titles (like Need For Speed Most Wanted U, for example), Off-TV Play adds a sweetener. Other times, you might be checking out the bargains, or highly rated games you missed.

For new and upcoming titles, it's a bit of a no-brainer. Most eShop and all Virtual Console games come with Off-TV Play as standard, while games like Pikmin 3, and Resident Evil Revelations all have confirmed Off-TV Play. You can also bet that Assassin's Creed IV, Splinter Cell Blacklist and most new releases will include the feature as well.

It all starts to make the Wii U look like a more interesting system than certain quarters are suggesting. Unlike Sony's laggy Remote Play feature, it really does Just Work, and gives gamers a level of convenient portable play that people should be shouting about.

Catch him if you can: Third Eye Crime mixes line drawing with a telepathic art thief

The most crazy, intriguing game on our radar - Snow Siege

Nintendo ceases production of the Wii U this week

Opinion: Why Nintendo could win the touch generation