Pick up where your friends left off with Combo Crew, a beat-'em up With Friends for iOS and Android

If you're eager to tell your friends from your true friends, The Game Baker's upcoming cross-platform brawler Combo Crew will be the game you'll want to play.

Outside of the obvious fun and polished graphics, the real draw to Combo Crew is that it's the first mobile beat-'em up to feature cross-platform, asynchronous gameplay.

To accomplish this feat, Combo Crew uses your Facebook social graph so your friends can pick up the action when you're beaten down and out. 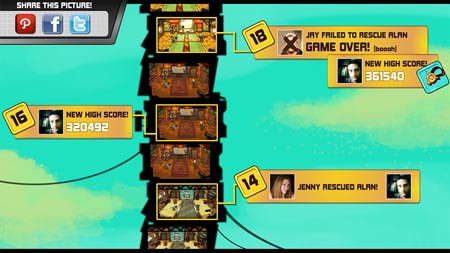 Whether they're on iOS or Android, tablet or smartphone, your friends will be able to revive your crew and continue the fight.

As for the gameplay, the moves are gesture-controlled with the important thing being how you equip your character with four special moves that are triggered by dual finger swipes up, down, left or right.

Of course, you'll have many moves than four to choose from, but the restriction of only selecting four for each session will provide both customisation and tactical choices.

Combo Crew should arrive on the App Store and Google Play this spring.

You can see the first gameplay trailer below, and we also spoke to creative director Emeric Thoa about the game during Mobile World Congress.