Knitted Deer gives you a chance to slip into some warm, fuzzy gameplay

Have you ever dreamed of playing a sweater?

Not playing a game while in a sweater, mind, as we figure most have done that at some point this winter, but actually sitting down to play a sweater?

If you have, then Knitted Deer is the very game that you've been waiting for.

Alpha footage for the quirky, retro-pixel game popped up in the Touch Arcade forums, and it looks to feature gameplay that's every bit as engaging as its art style.

Knitted Deer is an endless dasher of sorts that splits its gameplay between three worlds: earth, heaven, and hell. You start out on earth, fittingly enough, and the other levels are unlocked based on the decisions that you make in-game.

As players run about the endless sweater world, they'll be able to collect coins to use on weapon upgrades, passive abilities, and consumable power-ups.

Yes, you read that right: in Knitted Deer, the deer will be able to upgrade its weapons (antlers, presumably).

We don't know when to expect Knitted Deer on the App Store, but based on the alpha gameplay video below it doesn't look like we'll have to wait until December to enjoy it. 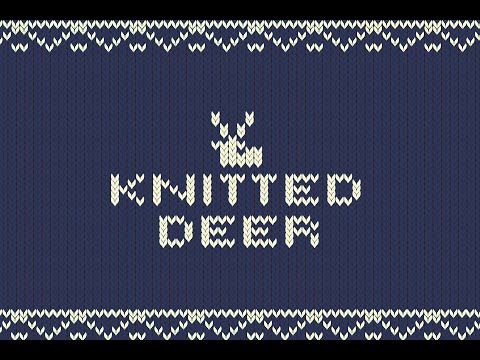 It's better with a sweater: endless runner Knitted Deer comes to iOS