Windows 8 tablets - everything you need to know

It's a big week for Microsoft. On October 26th, the veteran software company will release its most radical refresh to Windows yet, launch a slate-friendly operating system, and start selling its own flagship tablet.

In the run-up to the launch of its next-generation OS, Microsoft has been criticised for failing to explain exactly how the Windows 8 empire is going to work.

What's the difference between Windows 8 and Windows RT? How many RT tablets are there? What does 'RT' even stand for?

While we can't answer that last question (I don't think even Steve Ballmer knows), we can tell you what you'll need to know if you've got your eye on a Windows tablet. Read on…

What is the difference between Windows 8 and Windows RT?

If you're interested in purchasing a Windows 8 tablet, then figuring out the difference between these two operating systems is the most important thing to wrap your head around.

Windows 8 tablets are full-fledged computers, which are powered by the same Intel and AMD chips that you'd find in a typical Windows laptop. They often come with a stylus, and they're the most expensive Windows 8 tablet option.

Crucially, the Windows 8 tablets can run any program you can throw at it. That includes apps from the dedicated Windows Store, games from Steam, and legacy programs like Adobe Photoshop.

Windows RT tablets - which are powered by ARM processors and are cheaper than their Windows 8 counterparts - only run apps that are available in the Windows Store.

These Windows RT tabs contain some pre-installed desktop software like Notepad and a stripped-down version of Office, but you can't install programs or games from outside the Windows Store on these slates.

In a nutshell, a Windows 8 tablet is essentially a Windows 8 laptop with the keyboard torn off, while a Windows RT tablet is more like an iPad or Android tablet.

What games can these tablets play?

A Windows 8 tablet can run any game that it's powerful enough to handle, whether that's a game from the Windows Store, a game from Steam, or an indie hit like Minecraft.

Like we said above, a Windows RT tablet can only run games that are available on the Windows Store or the pre-installed Windows 8 Xbox Games app.

The number of games that will be available from the Windows Store is entirely dependent on the number of developers who choose to support it. We'll be talking about and reviewing these Windows Store games at Pocket Gamer, so stay tuned in.

What tablets do I have to choose from?

At Pocket Gamer, we'll naturally be focusing our efforts on RT tablets. These are the only RT-powered devices on the horizon... 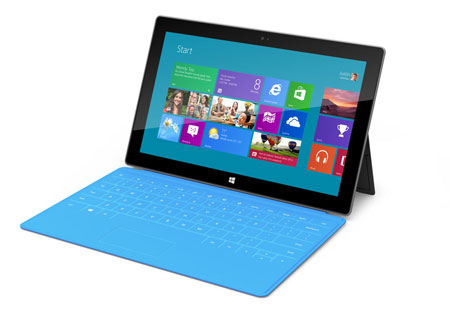 Some models come with a Touch Cover, which is a bit like Apple's magnetic Smart Cover but with a built-in keyboard. The Surface also has a kickstand, and ports for microSD, USB 2.0, and microHD video. There will be no 3G or 4G option (certainly at launch). 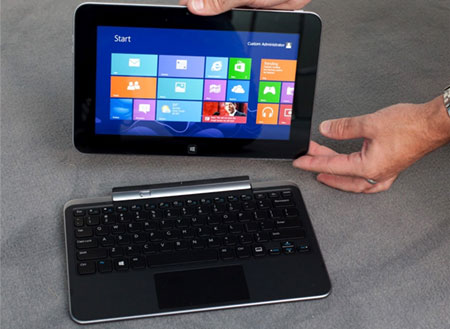 Dell's Windows RT device has a 10.1-inch screen and a detachable physical keyboard. The keyboard has its own battery, which will apparently boost this device's battery life to a whopping 20 hours.

It's powered by Qualcomm's Snapdragon S4 processor, and has microSD storage expansion and a micro-USB port. There's no word on date or price yet. 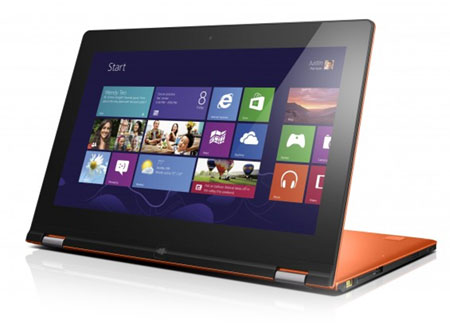 The keyboard is permanently attached to the display, but it can be bent back on itself to hide behind the screen. This flexible feature earns it the name "Yoga". No price or date yet. 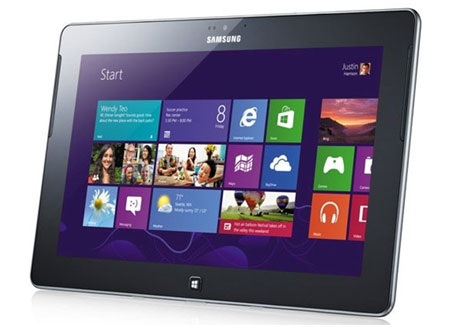 It contains USB and micro-HDMI ports, and a microSD card slot. It's wi-fi only, mind. Amazon has it listed for £549.99 for the 32GB version, and reckons it's out on October 26th. 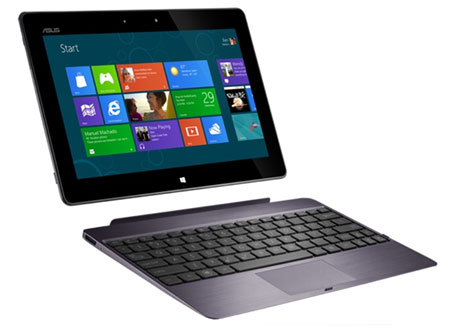 Asus's Windows RT device has a 10.1-inch screen with a resolution of 1,366x768, a Tegra 3 quad-core processor, an 8-megapixel rear camera, and a 2-megapixel front camera. It will have 4G connectivity, at least in the US.

No word on price or release date yet.

When is Windows 8 and Windows RT out?

Microsoft will launch the Windows 8 operating system on October 26th, and the first Windows RT-powered tablet - Microsoft's own Surface - will hit shop shelves on the same day. The exact release dates for other tablets will be made clear soon.

The Microsoft Surface Pro - the Windows 8 version of its Surface tablet - will be out early next year.

Opinion: Amazon's customer abuse reminds us of the perils of DRM

GDC 2013: Start It Up - Microsoft shows off suite of new Windows 8 games in San Francisco

Rumour: None of the existing Windows Phone devices will get Apollo OS update