We're big fans of The Incident - a charming and imaginative action game with fantastic pixel-art graphics - here at Pocket Gamer.

So, you can imagine our excitement when The Incident developer Big Bucket Software (a.k.a. Matt Comi and Neven Mrgan) officially lifted the veil on its next iOS game - Space Age.

There's not too much to go on, other than a handful of screenshots - presented in "Pixelvision" - that have already got us salivating for more.

But, the developer did offer a sneak preview of the game at indie arts festival XOXO, where one lucky player - John Bancroft - described it as "a point/click stealth adventure". Which sounds intriguing.

We'll keep you updated on the game's progress, but for now feast your eyes on the screengrabs below. 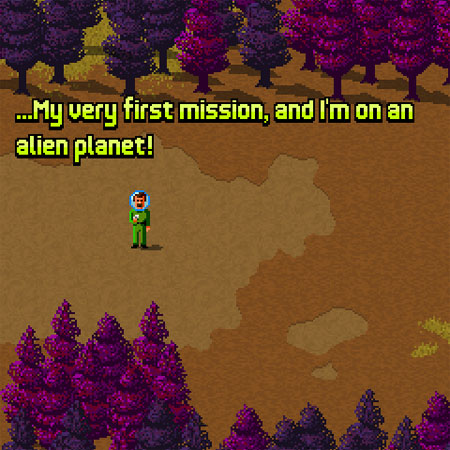 "In a strange forest of purple trees." 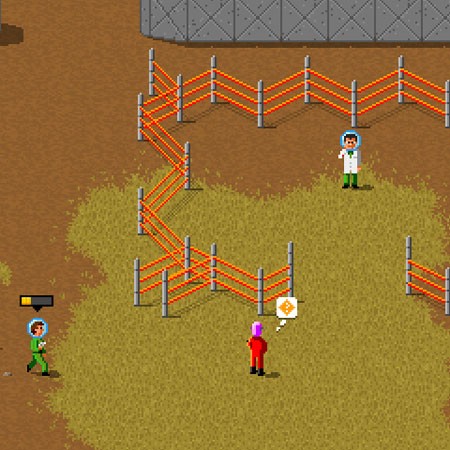 "Something to whet your appetite." 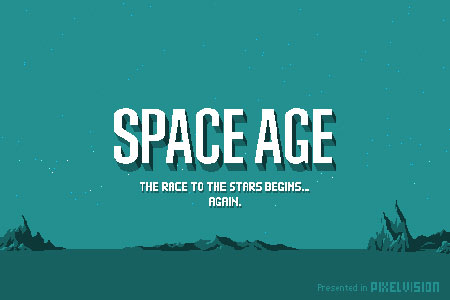