PlayStation Mobile is now live. This is Sony's bold step into the world of indie games, where it will be hosting a curated selection of games in its own Android app shop.

Read our first impressions below. We'll go hands-on with even more of the launch games soon. 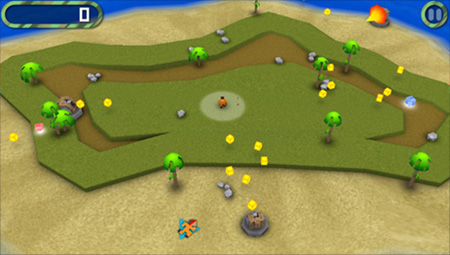 Here's a clever idea. In Rebel, you play as an escaped prisoner of war, who's trapped on an island and is surrounded by idiot guards. To stay alive, you've got to trick the enemy turrets, tanks, and choppers into blowing up their own kind.

That means hanging around in front of bad guy jeeps, and jumping out of the way before the bullets hit you. Or circling around a fleet of tanks so they're between you and a turret. Or making a death-defying run through a sea of bullets.

It's a clever twist on the bullet-hell formula, and it's presented as an endless-runner. It's got a great art style: all blocky and cubist. Even the bullets are giant yellow boxes that meander through the air.

You'll collect gems, and can spend them on new power-ups and game modes. It's a smart idea, but it's not as addictive as most endless score-gasm games. Points for creativity, then, but lacking in longevity. 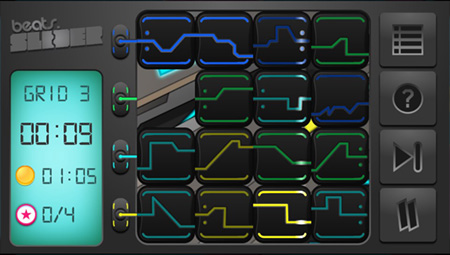 Look beneath the hip music and Beats branding, and this PlayStation Mobile launch title is actually just a sliding block puzzle. You know, a boring Professor Layton puzzle, or the plastic toy you get in Christmas crackers.

Sure, the game makes music as you play. Each tile corresponds to a note, so the soundtrack morphs from a discordant noise into a melodic beat as you shuffle the pieces into the correct place.

But, no swish presentation can make you forget that you're playing sliding block puzzles. Which, if you ask me, are about as much fun as trapping your fingers in a car door. Thanks, but no thanks. 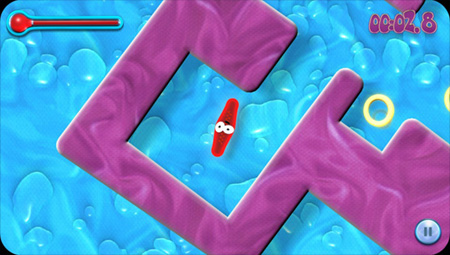 It's no secret that Twist Pilot has been influenced by cult Game Boy Advance classic Kuru Kuru Kururin. So, you pilot an eternally rotating stick, and have to carefully time your movements so you rotate your oddly shaped craft in step with corners, curves, and tight gaps.

But, it doesn't quite have the smart level design of the Nintendo-published game. Where Kururin is about making white-knuckle passes through slim corridors, Twist Pilot is predominately made up of sections that are so wide you can pass through in any rotation.

And where the GBA game is ruthlessly difficult, the PlayStation Mobile release is so lenient with mistakes that it's boring. And the controls are a bit naff, too - you have to make awkward swipes to move, for one thing. Oh, and the game doesn't even support devices with D-pads. Give this one a miss. 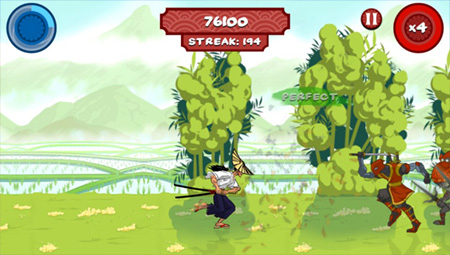 Samurai Beatdown is part-auto-runner, part-rhythm-action game. So, as you dash through levels, foes attack you in time to the beat. In turn, you'll fend them off by slapping the left or right sides of the screen.

The core idea works well enough, but here's where it falls apart: it's way too easy, it's very repetitive, the enemies don't always sync up to the song, the soundtrack is weak, and levels are overly long.

There's just no nuance to the whole thing. All enemies take one tap to fell, and other than popping into a score multiplier mode when you rack up a hefty streak, there's literally nothing more to it than tapping the screen for four minutes straight. 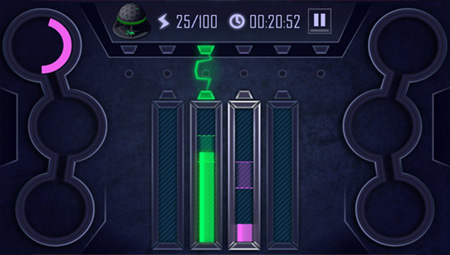 Like Beats Slider, Fuel Tiracs takes a simple idea - this time, Whac-A-Mole - and puts a fresh spin on it. Thankfully, it works out a lot better for developer FuturLab here.

So, in each level you're given these meters. You tap each one, then play a simple screen-tapping mini-game to fill up the gauge. The catch is that the meters are constantly depleting, so there's this manic juggling act where you try and keep all three (or so) topped up simultaneously to win.

It's pretty basic, but it's an original idea and suits the touchscreen well. The short minute-long levels are great for bus rides, too. Worth a look, I'd say. 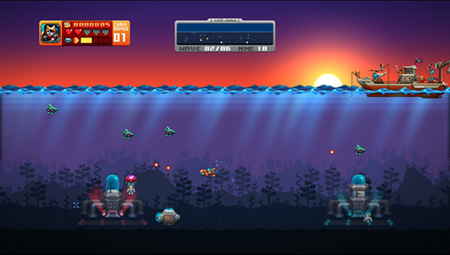 I've fallen a little bit in love with Aqua Kitty. I knew I would - I'm an absolute sucker for pixel-art visuals and games that hark back to the 16-bit era of consoles. But, there's more to it than that.

In each level, you've got to protect your cats by zipping about in a submarine and gunning down foes. On Vita, you flip left and right with the shoulder buttons as you dart back and forth to protect all your cats.

It's twitchy, tough, and ever so engaging. And it's a bit bullet-hell shooter-ish, too, as you weave through enemy ordnance. There are loads of unique enemy types to worry about, crazy power-ups to activate, a whole upgrade system, and a bunch of levels.

It is easily one of the best games among the launch line-up, and it's bursting with personality to boot. It doesn't work well on a touchscreen-only device, mind, and it's a little choppy on Xperia Play, but if you've got a Vita, you need this game. No arguing - go buy it. 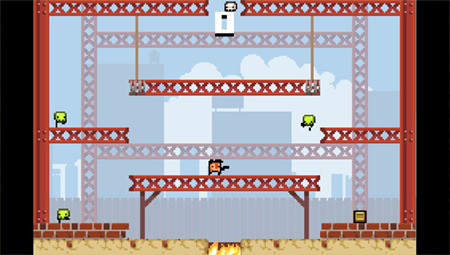 Oh, what a joy to finally play Super Crate Box with real buttons. Don't get me wrong: Vlambeer's addictive little gem is perfectly playable on iOS, but there's just no substitute for a physical D-pad and clicky buttons. On Vita and Xperia Play, Super Crate Box sings.

If you've never played it, it's a retro one-screen score grab in which you have to collect crates while killing enemies. Only, every time you nab a crate you're randomly handed a new weapon.

You might be riding high with a chain gun, but you can't get any more points until you crack the next crate. And it might have something rubbish like dual pistols or, *shudder*, the disc gun.

Super Crate Box is a certified indie classic, and it's right at home on Vita and Xperia Play. The port's not perfect - there are big black borders, for example - but it's still an essential purchase. The bizarre new pause music is worth the asking price alone. 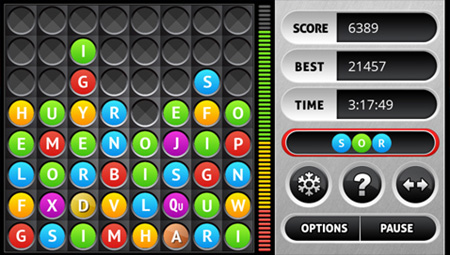 The one big problem Underline faces is that word games are a dime a dozen on mobile. In this one, you scurry to spell words before more letter tiles drop onto the screen and drown you - but, I feel like we've played this many times before.

There are some clever ideas, however. To encourage you to make longer words (rather than a bunch of easy three-letter ones), you're given shiny bronze and silver tiles when you make big words. These explode when used, taking out nearby tiles.

And lots of modes. There's a Classic mode, a Time Attack mode, a Two-Minute Word Search mode, and pass-the-handset multiplayer. Oh, but it's a little hard to see what word you're actually making at times.

So, if you want a new word game, this is acceptable. But, no one's really hurting for fantastic anagram puzzles on Android, are they? 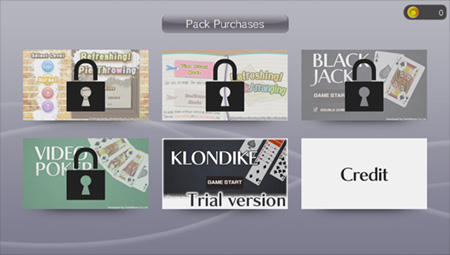 The freemium business model is alive and well on PlayStation Mobile in the shape of Everybody's Arcade. So, while the base app is available for nothing, you'll need to shell out for the individual games inside - at £2.39 a pop.

The only thing available for free is a zippy, speed freak version of Klondike - but, that's only a demo, and it can only be played five times (for ten minutes a go). After you reach that limit, the entire game is locked away until you pay up. Yowch.

For the second part of our PlayStation Mobile launch games impressions, click here.