There's no denying that The Last Express is an intriguing proposition. A nearly forgotten point-and-click adventure from the mind of Prince of Persia creator Jordan Mechner, the game was dogged by bad luck on its initial release 15 years ago, dooming it to commercial failure.

What we have then is a retro game that, for most people at least, isn't going to elicit nostalgic sighs. This is a classic laid bare to modern sensibilities without the benefit of a rosy tint. And it comes off, save for one glaring problem, remarkably well.

A story of espionage, betrayal, and murder set against the backdrop of a Europe that's about to be plunged into the the Great War, The Last Express is certainly unique. From its rotoscoped animation to its stellar voice work, everything about it screams quality.

There are other ideas at work here, too. The game plays out in real time, for example, and progresses in a non-linear fashion. Life on the Orient Express goes on whether you're looking or not, with NPCs interacting with one another when you're not there.

You play Robert Cath, a doctor who leaps onto the train and finds himself embroiled in a murder plot involving a former friend, a concert violinist, and a mysterious object known only as The Firebird.

The game doesn't involve as much lateral thinking as many examples of the genre, but it unravels its tale with Hitchcockian precision, lacing each dialogue exchange with hints, clues, and red herrings.

Where it lets itself down is the control system. Arrows appear on screen to let you navigate around the confines of the train, and tapping them moves you in the corresponding direction.

Unfortunately, quite often your taps don't register, or you end up turning the wrong way. When you're moving, it's annoying, but in the game's occasional fights it becomes horribly frustrating.

It's a black mark in an otherwise impressive, incredibly enjoyable experience. Hopefully it won't put too many people off this beguiling, unique mystery, because The Last Express really deserves to find an audience this time around. 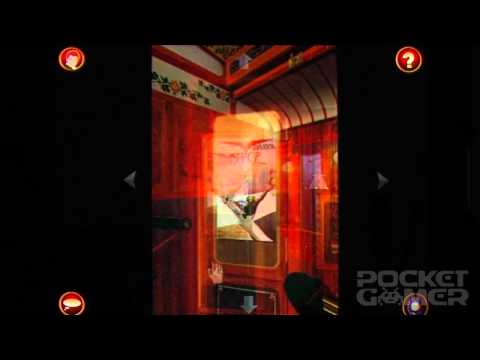 Want more? Check out our growing collection of The Last Express articles!

A brilliant point-and-click adventure that's let down by its pointing and clicking, The Last Express is still worthy of your undivided attention
By Harry Slater
| Sep 27, 2012 |
iOS + Android
Find out more about The Last Express