The next step in the cyber war against Iran is being fought by Rovio.

At least that's the going theory according to a group of Iranian gamers.

The Iran Computer & Video Games Foundation recently accused Angry Birds Space developer Rovio of including two anti-Iranian levels in the 'Fry Me to the Moon' update to the game.

According to a translated letter sent to Rovio, the Iranian gamers claim that levels nine and ten of the expansion pack feature a planet shaped suspiciously like Iran (see comparison image at bottom), while level ten features a structure that bears a strong resemblance to the Milad Tower, Iran's tallest building.

It also goes on to identify Angry Birds Space as being a part of the US-lead cyberwar against Iran, despite the fact that the game was developed in Finland.

Rovio has yet to respond to the accusations, but we will keep you updated if and when that should happen. 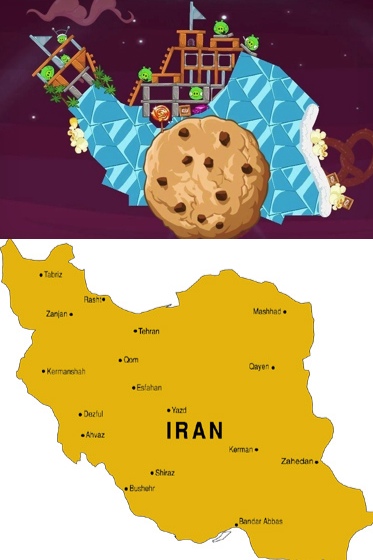 The Last Express pulling into the App Store on September 27th