ZTE is probably best known for its successful though frequently underrated San Francisco handset for Orange.

Though there's now the San Francisco 2 on Orange, and the identical Vivacity on T-Mobile, ZTE also has a handset with a bigger screen in the form of the ZTE Skate.

It's a handset that ZTE, like rival company Huawei, is using to establish itself as a phone maker in its own right, not simply a manufacturer that produces network-branded handsets. 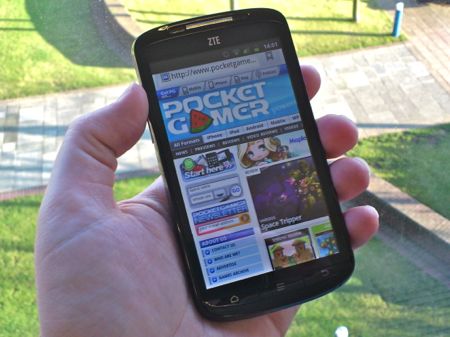 In terms of performance, the Skate has a very large 4.3-inch screen that displays 480x800 pixels, and a 800MHz processor running Android 2.3 (Gingerbread). On the flip side is a 5-megapixel autofocus camera with LED flash, and the ability to capture VGA-resolution video. It weighs 148g and measures just 11.35mm in depth.

What you won't find is anything fancy like a aluminium unibody, or a tough plastic polycarbonate shell such as that found on the Nokia Lumia 800. What you get is fairly cheap, shiny plastic that seems to catch fingermarks even without you having to touch the phone.

Some will say you get what you pay for, but aside from needing to be wiped regularly the ZTE Skate gives you quite a lot for your money.

But, just as I began to start installing some of my own apps on to the phone, I discovered a major flaw. There's virtually no phone storage space put aside for apps. 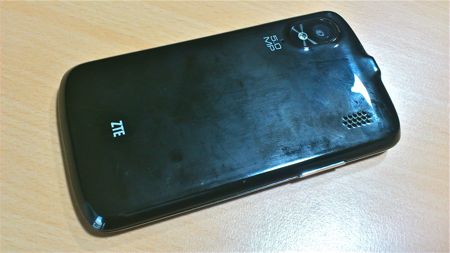 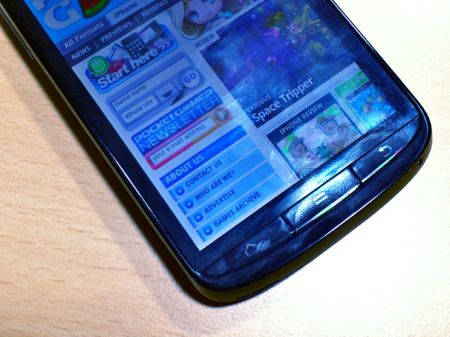 A lot of apps do allow you to install data on an SD-card, and there's a card slot included. But that doesn't solve the problem because not all of the data is copied over when you install to SD. Perhaps more importantly, a lot of apps won't work properly if installed on an external memory card. This can mean widgets don't update, or an app can't update its data.

This problem comes down to the Android OS, but it's something ZTE should have thought of before giving the phone a miserly 162.5MB to work with.

After installing just a few apps, I was given the dreaded low memory warning that effectively told me the phone was full. Some people are going to find that they'll have to be selective about what apps and games to install, and even be forced to delete some before installing others.

To me, this is almost enough to be a total deal-breaker, but the phone does redeem itself in some other areas. The graphical performance, tested using the Neocore benchmarking app, returned a not-too-shabby 47 frames per second, while the internal speaker is very loud and clear – which will be a boon for hands-free conversations, or playing movies and music out loud (just not on my train please).

There's no need to worry about its performance at playing Adobe Flash content, as there's no support for Flash at all. 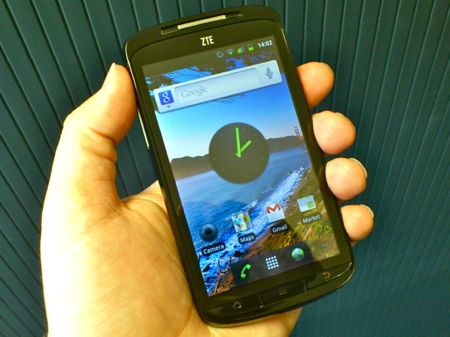 When it comes to the rest of the phone, think of it as a bog-standard Google phone. The Skate has the standard Android homescreen, launcher, icons, and colour scheme. You get the native web browser and the Google camera app, which is extremely basic. There's no front-facing camera for video calling.

The San Francisco was a good phone because it was cheap and easy to unlock and de-brand. The Skate retails at nearer £200 in its non-branded guise (you can pick it up on Orange as the Monte Carlo for £120 on pre-pay, but it's listed as 'out of stock' at the time of writing the review). Suddenly, the phone isn't really such a good deal.

The battery is also smaller than most smartphones, and we question whether 1,400mAh is enough to keep a phone with as large as display as the Skate's going.

There's another annoyance, in that you can only unlock the phone by pressing the power button on the top-right. On most phones, a tap of the home key will bring up the unlock screen. It may sound petty, but it's just another little niggle that left me with the opinion that the Skate is decidedly average, despite sounding good on paper. 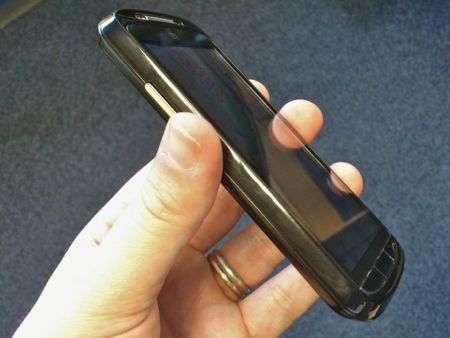 So can I recommend it? Well, if you're on a very tight budget and can actually get the Orange-branded model for £120 or less (and that means you have to want to be on Orange, and accept the Orange branding), it does outdo the San Francisco 2 with its smaller display, but you'll have to be prepared to be selective on what apps you install.

For some of you that might be okay, but if you're a moderate user of apps and games you're probably better looking elsewhere.

ZTE has attempted to replicate a high-end smartphone for a lot less money, but while I'd accept some corners being cut, for obvious reasons, the Skate has been left with hardly enough storage space to let you install even a small amount of the apps and games it is capable of running. The camera is also decidedly average
By Jonathan Morris
| Dec 2, 2011 |
Mobile
SEE COMMENTS