Here's a dangerous genre for you.

Dangerous not in a political, moral, or nuclear sense, but in a social one. Any reformed Civilisation player will tell you just how hazardous strategy games can be to your free time and your relationships. 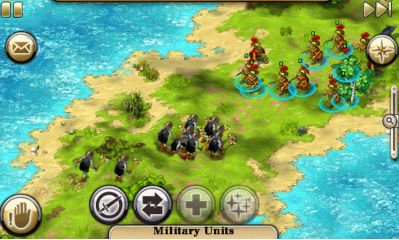 Starting off this list is a quintessential classic of the genre. There have been many iterations of the 1993 Amiga RTS, and this touchscreen version of The Settlers - already ported across a selection of smartphones - is in instant reminder of how timeless good game design can be.

Having washed up on fertile land, your merry band of Roman, Viking, or Mayan colonists will need guidance as they cultivate the barren landscape before them.

That doesn't just mean killing everything in sight, either. You'll have to mine and manage resources while determining the path of your ever-growing band of underlings. On the way, you'll have to trade and build alliances.

Failing that, you could eradicate everyone that's not on your side. That is an option too. 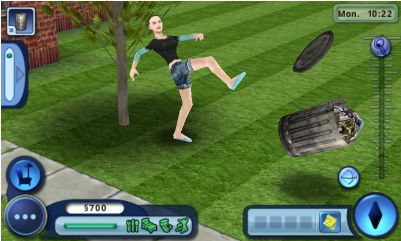 We're sure that Will Wright knew exactly what he was doing when he began developing the original PC version of The Sims: he was tapping into the human sin of nosiness.

It's as surprising now as it was then, but watching and guiding your sim avatar is compulsive stuff, even if the tasks are humdrum. 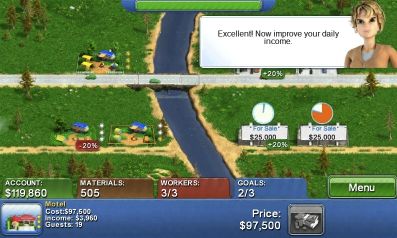 Hotel Mogul is a time-management game which owes a lot to iPhone hit Build-a-lot. And that's a good thing.

As unfortunate wife Lynette you must enter the hotel estate-management market in order to win back your family business from your husband, a despicable type now living it up at your expense.

You'll have to buy, develop, and sell ventures like guest houses and camping sites, as well as commercial estates like coffee shops and theme parks as you work your way up the financial ladder.

Keep an eye on the clock, though, as this isn't a freemium social game, and time is not on your side. 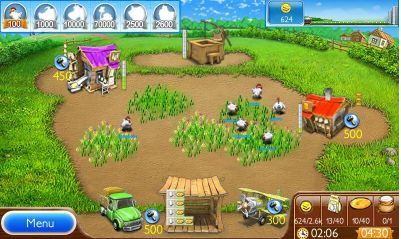 Much easier than actually attempting to run your own farm is Farm Frenzy 2, an ample testing ground for wannabe green fingers.

You won't necessarily have to wake up at dawn's crack to get to work, but you will have to maintain your farmland while building up your produce repertoire.

Selling eggs, cakes, and steaks will enable you to move onto bigger things, with 12 buildings waiting to be constructed and 19 awards to be earned. 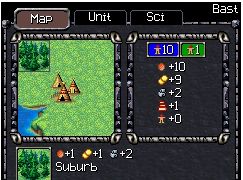 Revival is unabashed. It has absolutely no qualms about being compared to strategy great Civilization, and it's plain to see, not just from the blurb on the Samsung Apps store but from every pore of the game itself.

It's certainly not an easy game to play, because it's not very intuitive. Any player, even the Civ hardened, will struggle initially, as reams of stats flood the screen and the pixelated graphics make for some strenuous reading.

But struggle stalwartly through those initial stages and you'll become enamoured by its scale. Military battles, economic warfare, scientific development, political manoeuvring. It's all here over seven planets and 13 missions.

Galaxy Nexus being made 'almost unusable' by volume-changing issue