Did you see The X Factor at the weekend?

Panic not, dear readers - the top bods here at Pocket Gamer haven't decided to turn this illustrious site into some kind of shrine to Simon Cowell's ITV cash cow.

Rather, this week's episode of The X Factor actually held great significance for the mobile market. During one of the show's many commercial breaks, one of the first ads for the Nokia 800, the Finnish firm's maiden Windows Phone handset, aired.

Though the ads themselves were shorts - showing nothing but brief glimpses of the blower - they were significant for one important reason: the phone hasn't actually been unveiled yet.

Nokia's first device for Microsoft's platform - the result of a ground-shifting strategic partnership between the two companies - won't be officially announced until later this week at the firm's annual Nokia World conference in London.

But, if the prospect of a new Nokia smartphone fills you with about as much excitement as the idea of The X Factor Live visiting a town near you, there are reasons aplenty for a moment's re-evaluation. Here are five of the best. 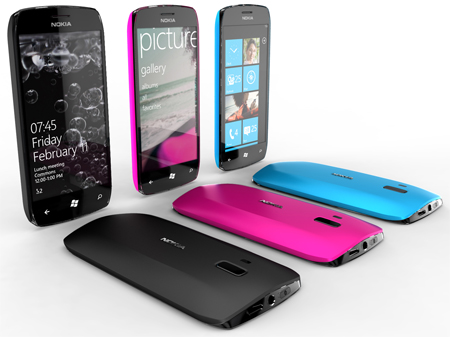 Even the staunchest of Nokia supporters would have to admit that since the rise of iPhone and Android, the Finnish firm has suffered a steady decline, going from top dog to archaic also-ran.

In truth, however, it's not the handsets that have been found wanting, but rather the operating systems running on them. The moment Apple lifted the lid on iOS, Symbian felt entirely out of touch. In turn, Nokia's reputation as a firm on the bleeding edge has been severely dented.

The quality of Nokia's hardware should never be in doubt, though. Chances are, the vast majority of people reading this article have owned a Nokia handset at one point in your life, and you all probably view them in much the same way: indestructible.

If the firm's history is anything to go by, Nokia's first Windows Phones will more than likely outclass those already available on the platform from day one, serving up the most stylish - and more importantly - sturdy devices Microsoft's mobile OS has seen to date. 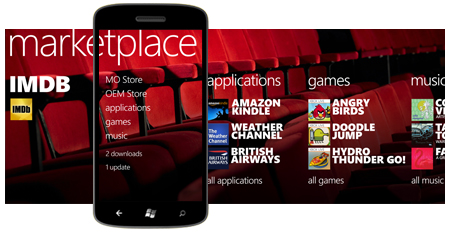 Details are currently sketchy, but Nokia's plan is to bring the remnants of its Ovi Store (set for a rebrand) across to Windows Phone when it makes the leap.

It's a significant change in approach for the platform. Currently, manufacturers like HTC and Samsung are assigned set sections within the existing Windows Phone Marketplace - storefronts only accessible to those sporting handsets from those respective firms.

Microsoft has hinted, however, that owing to its somewhat special relationship with Nokia, the Finnish firm will be afforded even more freedom.

As such, while it's unlikely on a technical level Nokia will bring its Symbian library across with it, the launch of Nokia's first handsets for Windows Phone - and the millions of customers it'll bring with it - will undoubtedly increase the interest in the platform on the part of developers.

It'll be some time before Windows Phone Marketplace is able to compete with the App Store in terms of content, but bringing the world's biggest phone manufacturer on board is unlikely to do the platform any harm. 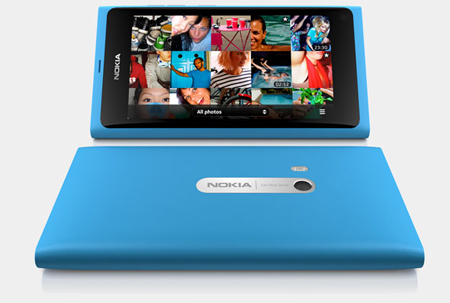 Thanks to the unveiling of Nokia's N9 - the firm's short-lived MeeGo handset and close cousin of the Nokia 800 - we already have a fairly firm fix on what the firm's first Windows Phone will have to offer.

One of the Nokia 800's expected standout features is its camera, for, like the N9, it'll reportedly pack an 8-megapixel snapper on the back.

It's also believed that the Nokia 800's camera will contain a Carl Zeiss autofocus sensor lens. For the unschooled, German firm Carl Zeiss has been manufacturing high-quality camera lenses for about as long as camera lenses have existed.

The Nokia 800's camera should not only give the iPhone 4S's much-praised snapper a run for its money, but also the kind of high-end digital cameras usually reserved for the seriously rich. 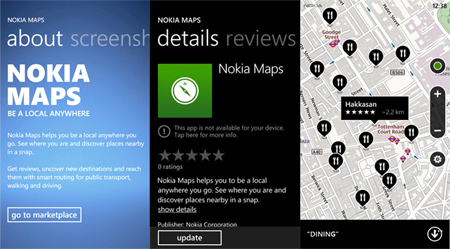 Microsoft might be something of a software powerhouse, but Nokia has a few cards up its sleeves to play in this field, too. One key component in Nokia's business is navigation specialist Navteq.

Indeed, one of Windows Phone's key selling points once Nokia rolls into town will be the integration of a Navteq-powered Nokia Maps app, which should supplement the existing Bing Maps setup rather nicely.

Again, no one bar those within Microsoft's and Nokia's HQ is sure whether the firm's Navteq tech will be made available to other Windows Phone vendors, but it's a safe bet some sort of turn-by-turn navigation tool will be bundled with the Nokia 800. 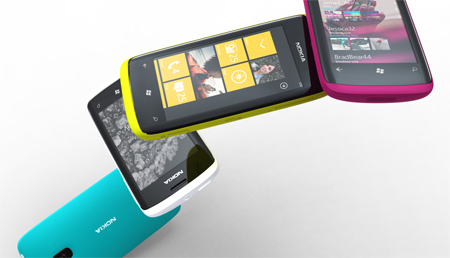 It's fair to say Windows Phone has been anything but a top performer at the tills since it launched last autumn.

Though the likelihood of Microsoft throwing in the towel at this stage is as slim as Steve Ballmer popping into his local Apple Store to purchase a MacBook Air, its support of Nokia has been key in securing the backing of other manufacturers.

Since Nokia and Microsoft's strategic alliance was confirmed back in February, new players like ZTE, Fujitsu, Toshiba and Acer have all announced Windows Phone handsets of their own. Existing partners Samsung and HTC, meanwhile, have moved to deliver new devices less than a year after their first phones hit the shelves.

It's unlikely, of course, that the Nokia 800 - or, indeed, any handset from the Finnish company - will topple iPhone and co. any time soon.

What it will do, however, is ensure Windows Phone doesn't go the way of webOS, with long-term security for Microsoft's smartphone venture one of the biggest plusses any single player could possibly bring to the table.

Hands-on with the Motorola RAZR

Liveblog from Nokia World 2011: The Empires Strike Back?