As many a sympathetic girlfriend has told her self-conscious partner, bigger doesn’t always mean better. However, in the case of the HTC Desire HD, size most certainly enters into the equation.

When you cradle this gargantuan phone in your shaking palm and stare longingly into that humungous 4.3-inch screen – which on paper sounds almost inconceivable in its monstrous proportions – you begin to wonder how you ever survived with anything smaller.

HTC’s sequel to its much-loved Desire is a true eyeful. It’s not just the massive display that captures your attention, though: the metal unibody – first pioneered on the likeable HTC Legend – makes a return, albeit in a larger yet thinner frame.

Solid as a rock 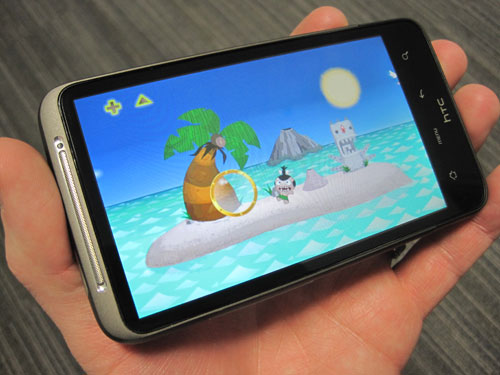 This solid construction lends the Desire HD a surprising amount of heft, and the absence of creaking sides bestows a sense of rugged reliability.

The only blots on the copybook from a design perspective are the awkward sliding plastic covers (which protect the SIM, MicroSD card, and battery) and the protruding camera lens, which sticks out like a sore thumb on the rear of the device.

But let’s return to that sizzling display, because it most certainly deserves closer inspection. Those of you weaned on the likes of the AMOLED-packing Nexus One and Samsung Galaxy S may initially be a little disappointed with the Desire HD’s WVGA screen.

When placed alongside its rivals, the display looks more than a little washed out. This is a result of the tech being slightly outdated when compared to the latest AMOLED screens, but in all honesty it’s only really noticeable if you’ve previously owned a phone which sports such a display. 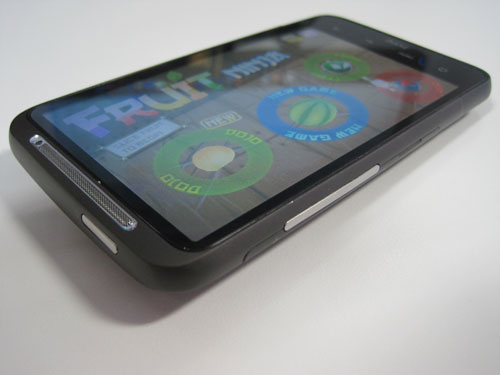 Although the resolution of this colossal 4.3-inch screen is 800x480 pixels – the same as that of the original Desire – the additional real estate makes a truly striking difference.

Granted, you can pick out individual pixels (something that doesn’t occur on the iPhone 4’s razor-sharp Retina display) but on the whole having all that space feels like a real privilege – especially when browsing the web or playing games - and most importantly of all it never comes across as too large or too ungainly to use.

Of course, HTC hasn’t built the Desire HD with just a gigantic screen in mind. The device has ‘flagship’ written all over it, coming pre-packed with Android 2.2 and the latest version of the company’s own proprietary Sense user interface.

You can expect all the usual features – such as appealing weather animations, tightly integrated Twitter/Facebook connectivity, and a cool Apple Mac-style home screen ‘exposé’ view, triggered by a pinch-to-zoom gesture. 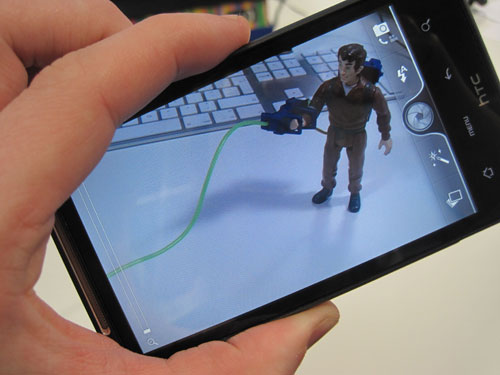 While we’re on the topic of multi-touch commands, it’s worth noting that the Desire HD doesn’t suffer from the same technical issues that plagued the original Desire and its sibling, the Nexus One.

The Desire HD’s screen is able to accurately track up to four points of contact, which means you won’t have any issue playing the latest multi-touch titles.

Beating deep inside the Desire HD is a powerful second-generation 1GHz Snapdragon ‘Scorpion’ processor, ably assisted by a staggering 768MB of RAM. To put that into perspective, the Nexus One has a first-gen Snapdragon with 512MB of memory.

Another big bonus is that the Desire HD has a cavernous 1.5GB reserved for app storage – the Nexus One has less than 200MB.

What all this means is that the Desire HD is able to toss around applications without even breaking into a sweat: you can have several apps operating at once without any real degree of slowdown. 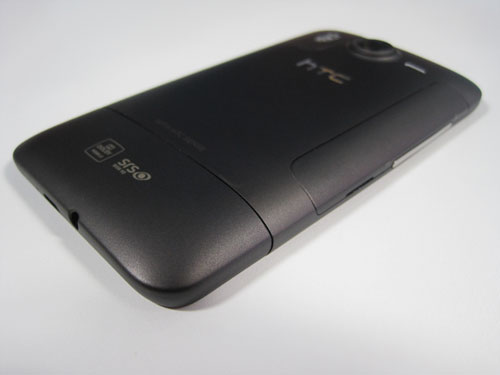 The improved app storage means you don’t have to constantly keep uninstalling programs in order to download new ones – a common complain on both the Nexus One and the original Desire. And let’s not forget that the Desire HD comes with a MicroSD card slot – capable of housing up to 32GB of memory – to further enhance its storage potential.

From a gamer’s perspective, that massive screen is a huge benefit. Granted, some games look a little rough when blown up to 4.3-inches, but the magnitude of the issue isn’t as bad as the jarring leap between iPhone to iPad.

Besides, many titles – such as Rovio’s Angry Birds and Hexage’s EVAC – have been coded to support higher resolution displays, and as a result look absolutely stunning on the Desire HD.

The aforementioned inclusion of true multi-touch support means that controlling these slices of interactive entertainment is a complete and utter joy. Naturally, a three-axis accelerometer is also on-board for motion-sensitive gaming. 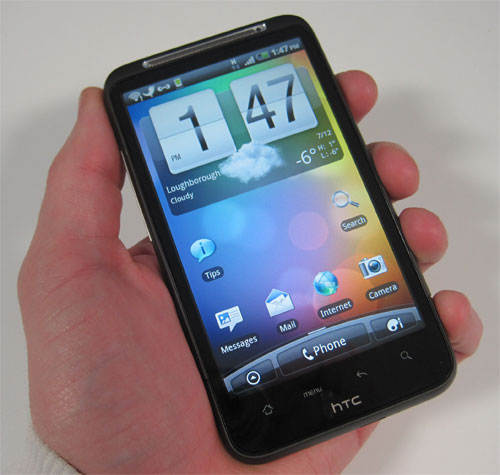 After all these positives, it seems almost unsporting to draw attention to a negative, but the Desire HD’s Achilles heel is unquestionably its battery life.

In order to keep the phone as svelte as possible HTC has opted for a 1230mAh rechargeable battery pack, and this insistence on size over power comes dangerously close to clipping the wings of this otherwise impeccable phone.

If you keep wi-fi switched off and make sure the screen is on its lowest possible brightness, you may get an entire day out of a single charge. However, during the course of our review we obviously put the Desire HD through its paces, and were disappointed with its stamina.

A few hours of surfing, gaming, video recording, and music playback were all it took to suck the Desire HD’s puny battery dry. Keeping a spare power cell handy is one option, but the battery is incredibly awkward to access and replace – a consequence of the phone’s impressively compact design.

This rather irksome issue is practically the only serious criticism we can level at the Desire HD: everything else is nigh-on perfect.

Android at its finest 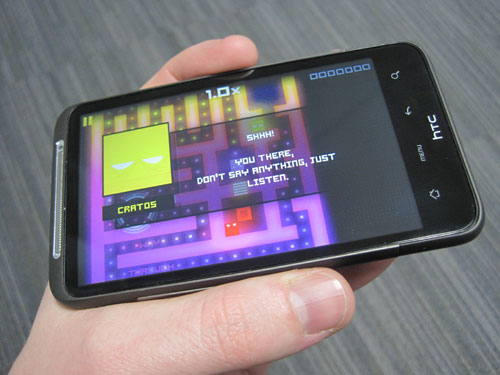 HTC’s talent for fusing appealing hardware with slick software remains largely unmatched, and although the Sense skin slows down the rate of Android OS updates (despite the impending release of 2.3, you can expect this phone to be stuck on 2.2 for some time yet), it’s easily the best of all the proprietary Android UIs we’ve seen.

Ultimately, the battery issue is par for the course with modern smartphones so there’s every chance that dedicated Android veterans will be more than willing to overlook the problem.

The Desire HD certainly has the charms to make you forget about such trivialities: we’re almost ashamed to mention it again, but that screen really is a treat. If you’re already a fan of HTC’s work then it really is a no-brainer - the Desire HD should without a shadow of a doubt be your next phone.

That tremendous 4.3-inch screen is obviously the Desire HD’s main selling point, but the phone also packs in an incredible degree of functionality and power, making it one of the finest Android phones we’ve had the pleasure of using
By Damien McFerran
| Dec 10, 2010 |
Android + Mobile