10 N-Gage games that deserve a second chance on Ovi

It wasn’t all bad, you know

And so the plug has finally been pulled on N-Gage. While the service will remain running for the next year or so, there’ll be no new releases and no more marketing pushes.

As Stu mentioned in his obituary, the whole venture has come across as rather half-arsed. But let’s not forget that in amongst the wrong turns and the lazy Java ports, there were some bona fide classics that would grace any mobile platform.

Indeed, the pick of the N-Gage service really deserves to be made available to a wider audience - something we hope that Ovi will facilitate.

These are the games we’d most like to see cropping up again on the Ovi Store, having hopefully shed the unwanted baggage of having been an N-Gage game, with the potential of starting new and fruitful franchises.

Are there any that we’ve missed? Let us know below. 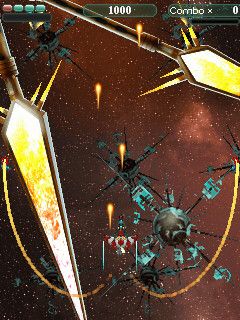 As a marker for the hardcore market Nokia went after in the early days, Space Impact Kappa Base is exemplary. Slick, good looking, fun to play and hard as nails, this was a gamers' game that was tailor made for N-Gage.

Despite being a fairly traditional 2D shoot-‘em-up, SIKB isn’t without its innovations either. For example, the game rewards you for dicing with death, skimming enemy bullets serving to build up your Combo Bar.

Despite being an early release for the N-Gage relaunch, Space Impact Kappa Base has stood the test of time surprisingly well, while the innovative online clan system has prolonged its life considerably. We’d love to see it reappear on Ovi. 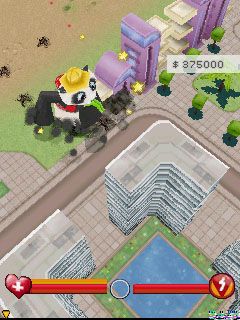 The last Nokia-published game to drag itself out on of the N-Gage stable just before the doors were shut, Mega Monsters was never likely to get the attention it deserved. Developed by mobile wizards Firemint, who have been responsible for some of the iPhone’s finest games to date, it would no doubt sell in considerable numbers on any other platform.

It’s an homage to the classic monster-masher Rampage, placing you in control of a giant mutated animal and tasking you with stomping through cities, toppling sky scrapers along the way.

There’s definitely some unfinished business with the Mega Monsters IP. We hope that Ovi provides the platform for some closure. 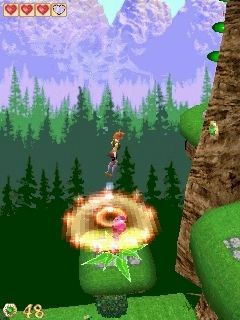 The poster child for the first N-Gage platform, Pandemonium turned up a little too late in the day to boost the fortunes of the second floundering service.

It remains an impressive and unique platform game, despite over a decade having passed since its first release on the first PlayStation, and it’s done enough to prove that it could survive another platform transition with its charms intact.

You play the part of either a crazed jester or a curvaceous wizard in a technically impressive 2.5D platformer. While the action stays fixed to a single plain, the camera swoops in an out impressively.

Fingers crossed for an Ovi revival. 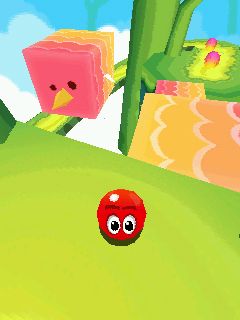 As the closest thing to a mascot Nokia has got, it wouldn’t be a great surprise to see Bounce Boing Voyage making its way to Ovi. It’s much more than a pretty face, though, and it deserves to make the leap based on its general excellence.

Essentially a 3D platformer, BBV switches effortlessly between high-speed Sonic-style sections and slower paced, more cerebral puzzley bits. Meanwhile the graphics are as bright and as imaginative as any number of similar DS games.

Bright, fun and accessible, Bounce Boing Voyage would be a perfect fit for the new all-inclusive Ovi service. 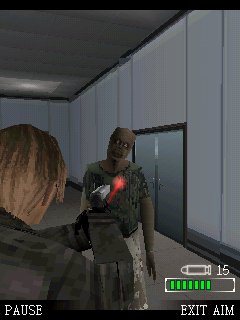 One thing that the latest N-Gage service was heavily criticised for was a lack of games that distinguished themselves from lower-tech Java experiences. Resident Evil: Degeneration was one that did just that, placing you in an impressive console-style third person shooter.

As Leon Kennedy, you must blast your way through an airport that’s been overrun by zombies. There’s a potent arsenal at your disposal, and a sophisticated aiming system to pinpoint your shots.

Along with Metal Gear Solid Mobile, Resident Evil Degeneration was the kind of big-budget experience that should have been the norm on the N-Gage service. Here’s hoping we see more of its kind on Ovi. 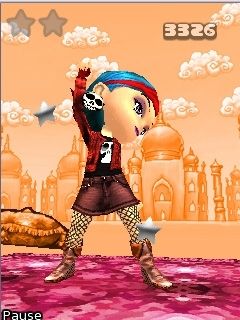 For all the faults levelled at Nokia, it couldn’t be said that it didn’t lead from the front with N-Gage. Its self-published titles were uniformly excellent and well tailored to the N-Gage platform, as Dance Fabulous showed.

It’s a unique take on the rhythm action genre, making only a casual nod to strict beat matching. Rather, the game tries to encourage a varied approach, focusing on customizing your dancer’s move-set and appearance.

Indeed, the customisation theme is carried through to the music itself - you’re able to import music from your own collection for your avatar to jog along to. Nokia would do well to carry across some of the innovation found in Dance Fabulous to their new service. 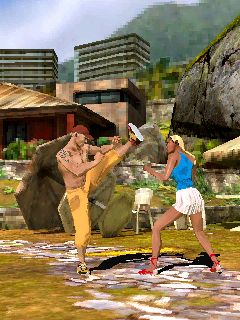 Not many developers are brave enough to tackle the one-on-one fighting genre on mobile, but Digital Legends attempted it with ONE. Even more remarkably, they went for a 3D engine more commonly seen on the console sat below your TV.

But the most remarkable thing of all is that they succeeded. ONE is a truly epic fighter that plays beautifully on a mobile D-pad, accessible to novices yet rewarding for purists.

This has been achieved thanks to a stripped back, easy to access fighting system that places the emphasis on timing rather than complex button combinations. It’s a system we’d desperately like to see more of. 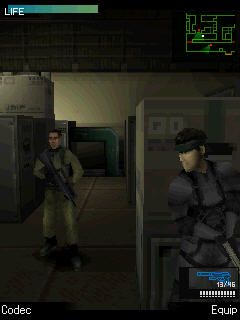 Metal Gear Solid Mobile’s arrival at the end of 2008 gave us a glimmer of hope for what was already shaping up to be N-Gage’s make or break year. It was one of the finest mobile games of the year.

It achieved this feat by distilling all of the key MGS elements into an intense, graphically impressive two hour adventure. It also boasted a gripping story and several ingenious elements, such as using your camera to set the colour of your camouflage.

Metal Gear Solid Mobile is one of those rare titles that bridges the gap between mobile and console games, so it would be a crying shame if it died along with the N-Gage service.

Hooked On: Creatures of the Deep 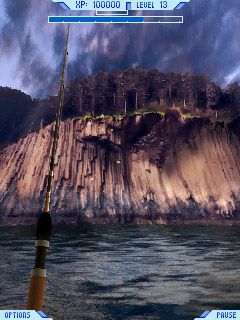 A rare and surprising success story on the N-Gage service, Creatures of the Deep sold like the proverbial hot-cakes. We’d be very surprised if Nokia didn’t capitalise on its strong performance with an Ovi-shaped relaunch, or even a sequel.

While fishing might not be the most obvious subject for a successful mobile game, any time spent with Creatures of the Deep will tell you why it did well.

By grafting a compelling RPG-lite levelling-up system onto the core fishing mechanic, the developers made it all but impossible to put down.

With plenty of side quests, excellent graphics and a fully featured online element, Hooked On was a rare game that made the most of the N-Gage system’s assets. More please. 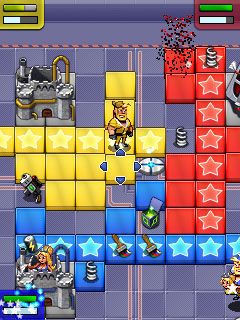 Like Mario on the Nintendo systems, Sonic on the old Sega consoles and Halo on the Xbox, Reset Generation stands as a towering monument over its host platform. Which makes it all the more baffling that it never sold particularly well.

This is the one game that demands a relaunch on a better-established platform, followed by a high-profile sequel. If we were to see this happen on Ovi, it will have made the whole N-Gage debacle worth it. Almost.