I'm sure that reading that sub-title, some of you heard the voice of Unreal or Quake's announcer. That's how powerful arena shooters are and in mobile, we didn't get a lot of them that felt right.

Back in the early days of the App Store, Eliminate was the most popular one despite its free-to-play energy system. It was fun, it controlled surprisingly well and you could find a multiplayer match in no time.

Sadly, with Eliminate now gone, we don't have those kinds of multiplayer experiences anymore.

Armjet is trying to recreate that feeling in 2D and it looks really great: 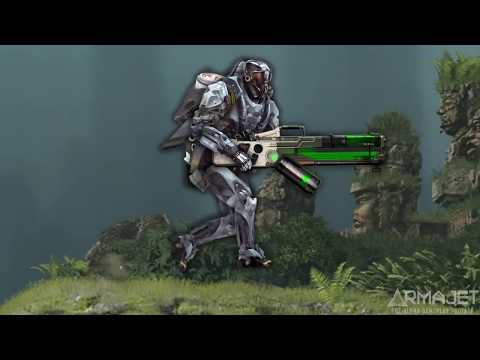 From the game's sense of speed to the variety of weapons on display, everything seems to indicate that Armjet could be a winner and impressions from the game's alpha are quite positive too.

You can still sign up for the alpha here but it's supposed to end on May 31st. The game should launch later this year and we'll let you know when we hear more about it.

Armajet: Three fun things you can unlock via packs