ARK: Survival Evolved is the next in the growing line of big name survival games moving onto mobile in recent months. Studio Wildcard revealed today that they, alongside War Drum Studios, will be bringing the hit dino survival game to mobile in its entirety sometime this spring. 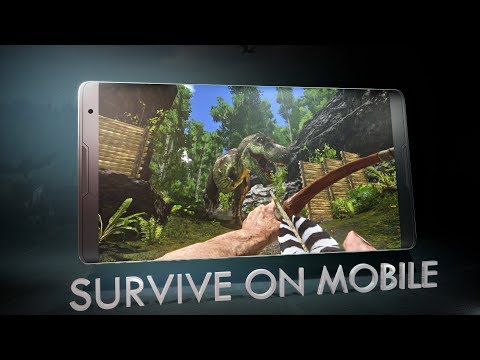 ARK’s mobile incarnation lets players choose between single-player or multiplayer modes. After creating a character, you find yourself stranded on a tropical island full of dinosaurs and other ancient beasts. Gather the tools you need to survive, build a base, and tame and breed over 80 types of dinosaurs to do your bidding. While the island is full of toothy predators, you’ll also have to be on your guard for other humans and rival tribes who are out for power and resources.

ARK: Survival Evolved launches worldwide on iOS and Android later in the spring. If you’re itching to see how ARK plays on mobile before then, there’s a closed beta happening right now on iOS. Make your way to ARK’s website for a chance to join in the test.