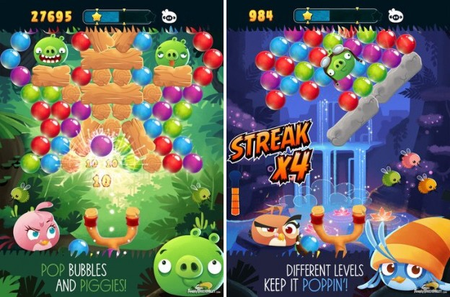 Rovio is currently testing two new Angry Birds games, but - shock horror - they are perhaps not the most original games you've ever seen.

First up, there's Angry Birds Stella POP!, which is in soft launch in Canada. This one is pure Bubble Witch Saga (or Puzzle Bobble, if you wish), as you must align like-coloured bubbles to make matches.

The different birds from Angry Birds Stella have different powers, and there are puzzles like Drop the Pigs and Beat the Clock. Now, before you pop with unbridled excitement, let's move on. 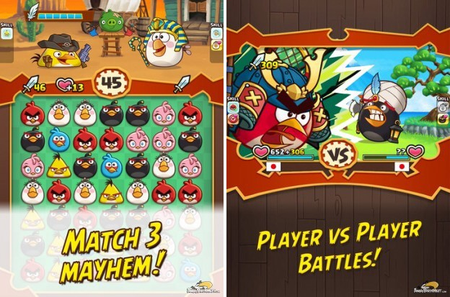 Angry Birds Fight!, which is currently available in Thailand, looks like the more interesting game of the duo. It's a match-three puzzler, sure, but it's mashed up with a real-time RPG like 10000000 or Puzzle Quest.

The more matches you make, the more damage you'll deal in frantic real-time punch ups with other players. You'll also equip weapons, and explore uncharted seas in a singleplayer quest against the pigs.

No idea when (or even if) these games will be released worldwide. We'll keep you posted. But what do you reckon - has Rovio finally run out of ideas, or would you play anything staring those cute little piggies?

Angry Birds Nest
Next Up :
Three Kingdoms: Legends of War is officially out now on Android and iOS

Angry Birds Fight! is the match-3 RPG you haven't been waiting for