How to save the eggs - 5 tips for Angry Birds Action!

It's alright. It's pretty fun. But it can be tricky. These five handy tips will help you get the eggs without running out of energy, and without pulling your hair out.

Get in the gaps

When the eggs start appearing on tall totems that take two or three hits to topple, the last thing you want to do is strike the tower and then bounce away again. You'll run out birds in no time.

Instead, try and squeeze your bird in a tight gap near the tower so it's forced to bounce around like mad and hit off the tower many times before the bird escapes. This should let you save the egg in just one throw. 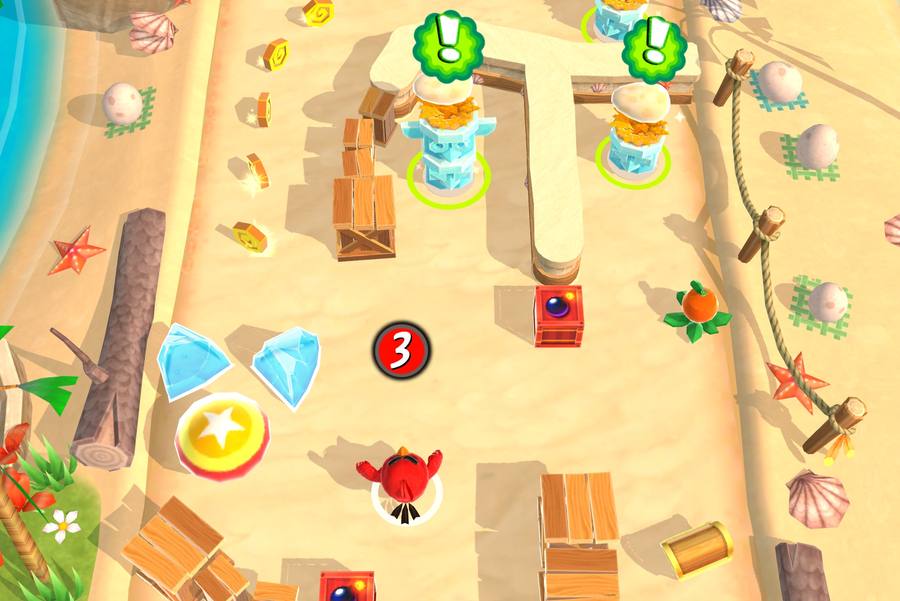 Some levels contain treasure chests which spill their goodies (usually coins) when you strike them. If you're feeling confident it might be a good idea to spend one throw on cracking open one of these chests.

Helpful items like the cannon and poles can be used multiple times on the same turn. So if you fire a bird out of the cannon and he bounces right back in, you can fire again (and again and again) without using up more turns.

Use this to break down a tricky wall in just one go. 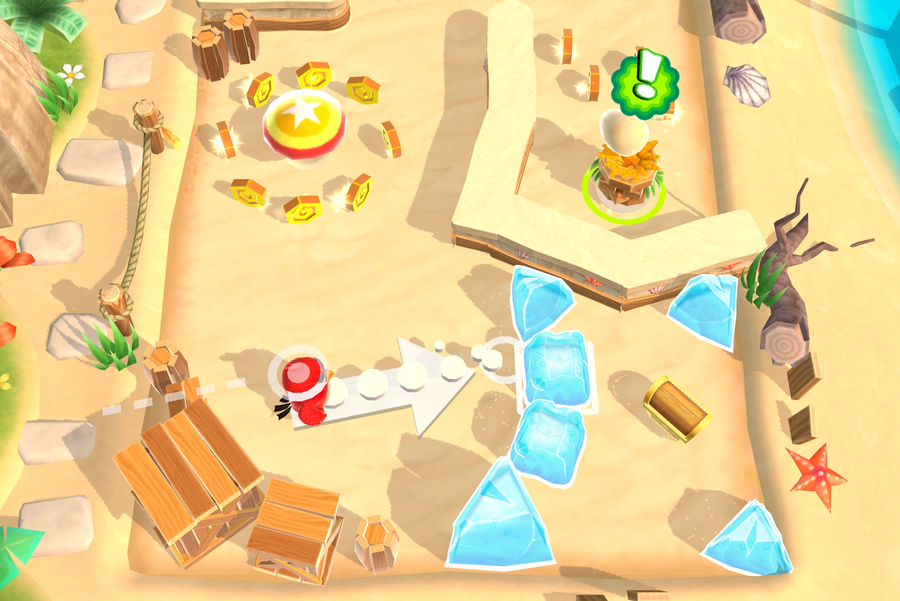 Remember that some different materials require more strikes to break. Ice smashes in one hit, large wooden obstacles need a couple strikes, and stone will only smash if you hit it three times.

This goes for the totems too. If the tower is made of wood it's going to be harder to smash than an ice tower.

It's okay to change your mind

If you've started pulling back on a bird, but decide you'd like to throw on a power-up or just take a break, simply drag your finger back to the bird and let go. This won't waste one of your goes, and you can plan your next move in peace!

Angry Birds ACTION! is a new soft-launched avian flinger with a twist, and we've got our grubby mitts on it