Don't get angry, get even 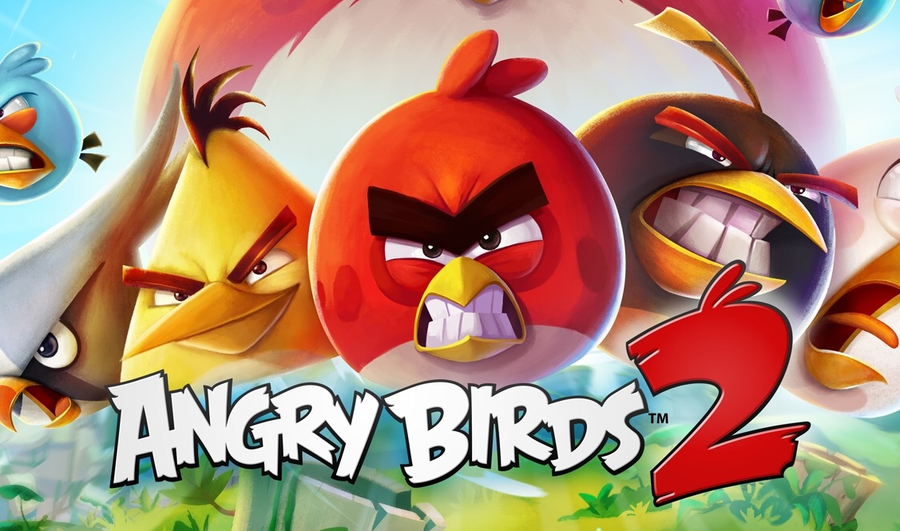 We'd normally provide video guides that show you how to finish every level in the game. But for this instalment, most of the stages are randomly generated.

So! If you want to get better at Angry Birds 2, a traditional guide won't help you. You can't learn the levels - you must learn the game. You must master the way of the bird. And that's what we're here for.

Check out these tips to save money, beat the piggies, and generally be a brilliant human being.

Get the daily rewards 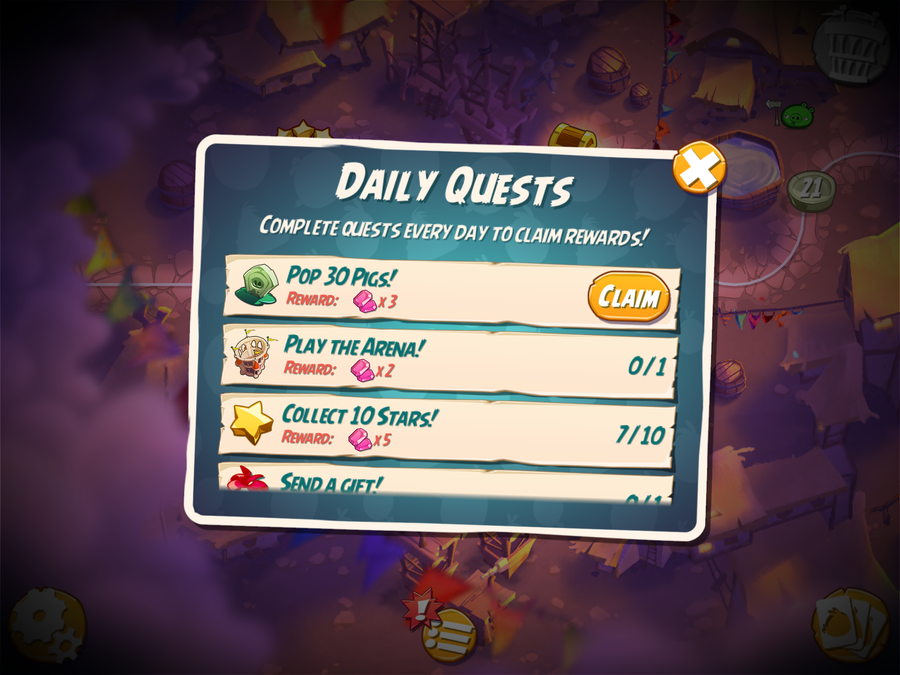 Yeah yeah, we know these are just manipulative mechanics to maximise "player retention" and other nonsense metrics. But still - if you want free currency you better come back daily.

You get a bonus each morning. And every day there easy quests (accessible from the list button on the map screen) that reward you with currency and other handy items.

In most Angry Birds games, making a bad start would have you reaching for the restart button. Break that bad habit: starting from scratch will only remove one of your lives.

Instead, stick to it and see if you can pull it back from the brink. There are no real benefits to starting anew - only drawbacks. 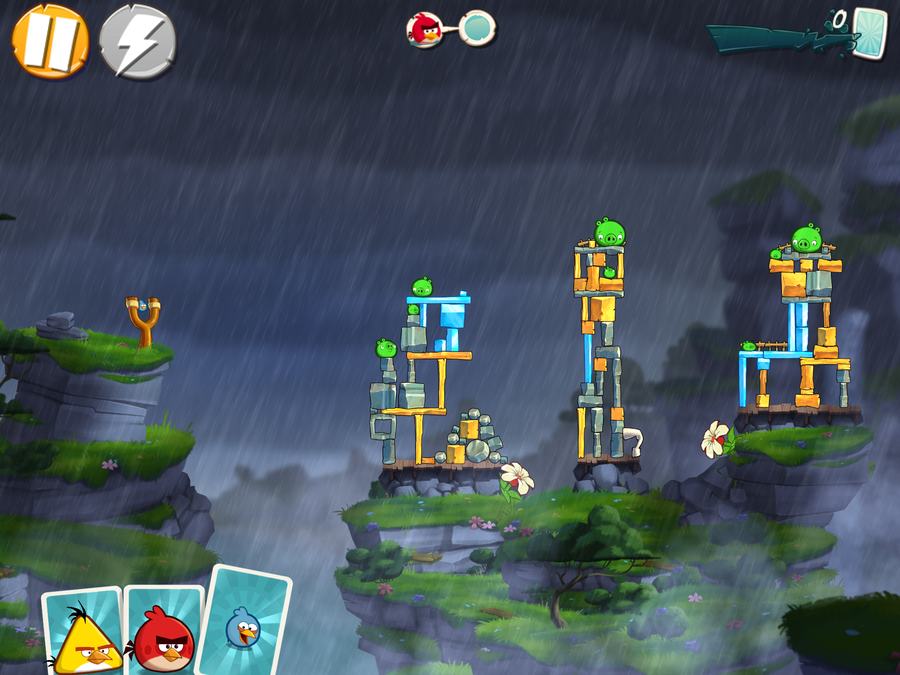 Some levels have traps, obstacles, and other doohickeys that can help or hinder your play.

In the early stages, for example, you'll find flowers that will chew up anything (birds, bits of level) that fall into their mouth, and then spit them back out. This can be a useful strategy for attacking hard-to-hit towers.

Change up the order

You no longer need to make do with the birds you're given in this game. You can tap on any card in the bottom left corner to swap between birds. Which is handy because… 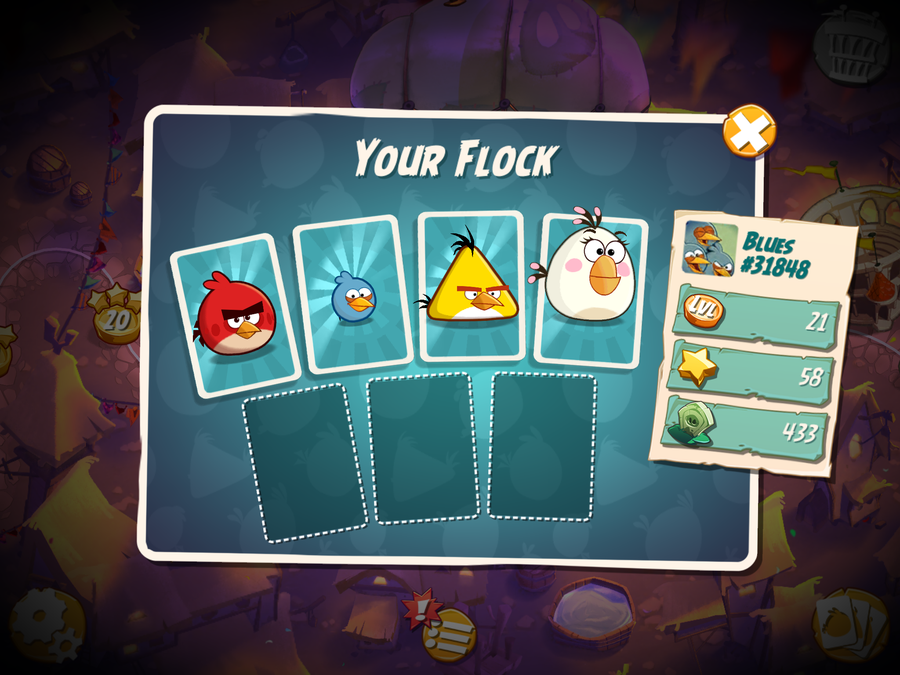 We all know that Chuck can fly fast and Blues can split into three. But some birds also have a material that they're particularly strong against.

If you see a building begin to topple, it may be smart to just wait a while. The building may just give in to the forces of physics and fall over, which could save you a precious bird. 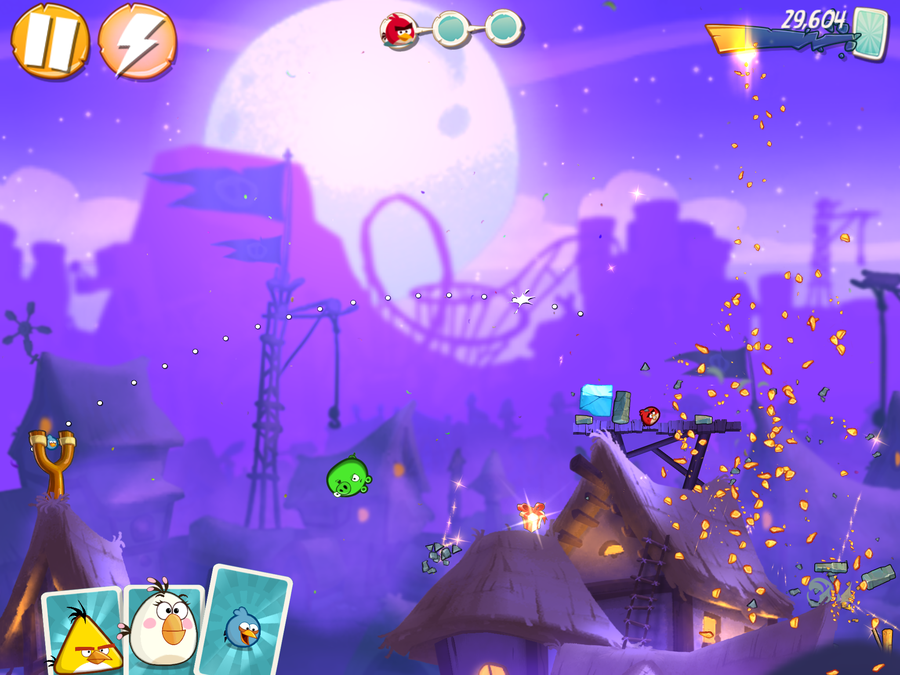 Need more birds mid-way through a run? You'll need to fill the card meter in the top right corner, which is fueled by destruction. This means that it's smart to try and cause as much mayhem as possible to get extra allies.

Matilda - the white bird - has a special power where she can drop an explosive egg onto the battlefield. But remember that her body - which is propelled top-right as soon as she poops out that egg - can becomes a projectile to land a second hit.

Just remember to let the egg loose when Matilda is close to the ground, or she'll just fly off into the stratosphere.

You can change your mind 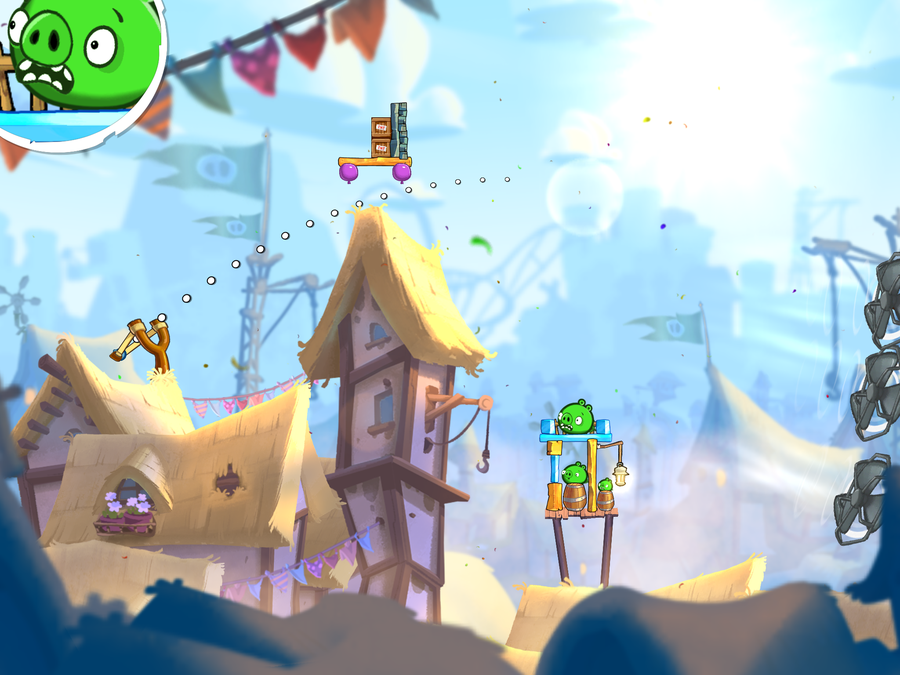 Pulled back on the catapult, but realised that you're using the wrong bird? Just drag the slingshot back to its resting position and let go. This won't fire the bird, and will let you reassess your strategy.