The jury will be heard

Despite Capcom's push to get Ace Attorney Investigations 2 localised for the Western world, it remains the only game in the series unavailable outside of Japan.

When asked about why Ace Attorney Investigations 2 had never made it over to Western shores, series producer Motohide Eshiro blamed problems with scheduling and a disbanded team.

It's a shame, but what can you do?

Well, if you're a die-hard fan of the Ace Attorney series, you'll take the translation into your own hands.

And that's exactly what a small team of Ace Attorney fans have done. They've just released a patch that enables you to play the first two cases of Ace Attorney Investigations 2 in English on your DS. Details of how to get it working are provided in that link. 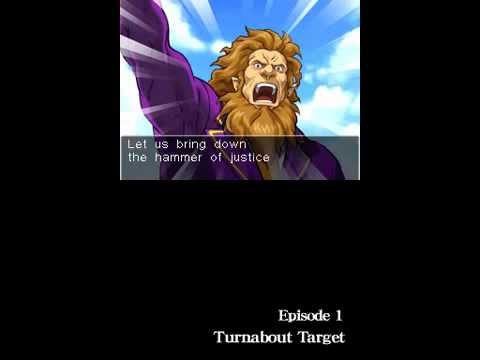 In Ace Attorney Investigations 2, you follow Miles Edgeworth (not Phoenix Wright) on his mission to investigate the assassination of the president of Zheng Fa.

As you can no doubt imagine, things soon take a turn for the grim. Yep, both the case and Edgeworth's career are under threat here.

If you're not willing to go through the effort of fiddling around with the patch but you are after more Ace Attorney, you don't have long to wait too long for Dual Destinies.

Tiny Cartridge
Next Up :
TerraGenesis: Landfall is the sequel to the hit space sim TerraGenesis: Space Settlers, now open for pre-registration